by M. Tomasch about a year ago in halloween

Give up the Ghost

I have explored with you the myth and facts behind two of the horror industry’s greatest villains: satanic cults and witches. Now, I will take you into the world of the paranormal and how horror films and shows have done it justice.

Up until now I have told you everything that the horror industry has gotten wrong about favorite antagonists. When it comes to ghosts and the paranormal, fact is scarier than fiction.

In recent years you may have noticed that some paranormal horror films come with a tagline reading ‘based on real events’ or ‘based on the real investigations of Ed and Lorraine Warren’.

Annabelle was a fantastic story about a possessed doll that terrorized a group of friends and brought destruction to whatever household it was in. The reality is much more terrifying. The porcelain doll, with its glass eyes and blonde hair was actually a red yarn haired Raggedy Ann doll that was the size of a child. Annabelle residing in her current home in a Connecticut museum of cursed or haunted items.

The doll was purchased at a secondhand store by a mother for her daughter who was away for college. It was meant to comfort her make her feel more comfortable in her new surroundings. Things were all right at first, until the girl and her roommate started noticing the doll was never where they left it.

At first each believed it was the other moving the doll when they would leave the house. When they realized that the doll was moving on its own they brought a medium into their home to make contact with the spirit inside the doll. This medium told the girls that the spirit was a little girl named Annabelle.

From here the story takes a dramatic turn as friends of the girls reported being scraped and having terrifying encounters with the doll. One friend reported that he was followed home by the doll where it proceeded to attempt to strangle him in his sleep.

The doll was removed by paranormal investigators and demonologists Ed and Lorraine Warren. Currently, the doll is located at the Warren’s museum of haunted and possessed items in Connecticut. 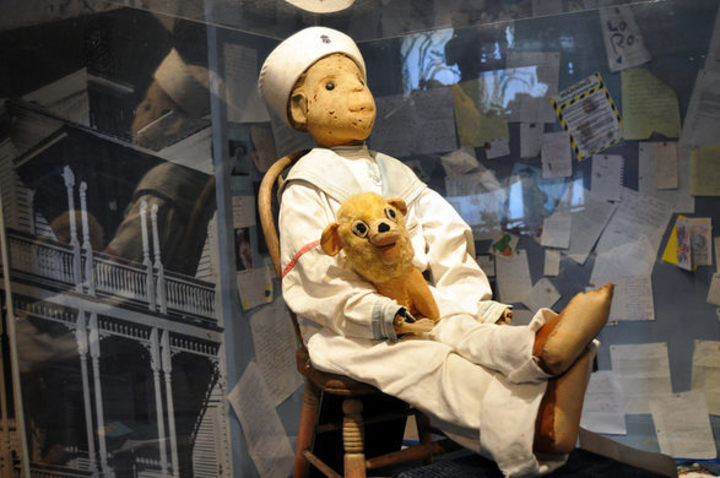 Robert the Doll sits quietly in his glass containment. The frequency of incidents with him are starting to fade as some believe that the spirit possessing him is fading or the curse is wearing off.

Robert was the childhood companion of artist Robert “Gene” Eugene Otto. How the doll came to be possessed is a mystery. One story goes that a servant, scorned by the Ottos, cursed the doll and gave it to the only child while other stories claim it was the disembodied soul of a sailor that found its way to the vessel of the doll.

Whatever the truth is behind the possession of the doll, the story goes that soon after coming into possession of the doll, Gene could be heard in his room holding full conversations in two different voices by himself. Whenever something would go array such as a freshly made bed having its sheets unmade, toys being found torn apart, or crashes throughout the home Gene would answer saying that “Robert did it!”

Well into his adulthood, Gene still kept Robert the Doll close to him, keeping him inside his bedroom after inheriting his parent’s home after their passing. The artist eventually passed with some reports saying Robert the Doll was in the room or on his bed with him as he died.

Robert the Doll resides in the Key West Fort East Martello Museum where a log of letters sent from visitors is kept as a testimony of the doll’s power. Most letters are from former skeptics who in disrespect of Robert took photos of him without his permission or mocked him through the glass. They write to him in repentance for their actions. Several reported that they had nothing but misfortune befall then or being haunted by the doll’s presence.

Whether a possessed doll, location, or person, there have been records of hauntings all throughout history. Over the past 20 years shows like Ghost Adventures, Tennessee Wriath Chasers, and Paranormal Survivor have sprung to life exploring the stories of hauntings and attempting to capture evidence of the paranormal.

A subject of several of these shows and the inspiration of a big screen adaptation, the Winchester Mystery House is reported to be one of the most spiritually active locations in the United States. Built by Mary Winchester under the pressure of appeasing the spirits claimed by her family’s industry, the house is full of oddities. From stairs that go nowhere to doors that do not open, the house is a bizarre assortment of unnatural architectural design.

Reportedly, Mary never stopped building and created the unique structure to confuse the spirits out for revenge. To this day the house is reported to have a heightened amount of activity and is believed to be a portal to the other side. 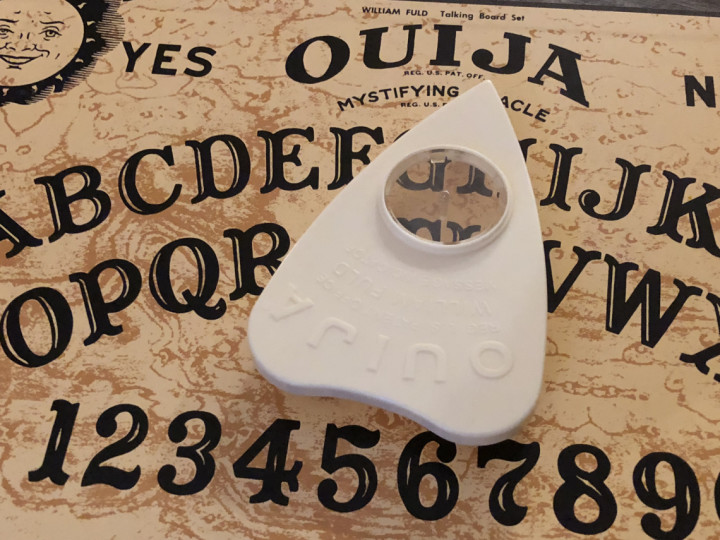 A favorite way for someone to contact the other side in fiction and reality is the use of a spirit board or Ouija board. The famous demonic possession that inspired The Exorcist is rumored to have been the result of a Ouija session gone wrong.

The board is a sacred doorway that, when opened, acts as a beacon on the other side for any spirit to see. This often results in the wrong spirit coming through or something malevolent finding its way onto this side. Anyone who is not prepared to deal with the other side or who takes the board as a joke are usually the targets of malevolent beings and is the cause of many severe cases of hauntings or possessions.

Theoretically, each and every person is a walking, talking, breathing doorway like the Ouija board, but that is a subject for another day.

The truth of the matter is whatever you choose it to believe. If you feed into the belief that there are ghosts in this world, then they are real. For the paranormal, the horror industry does not have to stretch the truth too far to tell a great story.

halloween
M. Tomasch
Read next: Run Necromancer
M. Tomasch
I live for a sigh, I die for a kiss, I lust for the laugh, ha ha! I never walk when I can leap! I never flee when I can fight! I swoon at the beauty of a rose.
See all posts by M. Tomasch →