(Comedy horror & slashers on this list)There’s different kinds of horror-you have comedic horror, psychological,slasher, ones with creepy kids… 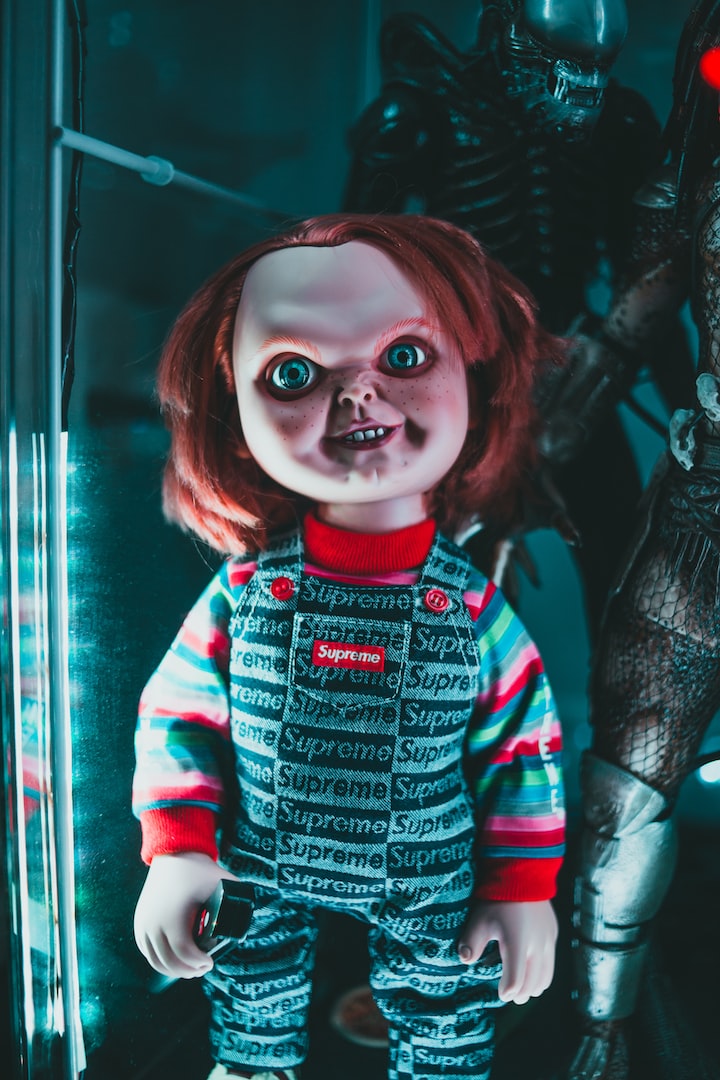 This can be paradies or just funny horror movies. They prioritize the jokes, but there's a boo factor there even if it's not meant to outright scare you, the people in the movie are hilariously scared.

Scary Movie 1-5 (well,you can argue that it stops being funny in the 3rd).

The most memorable scenes are in 2 which also has SUPERNATURAL elements. These movies poke fun at classic tropes and other iconic horror movies (#2 does a good "Poltergeist" impression, but it also hits non horror movies like "Charlie's Angels").

They are definitely not movies to watch with your gran unless she's into weed, bad words, a person peeing & puking in front of people for a long time, more weed (like he smokes with a mariquana monster).

Max and her friends go to see a B- minus horror movie and find themselves IN the world of the film. So what do they do? Use what they know about horror movies to survive.

I haven't seen this yet. So sue me.

Chucky may be getting ignored since there's gonna be a new doll in town soon, but he's still the goat. He's funny in a mean way. This could also go in other categories like slasher. A killer doll that comes to life from a ritual. I'll just add it in slasher since it's more focused on the murder and harm than the funnies, but don't think you won't get a good laugh out of this franchise.

The first one is set in Chicago, so of course I've seen it. It's like mandatory.

This one is definitely more silly than anything. There's Adam Sandler playing Hubie, a well hated man in the town of Salem. Sure he's silly and doesn't take hints, but he has a big heart, and that heart is constantly jumping out of his chest from cruel pranks and when he sees his crush. It's Halloween though, and Hubie must help his town from a murderer that only he seems to believe in. His big heart won't let him quit trying to save the town, but he probably should.

This one has...zombies...and funnies. You root for the main characters as they talk about zombies and the best ways to kill 'em while trying to live. Oh, and Jesse Eisenberg, Woody Harrelson, Emma Stone and Abigail Breslin are in the first one. The second one has new faces, but you see the old faces too.

I'm not the biggest zombie fan, but this movie is hilarious and pretty thrilling at the same time. I haven't seen the first in so long, but maybe I should.

A new movie from A24 that's listed as a horror/comedy when you search it up.A group of 20-somethings stuck in a remote mansion play a party game that goes wrong to say the least. Pretty darn "satirical," just watch the trailer.

I haven't seen it yet, so no opinion there. But, my friends have said it was pretty darn funny and interesting at the same time. It has a certain someone in it, so I may not see it. P.S Nazi Sympathizer movies, shows & books shouldn't be a thing...seriously

This is my personal fave next to psychological. It's basically what it sounds like-horror movies that involves a lot of blood/murder. There's typically one person wreaking havoc on a small town.

(been there done that)

Said to be a horror/thriller, so we'll add it to thriller later (ha).

Main character, Tree, is a college student. She wakes up one day realizing she has lived this day before, except this time there's a masked killer trying to kill her. And well, it does...but she just wakes back up to relive that day again and must try to avoid the whole "getting murdered" thing this time.

THE Michael Myers has decided to terrorize a town. Why? At some point, just because he can. I mean, why stop doing something you're incredibly good at?

Starts off with him murdering his enemies and teens having sex, but the franchise has gone on so long that I can't tell if he has a method anymore. I just watched Halloween Kills...and I'm ngl, I got confused at some parts, but it was a delectable time. There were so many bodies bodies bodies...speaking of

Scream (all)- the newest came out in 2022 with Jenna Ortega

horror/thriller-Not to be confused with "Scary Movie," as one (me) does. This movie has a masked killer (Ghostface) who calls and tells the victims how long they have to live. cool. There are secrets and running and blood...good times.

Just learned this has to do with Harvey Weinstein, so avoid it. I'm only adding it because I did Scream, and it would be bad if I didn't give a nod to the show version (same premise). But, seriously, not worth supporting Harvey Weinstein...at all. don't.

Also, I like to pretend the last season with the new cast doesn't exist (I love the actors outside of it, but this just didn't work imo) Now that I know it's Harvey's...it no longer exists. I refuse to believe it does.

More stories from Jay,when I write and writers in Horror and other communities.