by Justise 4 months ago in monster 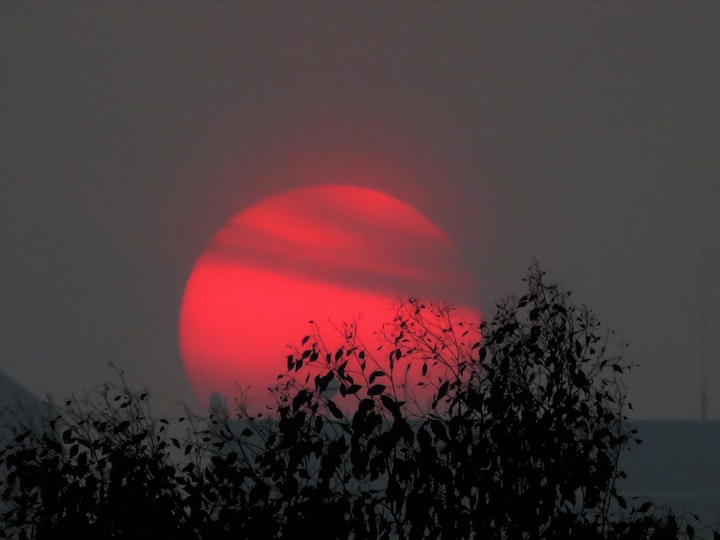 Photo by Peter Gonzalez on Unsplash

A 4-year-old girl in a small town in Italy sleeps peacefully in her velvet themed room. With her star hologram night light twinkling around her chamber, she lightly snores with dreams of candy shops and picture book characters coming to life.

In the room next door, just a few steps down the left corridor, lay a young Italian couple. They lie under gray sheets, whispering sweet nothings as they fall asleep. Outside the cozy family starter home, a shadow approaches. A shadow, created from darkness instead of light.

It has no need of knocking, for the darkness shadow walks into the small home with ease. But the question of how it opened the triple-locked door without a key or weapon, remains unanswered. The couple in the bedroom down the left corridor, who lie under the gray sheets, freeze as they hear the darkness shadow lurking outside the door. A young man, the young man married to the young woman, grabs a pocketknife sitting on the brown nightstand. Cautiously, the married couple step towards the door.

Quickly sneaking a glance at the intruder, the couple hurries to the velvet themed room. Despite her peaceful sleeping face, they wake the 4-year-old girl from her starry slumber. The girl is drowsy, and she really needs to use the bathroom. The couple warn her about the intruder, and to stay in her room. The young woman dials the phone number of the closest police station. The young man steps out the room. But he never steps back in.

The woman enters the hallway, accidentally leaving the door to the velvet themed room cracked. The darkness shadow turns around to find the couple sneaking up on him. Slash! A pocketknife, probably the one from the brown nightstand, swings and cuts the darkness shadow. But, it was not effective, and in the dark house, sitting in the dark night, it was almost as if the slash wound had healed itself. Back in the velvet themed room, a drowsy 4-year-old girl waits silently to go to the bathroom. She hears a bloodcurdling scream come from her favorite playroom.

She waddles out of her starry bedroom, soft, tiny feet padding lightly across the floor. Red. Her favorite color is red. A red trail, with red spots along the side of the trail. The girl walks through, oblivious to the danger that red signaled. Into the room, she waddles with her little, blood-soaked feet. Bodies. One sprawled on the floor, bleeding to death. Another, hanging from the hands of the darkness shadow. Red was everywhere, and on the floor, a red covered pocketknife.

The body of the young woman drops to the floor, two holes in her neck, and slashes along her throat and arms. The body of the young man lies on the floor still, with two holes in his neck, two in his left arm, and a slice through his throat. Red. Dark red pumping out of the bodies' hearts, there was no longer such a thing for them. Dark red were the darkness shadow's hands and face when it turned around to face the 4-year-old girl with the dark red feet.

Sirens rang outside. The triple-locked door busts down off its hinges. The girl turns, but when she looks back, the darkness shadow is gone. Police officers rush to her side. Horrified were the police officers at the red scene before them. Questions. But there were no answers. There had been an intruder. That was all. An intruder came to the cozy family starter home, where in a velvet themed, starry room a 4-year-old girl slept soundly, and a few steps down the left corridor lay a young couple cuddling under gray sheets.

This intruder left holes in its victims' necks, and slashes in their throats. It would have gotten the little girl, if only it had more time. And no one would ever believe, if they had heard it, that the darkness shadow's actual target was the 4-year-old girl who desperately needed a bathroom break. It was after the young girl, but got a young couple instead.

Taken. She was taken from that house; the little girl was. In a new place. A police station interrogation office. She was given a peanut butter and jelly sandwich and a juice box. She swung her short, red legs in the tall chair. Question after question they asked her, and every time it was the same. She sat there swinging her red legs back and forth, slurping apple juice.

Then finally, something changed. The one answer she could supply to the investigator. What the darkness shadow looked like. It was the one thing she could really remember, and would be the one thing she would remember for the rest of her life. She was the only one who saw it, and lived to speak it. A burning visual of white fangs and the glimmering red that stained them. From the mouth of the drowsy, 4-year-old girl with the short legs, and the tiny, blood-soaked feet came the words, "It had pretty red eyes and extra sharp teeth."

She still has not gotten to use the bathroom.

monster
Justise
Read next: I See You
Justise

A short story writer aspiring to be a true author. Occasionally writes about personal feelings aside from short stories.

See all posts by Justise →