by Michael Z. Atrata 3 months ago in fiction 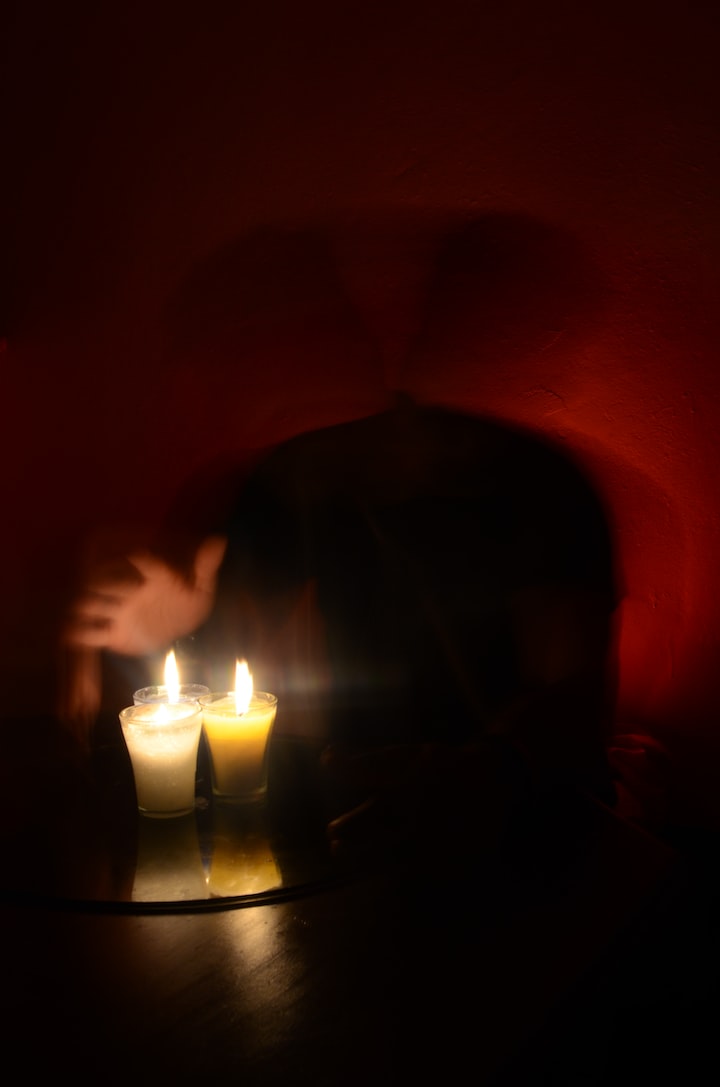 Photo by kat herrera on Unsplash

Whether I believed in it or not was irrelevant, at that time in my life nothing could have been further from my mind.

I awoke every morning with my girlfriend; young and in love, poor, in the big bad world, together. I would make her breakfast and coffee while she showered and dressed for work.

Me? I was nothing.

It was almost six months after graduation and not so much as an interview. I looked on every job board I could find an eventually got angry and ended up watching YouTube or Prime.

At first we were excited. It was a small apartment in an old building, but it was ours.

Eventually we stopped going out at night and on weekends, one income just can’t support a house and a nightlife for two. I felt ashamed because I had neither the money nor the spirit for fun. She insisted that she remain home with me, I insisted she see friends. I felt horrible when she would stay home with me, that she stayed with me at all. Then one night it happened, she proclaimed that she was meeting friends at a bar down the street.

“Wanna come?” she asked. She truly wanted me to; it killed her to see me wasting away at home every day and night.

“No.” I kissed her with a smile on my lying face.

She continued this trend. Only one or two nights a week and she’d even get home well before midnight. Every one of these nights I’d kiss her goodbye and greet her return just a few hours later. I felt unclean emotions. She would leave me all alone! And these feelings tortured me. Shame they bred, self-contempt.

I had stopped eating. I would go running at night to clear my head. Needless to say I lost a lot of weight, bones and muscle well defined under my flesh, I looked good but another week or so and I'd surpass being lithe to being sick.

One rainy night I returned home from the library. I had spent the day there looking through the Internet, newspapers, magazines, anything to help me secure employment. No luck. A message was on the machine. It was my girl letting me know that she went out after work. “Love you, bye.”

Rage! I shouted at the top of my lungs and overturned the flimsy kitchen table. I fell to the floor and pounded it until my hands stung.

After my frenzy only the buzzing of the lights and the pattering of the rain comforted me. I listened close and the rain sounded like a million voices laughing at me. I went for a long hard run in that rain. The sweat that gushed from my body was quickly washed away. The distant city lights reflecting off of the clouds hypnotized me and my mind wandered at last. Peaceful.

When I finally stopped in front of my building I looked up to our window, it was as dark as I left it. The bad feelings returned, but the physical exhaustion did keep me from the further destruction of my own property. It was almost eleven a night, so if she kept to her usual she would have been home soon. However, the routine was already broken when she failed to ask me to come along, when she decided not to come home first. I was a hypocrite but I couldn’t stop my hateful thoughts. I purposely did the opposite of what I wanted to do.

I lit a single candle and put it and a bottle of wine on the dining table. I sat at that table staring at the door, only the candle for light, only the rain speaking to me. I was cold because of my wet clothes, but I wouldn’t give anyone or anything, not even that gentle rain, the satisfaction of being the cause for anything I did. One thing mattered; being the master of myself. Whenever I’m upset I cannot judge the passage of time. Minutes are unbearable weeks of imprisonment. My mind raced, my blood hotter than the flame, a thousand thoughts.

After a few hours I looked at the clock and saw that only a few minutes had passed. I cursed within, my jaws tensed, my nails dug into the table, my gaze was surely melting candle.

“I want you,” whispered the seductive voice, tailor made for my ears.

I opened my eyes and saw the simple flame of the single candle and the long shadows it cast. I looked around, searching for my love but instead I found my future.

It stood there near the corner of the room, between the TV set and the wall. In front of the rain pattered window it was silhouetted by the little light coming in from street lamps outside. A slender shadowed form slightly blacker than the darkness of the room near the bleeding light from without. I could barely make out a patch of a color less than black made by a pale face.

“I want you,” it whispered again. I could not make out any moving lips, just that fuzzy white patch. It slowly advanced. As it came the body became even blacker and the face gradually more white. As the face lightened, the shadowed deep-set eyes darkened, the lips a shade dimmer than the cheeks, the hair long and the color of eternity. The hands appeared out of nothing, long and pallid. I felt the cool touch of one on my shoulder and one on my neck. I felt the heavy breathing, heavy from lust restrained. My eyes closed and I felt a sharp pain seethe pleasure into me.

I awoke to the sound of the nearby church bells tolling the midnight hour. I was lying on the couch, the lights still off. The candle was out. My lover hadn’t returned. I was cold but not uncomfortably so, but I did want to change my clothes. I stripped them off in the dark. I wanted a warm shower and so made my way to the bathroom. Suddenly I found myself unbearably thirsty, in the dark I desperately fumbled for the faucet and put my mouth to it. Inside I felt like I was baking in a desert, every movement felt like I was caking and cracking. The water fell down my throat but it didn’t help, rather it made me nauseous and I threw it back up. Pure water. No burning, no chunks, just the smooth cool water. I felt for the chain to turn on the light and the fluorescence flooded the room and then I saw a sight, clear as the morning sky.

Another white face was capped off by wet matted hair sitting atop a white body. Everywhere my skin was chalk. The color made my dark brown eyes look huge and my lips more defined. The whiteness accentuated shadows and lines making my muscles more visible beneath the flesh.

I chuckled with disbelief, and then I saw something else. I had to look closely; I could hardly notice a difference. My eyeteeth grew so slightly longer and sharper. Not much of a difference, only enough to notice if a difference is sought and one knew the appearance of my teeth an hour before.

I heard the outer door of the building close. She finally came home, too late.

I turned off the bathroom light and to my surprise I could almost see perfectly in the dark. All was black but I could see, shades of gray and dark purple. I re-lit the candle and sat in the chair in all my lurid nakedness. The front door unlocked and opened. “Hi” she said. She was buzzed, I could tell, but not quite drunk. The smell of blood and alcohol invaded me and started me towards insanity. There were so many things I wanted to say to her but other more immediate needs took precedence. Instincts I didn’t previously have dictated my actions. She saw that I was naked and smiled slyly. She was sexy and glowing and I couldn’t resist.

I rose and went to her. She took me in her arms and kissed my lips softly. I put mine to her ear. I heard her pulse, felt the boiling life inside.

“I love you,” I whispered. I licked the flesh of her neck. She whimpered with pleasure and shivered so. She rubbed her sex into my thigh. I was shaking with lust and desire. Then I partook of that deliciousness, the warm and beautiful liquid. Tears welled in my eyes from the joy of satisfaction mixed with the knowledge of my lover’s death, only seconds away.

It ended. Soon I felt empty and alone, and I was.