Do You Believe in Ghosts?

by Morgan Alber 25 days ago in paranormal

The reasons I believe that ghosts walk among us.

When I was growing up, my younger sister insisted she had met a ghost. She and her best friend would go and play in this abandoned house in the neighborhood (super dangerous and I should have reported it to Mom, but I didn’t). She insisted that a ghost lived there by the name of Marvin and that he would come out and talk to them.

I thought she was crazy. Being the older sister, I thought I was always right and usually thought she and her friends were crazy.

But maybe they weren’t. 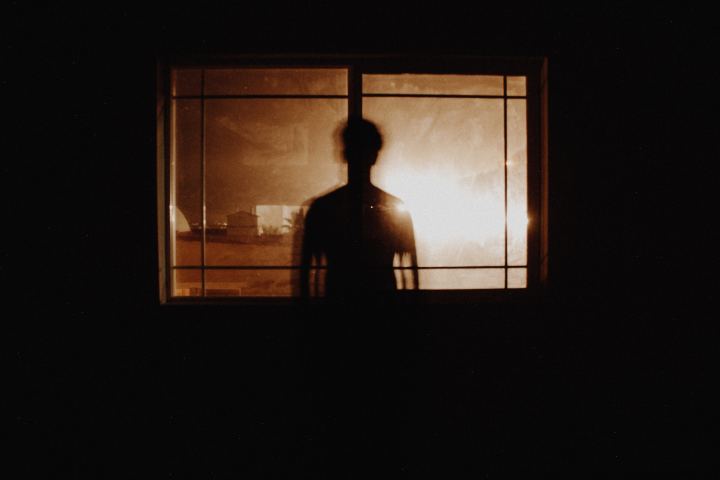 Photo by Isai Ramos on Unsplash

One time in middle school my friends and I held a séance during a sleepover, and it was scary. I don’t remember anything specific happening, but I do remember an overwhelming sense that this was not a good thing to do and I was afraid. I pretended it was nothing and continued to believe my sister was crazy for talking to a ghost.

But maybe she wasn’t.

Another year we held a Halloween party in the spooky basement. We thought we were clever to hang baby dolls covered with ketchup, stuff dresses with newspapers and hang them from the ceiling headless, and drape everything with sheets and cobwebs. It was a great party. Everyone got scared, especially when I rose from the cardboard coffin dressed as Dracula and threatened to suck their blood. But after that night the spooky basement became the scary basement. To this day I feel like something is looking over my shoulder when I am down there.

Did we wake something?

Fast forward a few years. I have grown up and am a single parent to a wonderfully perceptive and amazing little boy. We moved into a house that was once a church and nunnery. There was a small cemetery nearby. The main house had been the church and it had soaring ceilings crisscrossed with wooden beams. Behind it was a row of outbuildings. A long rectangle of little individual rooms that the locals said had been the rooms for the nuns.

Every time we walked by that building one of the doors would open. We got a distinct feeling that someone was watching us, then as we moved on, the door would close.

Several times we came home after a day away to find that our furniture had been rearranged but the doors were locked….

And a friend says he saw a man sitting on a motorcycle in the front yard when no one was home, and none of us had a motorcycle. When he went outside to look again, the man and the motorcycle were gone and it was eerily silent. 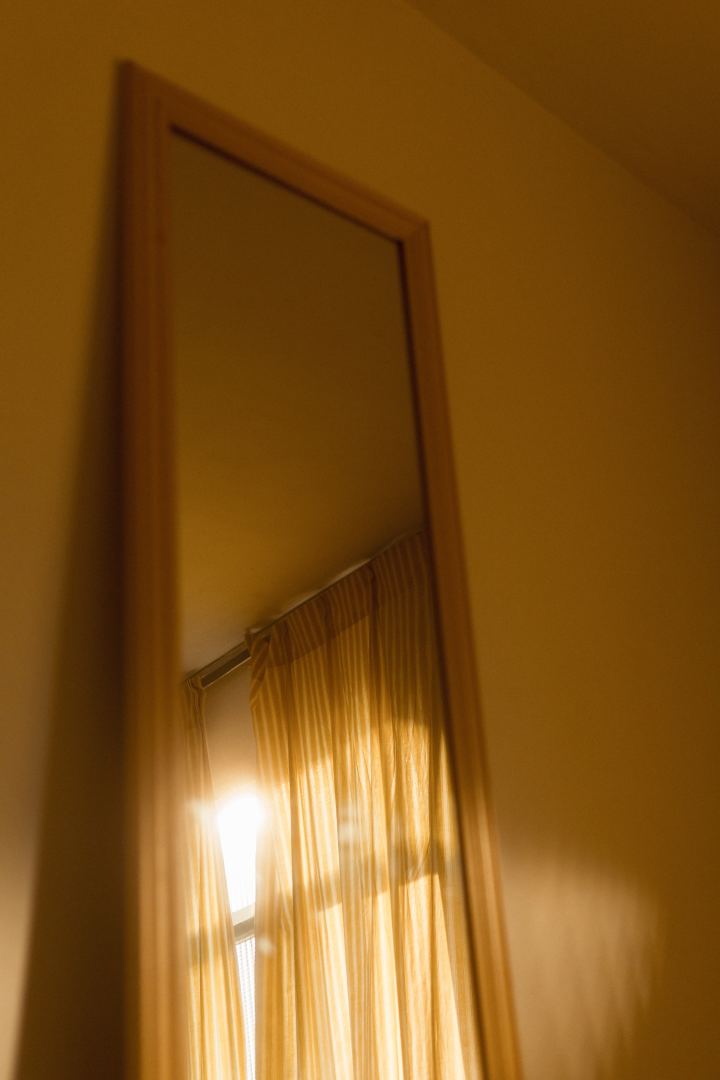 Photo by Jackson David on Unsplash

A few years after that we moved into a house by the river. The man who had built the house was called Uncle Clovis. My son had met him on numerous occasions before Uncle Clovis passed away. The house was pretty big and we felt lucky to be able to rent it. There was a long hallway that went the length of the house from the kitchen to the back bedrooms. There was a long mirror on the wall at the end of the hall.

Soon after we moved in, my son ran into the kitchen with panic in his face… “Uncle Clovis is in the mirror again!” I never saw him but he frequently showed himself in the mirror to my son. He got used to seeing Uncle Clovis and I would hear him say things like, “What’s up Uncle?” as he went down the hallway.

Uncle Clovis was known as a jokester when he was alive. He never had children of his own but he raised several relatives and always had the neighborhood children around. He liked to play jokes on them and surprise them.

He continued those jokes after death. He would throw the cards in the air when my son and his friends were playing gin rummy. He knocked over the table during monopoly. He hid things. And his favorite was turning off the TV in the middle of the movie. Repeatedly, until we all groaned in unison, “Uncle Clovis, stop it! Let us finish the movie.”

Maybe there are ghosts…..

My aunt is sure my uncle visits her when she is having a hard day. She can feel his presence and it comforts her.

The night after my Dad died, my husband heard footsteps going through our house. I am sure Dad was checking to make sure I had gotten home okay.

My Dad left feathers around my little brother’s house for a year and half after he died. The feathers never appeared before his death, and stopped after that time had passed.

Are we all crazy?

Most people deny that ghosts exist, and yet nearly everyone has experienced things that can’t be explained in any other way. Almost everyone I have asked has a ghost story to relate that happened to them or someone they know.

At my office there is a weird little hallway with the walls lined with cabinets where we keep office supplies. One of the stories around the office is that a few years ago one of the clerks had to bring her little girl to work. The little girl was playing back there when she suddenly ran up to her mother and said, “Mom tell those other kids I don’t want to play with them anymore. They won’t leave me alone.”

She was the only child there that day. 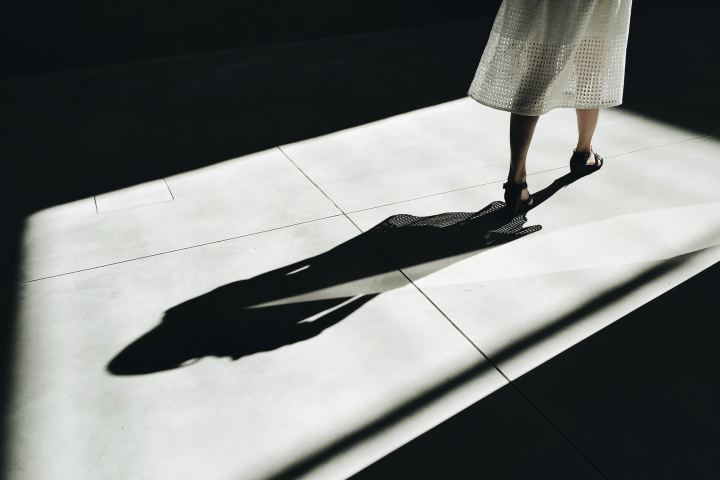 Photo by Martino Pietropoli on Unsplash

The bar downtown has its stories such as the lady in the long dress that walks by crying when the bar is quiet and most people have gone home. And something knocks on the walls and doors but no one is there.

My old high school has a ghost that lives in the theater. The story is that she was the only casualty during a fire that gutted the building in 1917. When I looked up the story in the newspaper, there was no mention of her, but the ghost story persists. It seems she likes to startle kids that are up on the catwalk adjusting lights for the performances. Being on the catwalk is already pretty scary, imagine being that high off the stage and having a ghost confront you!

The cat tracks shadows that no else can see and hisses at empty corners. The dog whimpers for unknown reasons and barks at blank walls…

Orbs of light show up in photographs taken at my friend’s funeral, but photos the next day with the same camera and same roll of film show nothing unusual….

A hummingbird shows up out of no where and comforts a grieving mother during her son’s memorial. The boy’s nickname was hummingbird…

Any internet search will find many, many stories of ghosts and unexplained phenomenon that people swear are real events.

So, are ghosts real? Are those of us who believe crazy? Are we so desperate to believe in an afterlife that we are gullible and easily led to believe in ghosts, spooks and other stories of scary encounters?

Is my sister’s childhood friend Marvin a figment of her and her friend’s imagination? Were those two little girls crazy?

As an adult, I have seen too many unexplained things. I no longer think my sister and her friend were crazy. I believe her. There are ghosts walking among us.