I live in a small town on the southwest coast of England. As far back as I can remember, the town's old people have talked about supernatural activity. 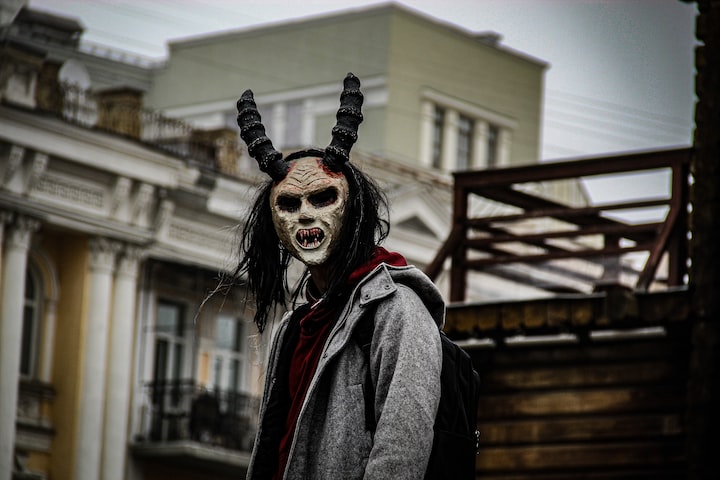 Photo by Vladyslav Kuznietsov on Unsplash

I live in a small town on the southwest coast of England. As far back as I can remember, the town's old people have talked about supernatural activity - the old lady who runs the general store, my grandparents, the fishermen - everyone over the age of about 50 or so. They've seen ghosts, werewolves and UFOs, but my parents and the other younger generations seem to be a bit more skeptical about it.

It was 2006, and I'd just turned 16. There isn't much to do around where I live, so a few friends and I decided to hike to the top of a nearby hill (where witches were apparently burnt, once upon a time) and camp there for the night. This hill has always been a site for supernaturalists, and so there's a tourist information hut that only opens after dark, as well as a row of toilets.

We camped up in the late afternoon and cooked sausages over a bonfire. There were six of us - me, two guys, my two best girl friends and my boyfriend. Just before seven, we saw Jeff (I live in the kind of place where you know everybody's name) going into the tourist information office. He waved and we waved back, and he told us to come and see him if we needed anything - he'd be in the office all night.

We've been creeped out by rustlings and such when we've gone camping before, so the six of us were all in one massive tent, the girls sandwiched between the guys. After a lot of giggling and talking, we all fell asleep at about 11. I know it was then because I made my boyfriend set an alarm for the following morning, and I saw the time.

I woke in the early morning (about two or so), really desperate for a pee. The whole hill and surrounding countryside was pitch black, which was odd because it never really gets dark that high up. Anyway, I went to the toilet block and pulled on the door of the ladies, which was locked. That was strange, too; Jeff knew we'd be there and had always left it open in the past. (I know because my friend Tammy has camped there before, and she tells a very funny story about the really bad locks on the toilet doors.)

I went across the grass to the tourist info office, looking for Jeff. I tapped on the glass and it was slid back, but the person in the hut was a skinny guy, about 20. His hair was stringy and shoulder length.

"Where's Jeff?" I asked, and the guy explained that he'd received a call on his cell phone, which meant he'd had to go home immediately. That was when I really started to get freaked. Jeff doesn't have a cell phone, and whenever he sees me on mine, he warns me that it'll rot my brain.

I tried to make small talk for a few minutes, when all the while I had started shaking really hard. The guy seemed very interested in me; in fact, it was almost like he was flirting. I was starting to think that my fears had been stupid when I looked up and right into his eyes. I had to stop myself screaming. They were black -- pitch black with no whites and no pupil that I could see.

I tried to move away from the window then, tried to back away, but my legs wouldn't take me! Finally, feeling really stupid, I began to say all this stuff in my head, the way you do when you can't do anything else. I began to count to 10 and hope I could move, to sing and hope I could move, and all the while this creepy guy was slowly moving away from the window and out of the hut!

Finally, for want of anything else, I said the Lord's Prayer in my head. As I did so, my legs became unstuck, and I started gabbling all the psalms and prayers I could. The guy just seemed to... fade, I guess. Back into the darkness.

I don't know whether I saw the demon or the devil on that hill, but you know what? Jeff doesn't even remember going up the hill, let alone talking to us. So who was it who had waved at us earlier? Whatever the truth, I am never going up the witch hill again, night or day.

More stories from Sid Mark and writers in Horror and other communities.