by A.R. Marquez about a year ago in movie review

Is Zack Snyder's 2004 remake a respectable revival or a regrettable resurrection of George Romero's 1978 classic?

Whenever a movie is remade, comparisons between the original movie and the remake are inevitable. George Romero’s Dawn of the Dead, a movie about survivors of a zombie outbreak taking refuge in a shopping mall, is no exception. Which version is better—the original 1978 movie or the 2004 remake? To answer this question, it is helpful to examine two major aspects of both movies: story development and the use of the zombies as a plot device. 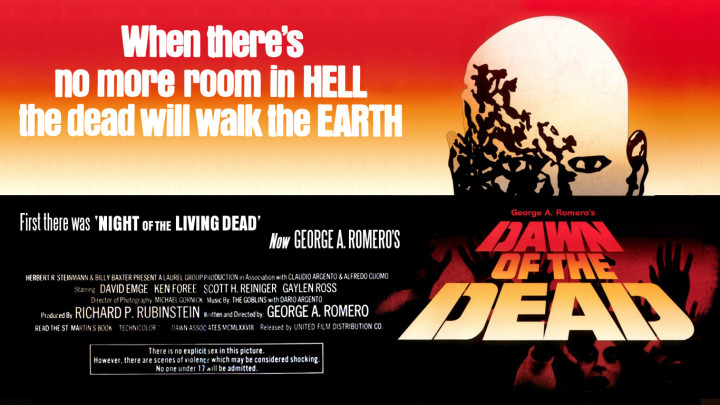 The original 1978 movie is not perfect. It looks dated and even includes a few social no-no’s that would make contemporary viewers cringe, such as main character Fran smoking and drinking while pregnant. However, what makes this movie a horror film classic is its subtle yet profound story development. The horror evoked by the original film creeps into the minds of the audience primarily on a psychological level.

While there are moments of gore as zombies feed on their victims, it relies on other mentally disturbing methods to alarm viewers, such as detailed news broadcasts featuring experts who demand the destruction of the zombies and the foreboding words of Peter, one of the main characters of the movie. 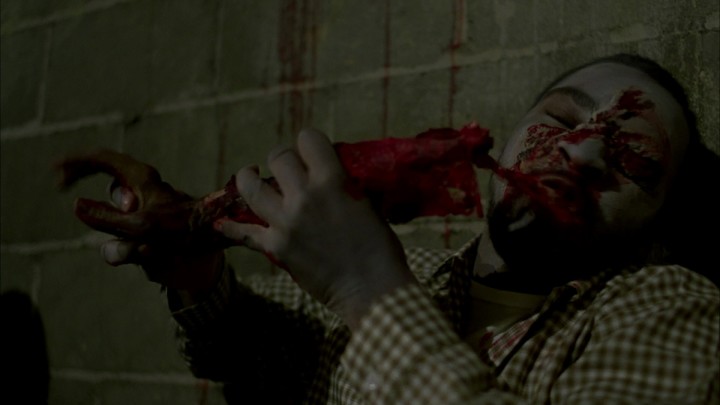 While the movie has been criticized for its slow pace, the slow pacing provides an effective way to build suspense. For example, consider Peter’s words to Fran’s boyfriend, Steve: “You underestimate those suckers, and you get eaten.” These words serve as a warning to Steve and the audience that it is a matter of time that any one of the survivors could be killed or transformed into a zombie. Peter turns out to be right, but this does not happen right away.

Through delay and portraying the survivors successfully escaping from the zombies again and again, Romero does a good job of leaving viewers guessing when this unfortunate event will happen so that it is more startling and jarring when it finally does.

The zombies in the original movie contribute to Romero’s skillful storytelling. Despite being slow and passive most of the time in the film, they play an active role in allowing director George Romero to mock the shallow values and unrealistic expectations upheld by modern-day society.

For instance, the large crowd of zombies lurching toward the mall provides a sad commentary about how shopping is, as zombie expert Dr. Millard Rausch puts it, a deeply “remembered behavior from normal life” for so many people. Wanting and buying material things were so ingrained into them while they were alive that they seem almost programmed to haunt the mall even in their undead state. 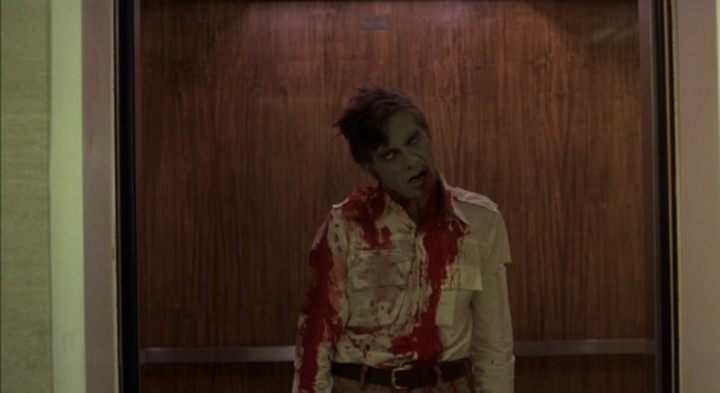 Operating on “pure motorized instinct,” the zombies also reveal the harsh reality that lofty ideals about religion and love often do not survive when basic survival needs are not met. Once prohibited from eating meat by his religion, the Hare Krishna zombie craves and pursues Fran’s living flesh. The love that Steve has for Fran dies after he becomes a zombie. Once wanting to marry her, he now wants to eat her. 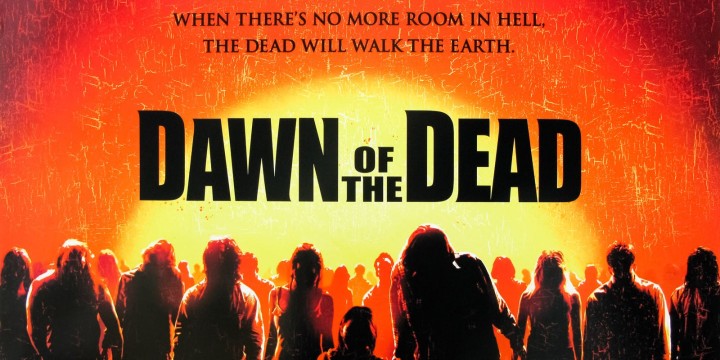 In contrast, the remake is visually stunning but intellectually disappointing in terms of story development. While it borrows elements from the original movie, its approach is significantly different from the original. The main goal of the remake seems to be to pack in as much action as possible. Within minutes of the beginning of the film, we see one of the main characters, a nurse named Ana, smeared with her husband’s blood and then fighting and running for her life after he is transformed into a zombie by one of the neighborhood children. 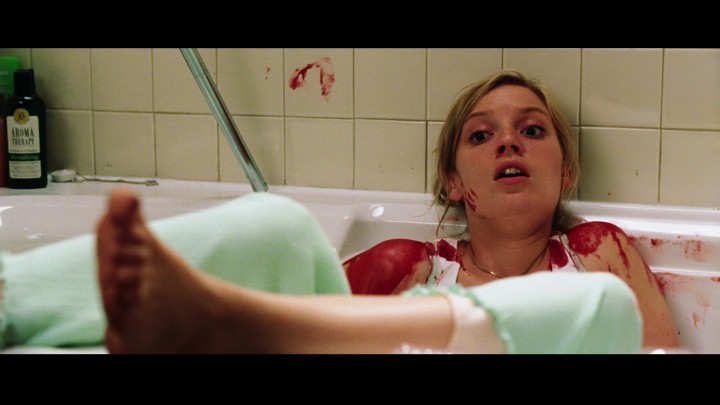 With the exception of a few brief interludes, the remake is filled with violent scenes that range from sometimes messy human-zombie confrontations to mercy killings and self-defense shootings by the survivors.

While the continuous action of the film makes for more exciting viewing, the faster pace of the remake leaves little time for plot and character development. For example, some of the survivors who get bitten by zombies, such as the large woman brought to the mall and a survivor named Frank, transform and get killed off so quickly that we hardly know anything about them before they die. They just seem to be human props meant to show how quickly the zombie infection can spread. 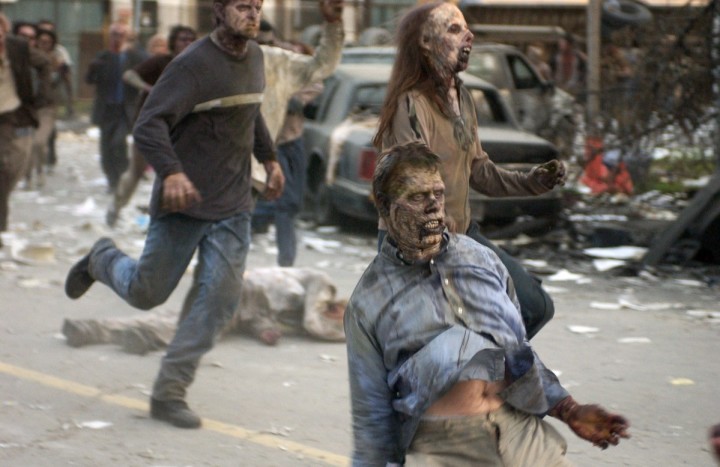 The remake incorporates some fairly good moments of dark comic relief similar to the original movie and also includes some clever plot twists of its own, but social commentary is largely absent from the remake. A watered down version of it comes in the form of snarky comments about group bonding made by Steve, a selfish and disagreeable survivor whose main purpose in the film is to provide access to a boat that the survivors can use to escape from the zombie-infested city they live in.

Instead of using the zombies as agents of social commentary, director Zack Snyder uses them to heighten the tragedy and destruction that is prevalent in the film. The body count rises after a pregnant survivor named Luda becomes a zombie and gives birth to a zombie child. Luda and her child have to be killed, and this unfortunate chain of events also leads to the deaths of her husband Andre and another survivor named Norma. There is no deep social message behind these deaths. They reflect the tragic loss of Andre’s personal dream to build a good life for his family, and they motivate the rest of the survivors to leave the mall.

Beyond this sad story line, Snyder focuses the rest of his creative energy on finding dramatic ways to maim, burn, and blow up the zombies with chainsaws, gasoline fires, and propane gas canister bombs.

Even after examining the strengths and weaknesses of both versions of Dawn of the Dead, you might still be wondering which version is better. It depends on what you are looking for. If you want to see a thought-provoking horror film that provides good storytelling despite its dated quality, the original 1978 movie would be the one to see. However, if you watch horror movies mainly for the gore and for top-notch special effects, then you would probably enjoy seeing the 2004 remake instead. The choice is yours.

Adam Ray Marquez was born and raised in Northern California.

He writes and publishesSurreal Free Verse poetry, fiction, horror-fiction, and is the Editor-In-Chief at The Dead Walk.

He plays guitar for Held In Scorn.

See all posts by A.R. Marquez →