A City in Chaos 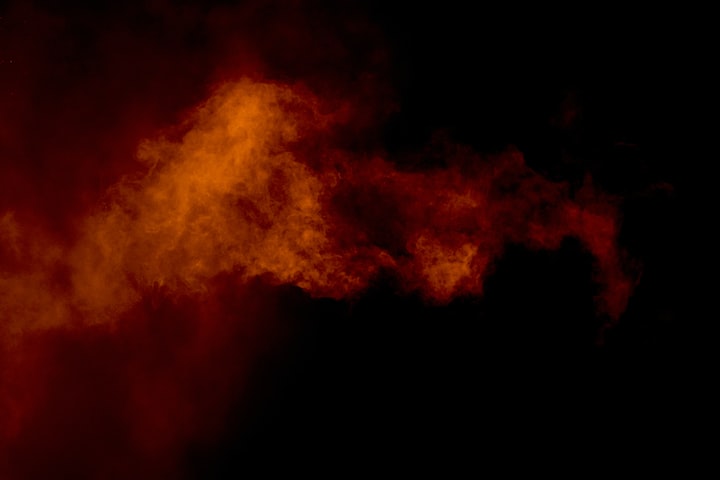 Photo by David McCumskay on Unsplash

I frantically leap out of bed to the piercing shriek of metal scraping against metal.

“What the hell was that?” I mumble, as I wipe the sleep from my eyes.

I glance over at my alarm clock. 7 AM. I still would have had half an hour of sleep.

"What a great start to my one day off."

As I resign myself to my woken state, pulling thick socks over my feet to preserve what little heat they had garnered during the night, I hear a scream. A young girl, by the sounds of it. It’s too damn early for kids to be out of bed, on a Saturday.

I meander into the bathroom of my small duplex apartment. Staring myself in the face, I can’t help but notice something about it just doesn't look quite right.

My thoughts are once again interrupted by another scream. This time louder. Hair raising. Definitely that of a full grown woman. Chills run down my spine.

Heading over to my window, I can barely make out a strange red hue to the light outside, piercing the narrow slit between my curtains. It looks like it’s going to be a sunny day, for November, but the light seems diffused.

I thrust the curtains open to see a thick blanket of red. A crimson mist shrouds my neighbourhood. Something about it disturbs me profoundly. My stomach turns as nausea sets in. A little voice in the back of my mind whispers to me...

I pull my desk further from the window cautiously, so as not to knock my laptop off. I should check the local news or the weather network. Maybe there's something about this unnerving fog. To my great frustration, my laptop is especially uncooperative. The keyboard lights up, but the screen won't turn on.

''Just another thing I'll have to blow a whole paycheck-''

''Again with that infernal howl of metal! Where the hell is it coming from?''

I nearly jump out of my skin from a crashing thump.

"Who the hell is pounding on my door at this hour?" My stomach knots up, the same tightening feeling as when I saw the red mist outside of my window.

Fighting against the inner voice of irrational fear, I grasp the door handle. As I turn the nob, something from the other side forces the door open. My elderly neighbour, Mrs. Gwilliam, collapses onto me, covered in blood. Dead.

“What the fuck!?” I squawk shrilly. Looking around, there’s blood all over the front steps, the door, and now all over me. I check her pulse, just to be certain, but sure as shit, she’s dead. I drop her unceremoniously, wincing at the dull thud of her body on the cheap carpet. I look up to see an older man limping down the street.

Slowly, he turns. I notice he too is drenched in gore. His eyes lock on me and he begins a feral charge.

I feel that whole “fight or flight” deliberation in my unconscious mind, racing faster than I can comprehend. Flight it is.

I run back inside, and slam the door. Or at least, I try to. Poor Mrs. Gwilliam’s corpse provided a squishy buffer between the door and its frame. I hastily try to push her back through, kicking desperately with my right foot, but it’s too late. The limping mad man leaps at me, bare hands flexed into menacing claws. I pull open the door all the way, and slam it as soon as he enters the threshold. He recoils, as I run back into my house “A weapon, I need a weapon!” I panic to myself. He’s back up now, no worse for the wear, and lunges once more, like a wolf to a deer.

I grasp desperately for anything near me to defend myself with, and hold out the one thing I managed to gain a grip on. I shove it forward, and am overcome by the weight and force with which he flung himself. We both fall to the ground, laying motionless for a few seconds. I push his limp body off of me. Quickly, I pick myself up and shuffle backwards. The umbrella I had grabbed managed to lance true, straight through his eye socket.

I stand still, gazing past the messy horror scene in front of me into my racing mind. “It was self defense, he was trying to kill me!”, “He probably killed Mrs. Gwilliam!”, “It was an accident!”. My brain’s turmoil begins to fizzle out as I run out of ways to relieve my distraught psyche.

The agonizing wail of machinery crudely snaps me back into the moment. The house across the street appears to be miles away. My hearing is muffled, but I can tell there’s some cacophony nearby. I begin to realize, I should probably turn myself in to the police, but the notion is lost completely when I walk through the threshold of my abode, into a world freshly sown with chaos.

I smell smoke, hear screams, and see unspeakable acts of violence. Strangers, neighbours, people I know. All in a bloodlust rage, perpetually unsated by the violence and destruction they mindlessly seek.

Meanwhile, the red mist grows thicker. There’s a strange taste to the air. A cool, coppery tanginess tickles my pallet. A dark red tinge stains the few remaining leaves clinging desperately to the barren branches of a tree next to me, a mockery of the beautiful turning colours of autumn. I can’t tell if it’s from the mist, or from the spatter of blood.

Most of the chaos appears to be on the main street, with stragglers from my neighbourhood heading that way. Thankfully, no one has taken notice of me. I don’t see any living people toward the other end of my road. I think it’s best I keep my distance from anyone. I’ve never been so thankful to live on a relatively quiet street, in such a big city. With no idea what’s happening, I should probably find a safe place to try to wait out the anarchy. I turn back to see the grungy eyesore I used to call home has licks of flames aggressively attempting to latch on to it from Mrs. Gwilliam’s house.

I set off in the opposite direction of the pandemonium. I know at the very end of my street, there’s parkland. I doubt anyone who’s so ravenously seeking others, intending to do harm, would be drawn there.

Unfortunately for me, once I reach the first small intersection I spot a lone man, built like an ox, wielding a tire iron. Even more unfortunate: he spots me too.

He begins to rush toward me with such speed and determination it puts all memory of the limping man’s voracity to shame.

I run. What other choice do I have? I sprint like never before. All thought of destination forgotten. Before I know it, I feel my right leg swept from under me. I hit the ground hard. Pure terror overwhelms me as I flip myself over and scramble backwards. I smell sweat, and the thick coppery miasma that clouds the streets. The mist begins to thicken in my throat, choking me. The last thing I see is the brutal form in front of me bringing down the tire iron with all the force a man can muster.

I’m startled awake once more. Eyes wide, heart pounding. This time I know it’s real. I know what that sound is. I know where I am.

The train hisses, recovering its former speed, and stifling the remaining ring of the screeching brakes in my ears. I look around to see the tired visage of a packed subway car.

Brought back to the harsh reality of my dead-end life. It seems blissful in comparison to that hellish dream.

“What a terrible nightmare.” I sigh as I reassure myself that I’m safe and sound. I check my phone to see a missed call. There’s only one person who would ever bother calling me. My boss. He probably wants me to come in tomorrow. My one day off. Slave-driving bastard.

The train stops accelerating, but this time, no breaks. We slowly begin to lose speed until we’re moving at a slow crawl through the tunnel. My anger begins to build. I just want to be home to my shitty apartment so I can pass out to some garbage show, and hopefully not have to wake up tomorrow morning.

I look around to see the frustrated expressions around me turning more sour by the second. The sea of faces begin to twist with fury. I feel it too, I'm completely welling with rage. More than the typical anguish of being trapped in the stifling sardine can of a subway car during rush hour. I want to smash something!

People begin to mutter, making frustrated and rude comments at each other. The bitch standing in front of me turns to face the off-colour remark of some dickhead beside her, hitting my head with her cheap purse.

Blood boiling, I stand up forcefully, pushing a few people back with my body. I’m immediately thrown back into my seat by a harsh shove, as the guy sitting next to me gets a violent elbow in the face.

As violence begins to slowly erupt around me, my anger is interrupted by something strange catching my eye.

My stomach begins to tighten. Everything turns to slow motion, the commotion of yelling and anger suddenly muffled to my ears. Through the vents of the subway car, I see a curious red mist begin to pour gracefully in.

More stories from Tewahway and writers in Horror and other communities.