by Conlan Nielsen 2 months ago in psychological
Report Story 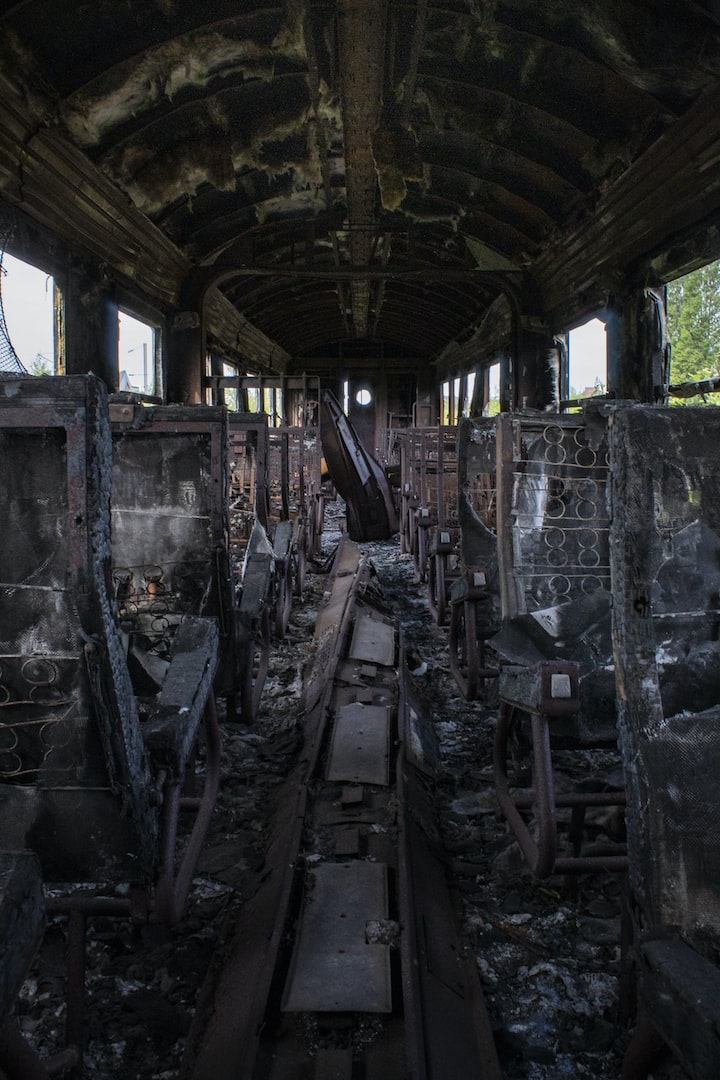 Photo by ALEXANDRE LALLEMAND on Unsplash

I dreamt that I joltingly woke up in the furthest back seat of the metro. Noticing that we'd just entered the underground portion of our trip. After looking out the back exit, I was compelled to stand up and slowly make my way forward through the caboose, make sure I wasn't alone and something was wrong. As I reached the connecting door, I saw that there were a bunch of other passengers, I was just alone back here and sighed with relief. Sitting back down, I pulled out my phone to play Geometry Dash until the end of the trip from the airport I arrived at to the city of Moscow, Russia. A sightseeing trip and I thought to myself: 'still playing games on my phone half way across the world... jeez.' Starting to feel guilty, I went to put my phone away but realized during my sleep, that it had reached one percent and died in my hand before it slid into my pocket, the last thing I saw being the date of August 5th, 2042.

Slumping down into my corner seat I waded through my head for a little bit before deciding to get up and try to mingle with some other passengers to pass the time. I started to feel unsettled all alone back there with nothing but the crisp whispers of the metro running fast through the tunnels. I barely touched the handle until I froze in shock. All the passengers in the cars ahead of me..were dead. There was blood everywhere and no sign of what could have killed them. I started to breathe heavy and my heart started to race before I quickly sat up and opened my eyes, to my sweet, relieving, realization- It was a dream. But my relief quickly turned to agony as when I had awoken in shock- my hand shot forward into the bar of the next seat breaking a bone or two in the back of my hand. I clutched it which, unsurprisingly, made it hurt even more and ended up falling onto the floor in the center of the caboose. Another passenger, annoyed at my muffled cursing and wailing opened the door and scoffed.

"Don't know what's going on but cant ya fucking keep it down? Long trip, tryna sleep. Don't make me come back" with a struggle in my voice and rolling onto my side I replied telling him to 'come back when he learned some manners' causing him to slam the cabooses door. But, once more- I woke up in a fright, quickly checking my hands, and to my confused surprise- I was fine. I stood on my gaurd, these "nightmares" had me worried and cautious. But as I stood there in the center of the metro car, the hallway seemed to be getting...longer? I quickly turned and saw that the other end of the car was unfathomably longer than before. I had a rising feeling in my chest like i needed to run. So I ran. As fast as my legs would carry me, I bolted down this seemingly infinite hallway for what felt like hours before running out of breath. I had run so fast I dropped to my knees and heaved trying to compose myself. I fell backward on my back and looked behind me before seeing from my upside down state..myself. far from where I lay. I slowly rose myself and kept my eyes on me, and stood on gaurd waiting for it to do something.

That other me seemed like a zombie. He stood there in what shockingly was the clothes I was wearing but bloodied, his head was tiltled and its face doused in blood. Hair a mess. The lights above began to flicker and it slowly began to float toward me, kicking in my fight or flight response. but my response? I froze in horror. It slowly picked up speed and whispers that i couldnt decipher began to fill my ears, alongside the screeching of steel and the rattling of the metro. Once it's horrid and bloodied body reached out to kill me...

I slowly opened my eyes but everything was blurry. I could only see through one and the sun shone in my face. I felt, soft. I could feel that I was immobile and in a bed. Once my vision cleared, I saw a nurse come into view with a shocked look. As I asked her

"Am I in Moscow? Did I get my ass beat on the train?" I softly chuckled at my own joke to lighten her conscious. She continued to stare at me in awe and explained to me "Sir...do you mean the runaway train of 42?...You've been in a coma with spiking brainwaves and nightmares. For 36 years. Its 2077"

More stories from Conlan Nielsen and writers in Horror and other communities.