by Michelle SHAAY 3 days ago in supernatural

Created and Written by Michelle SHAAY 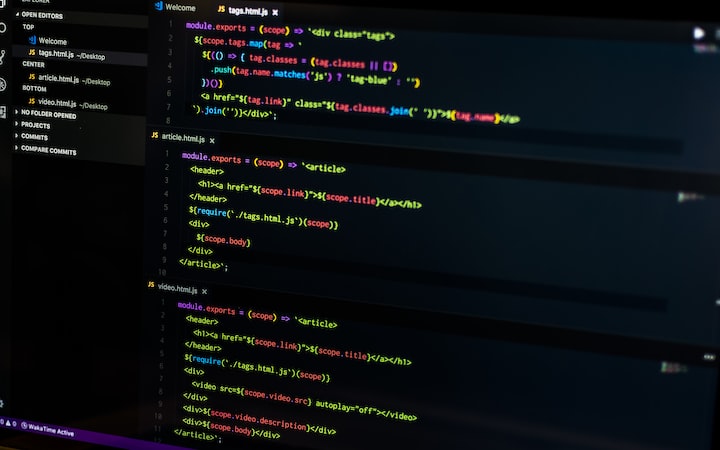 Photo by Pankaj Patel on Unsplash

The deadline was looming and the cell phone displayed 2:00am. The final budget analysis had to be completed within the next six hours or additional project funding couldn't be extended until the following quarter. As the newly hired operations manager, Ryan needed to get this daunting task completed without flaws. Even the fourth cup of piping hot coffee wasn't doing enough for him.

"Come on you can do this," he uttered to himself as the numbers and words seemed to run together on each of the expenditure rows on his lap top. He sighed heavily, yawned, and stretched while sitting in bed. Ryan was intelligent, attractive, and worked most of his career in senior level positions. The stress and complexity of it all kept him driven and engaged.

However, Ryan was feeling extremely tired and spent. He decided to get out of bed to revive a little and stared aimlessly out the window. No inspiration could be found, only the darkness and stillness owned him. Deep in thought, a chimed notification alert drew him back to the lap top and his bed.

He thought it would be a mushy email message from Cori. She instinctively knew he'd be up still and enjoyed sending him emoji filled email messages sometimes. In a way, he hoped it was from her to give him a much needed mental break. As he scrolled to view the unexpected new message and click its attachment, the subject line simply read: RYAN

He was filled with curiousness and caution, but clicked the paper clip to review the 25 kb attachment. It was a grey, large, ominous door with his initials R.W. (Ryan Walters) carefully etched into it and his date of birth too.

Before he could delete it with disgust, another chimed notification alert came through with a duplicate email and attachment. The subject line was exactly the same and read: RYAN

"What is this nonsense," he said while attempting to permanently delete both emails, but while doing so his lamp bulb loudly popped. It stunned Ryan and he jumped a little, as the sound of his television blared downstairs. Sitting partially in the dark he got up, turned on a hall light, and ran down the steps, carrying a baseball bat.

As he looked around, no one was in the room but him. The television also went off without warning. Then running water from the kitchen faucet could be heard and Ryan rushed there quickly. He was shaken and puzzled as he was there alone in his home. He turned off the water but noticed the microwave flashing. It was as if a power surge caused the brief incident, but he couldn't ignore that his birthdate-10:30 appeared on the microwave display. Today was the 29th.

Ryan rushed back upstairs to complete his work before the alarm would buzz in just two hours. Luckily he didn't have much more of the analysis to complete before the bizarre emails arrived.

As a backup, he always forwarded a copy of important documents to his office PC and to someone he trusted, Cori. He took only a brief nap, woke up to shower, shave, and make strong coffee. He grabbed his lap top bag, the coffee, his phone, and keys.

Ryan jumped into the nice black convertible and adjusted the car mirrors before exiting his driveway. The music blared loudly and the drive up Highway 5 to the office would be 20 minutes or 30 with traffic.

As Ryan rounded a familiar blind curve, his eyes caught a glimpse of a shadow in his rear view mirror. His radio oddly began to search for different stations and the convertible top retracted itself. He had it down, but now it was up again almost as a shield.

Ryan continued his commute while fumbling with both the car radio and convertible function when two deer jumped onto the road. He swerved hard and quickly to avoid a terrible collision with them. While the goal to save them was achieved he had not been aware of an entrance/exit for dump trucks near a new construction site.

A guard rail plus a partial concrete barrier prevented his plummet into a ravine. His heart was pounding fast and his hands even trembled slightly.

The radio finally stopped on one of his favorite stations.

While clutching the lap top bag, Ryan sat quietly, weeping but thankful to hear sirens in the distance. His car was mangled but he wasn't.

Somehow the unexplained attachments and rear view mirror close encounter were connected. Warnings or signs to be watchful, careful, even mindful.

Ryan heard a text alert and looked down at his phone.

The red heart emojis sent from Cori made him smile and sob even harder.

See all posts by Michelle SHAAY →