Along Came A Spider

by Rosalyn Grams 2 years ago in fiction

It Sat Down Beside Her

"Little Miss Muffet sat on a tuffet eating her curds and whey,Along came a spider and sat down beside her, and frightened Miss Muffet away!"

Myra Muffet was so sick of having the other kids make fun of her! Every time she moved houses or schools it would start again. The other kids could taunt and upset her whenever they chose to do so, but if she yelled back she'd get told off, and her mother got called to the school for a chat with her teacher about Myra being "disruptive" again.Myra hated her new high school.For several generations, female relatives of the Muffet family had been well known for their insect phobias, especially spiders. Also for hiring locals to be "on call" for paid work removing spiders and other insects found in their homes—for the Muffet family, this was simply accepted as part of daily family life. Part of routine.

The nursery rhyme was passed down through the family after the death of a female relative almost a century before, when Mairi Muffet was found dead, her decaying body being eaten by large bulbous hairy-legged spiders in the attic of the her home in Moniaive, a small village in the southwest of Scotland.

Other incidents happened, too. Mairi's daughter, granddaughter, and nieces all reported being bitten or attacked by spiders...in fact, every female member of the Muffet family seemed to fall afoul of these creatures at some point in their lives, some minor bites, some more serious and needing hospital treatment or amputation of bitten limbs. But nobody had gone missing after an insect attack before—until now. 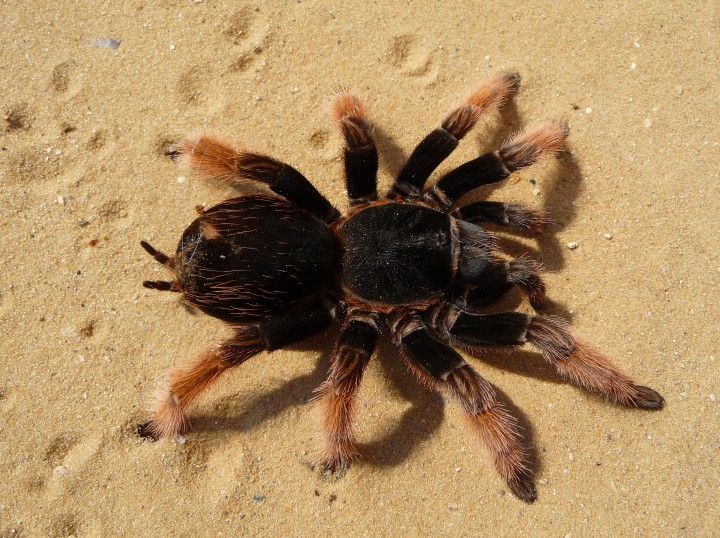 They Called off the Search for Aunt Elisabeth

The kind policeman that came to the house to let them know the search had been called off understood Myra and her mum being upset, but seemed positive that Elisabeth had simply packed a bag and run away to begin a new life somewhere else.Aunt Elisabeth, her mum's sister, had been missing for 11 years now. The police search had been brought to a close after two years, when no proof of abduction was found, and no body was discovered.

Nobody had listened to Myra when she told them—the spiders took her. They thought she'd made up the story to get attention, but it had really happened. The spiders really did take Aunt Elisabeth, and now Myra was utterly convinced that they were coming back for everyone else.

The exterminators had been out to the house four times in as many weeks about the spider nests that kept appearing in the corners and above doorways in the Muffet home. They seemed to be appearing faster than the exterminator could remove and destroy them.Myra had been woken several times during the last couple of nights by strange noises coming from the nests. She couldn't see the spiders coming in and out, so assumed they must be going through the door panels and out the other side, but when she opened the door she couldn't see anything, and the noises would stop. The newer nests were bigger too, the most recent one appearing overnight in her bedroom, attached to the bedroom door.Myra woke up and panicked. Were they trying to stop her getting out of the room? Were they trying to trap her there and eat her, like they did Great Aunt Mairi?She got out of bed, texted her mum that she found a nest in her room, and was going to try to detach it from the door and set fire to it on her balcony, reaching for her broom, petrol, and lighter.

The nest had to be bashed a few times before it came away from the surface of the yellow painted door. Myra swept it out to the concrete surface of the balcony and lifted it into the raised metal campfire pot 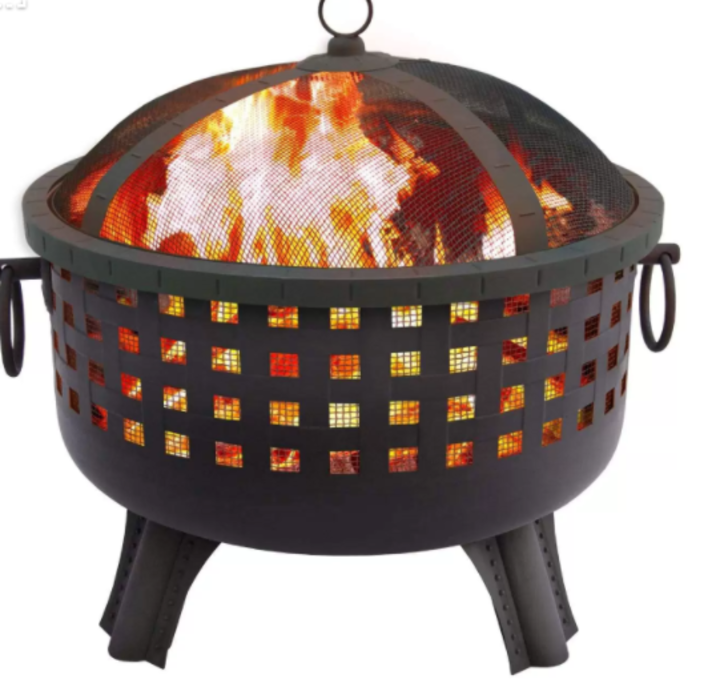 The nest went up in flames like dried out hay—poof!Good riddance to bad crap, thought Myra.She put the broom, petrol, and lighter back in her emergency closet, with the bite creams and antihistamines.After getting showered and dressed for school, she picked up her jacket and bag and headed for the door. She was so hungry this morning, and the bacon Mum was cooking smelt awesome!She turned the door handle, but the door wouldn't budge.She tried again. Nope. Stuck. Bollocks. Not a great start to the day...Myra called out to her Mum, then tried calling her but the call went unanswered, then on to voicemail. Weird, though, as Myra could hear someone moving around in the kitchen next door.

Myra's phone pinged—it was a text message. It said, "to get out of the room, find the blue button on the spot she removed the nest from, and press it."Myra couldn't remember having seen a blue button; there was damage to the door surface and a hole made by the spiders eating through the surface, but she couldn't remember seeing any button.She looked closer—nope, just the hole—so she kneeled down and looked inside the hole, and sure enough, there was a blue button.Nervously checking for any horrible creatures around the opening, Myra poked the button with the broom handle.

Myra pressed the button with her broom and stepped back, waiting to see what happened.

Within a few seconds, the door began to move sideways, sliding into the wall on grooves that Myra had never seen in the floor before.

There was no corridor, no wooden floor, no hall table with Mum's favourite flowers and no view through to the kitchen and the bacon Myra could still smell cooking.In front of her was metal floor, walls and ceiling with a single, solitary red button on the farthest surface. It was a lift—someone had replaced the door with a lift! It hadn't been there when she went to sleep—were the noises that woke her from the building work to install the lift? Myra couldn't remember Mum saying anything about having a lift installed...where did it go? why was it there? what was wrong with just using the stairs?They lived in a three story house, with Myra's bedroom on the top floor. Myra panicked, but having no other way out, and guessing the text had to have come from someone she knew, she stepped inside and pressed the red button. 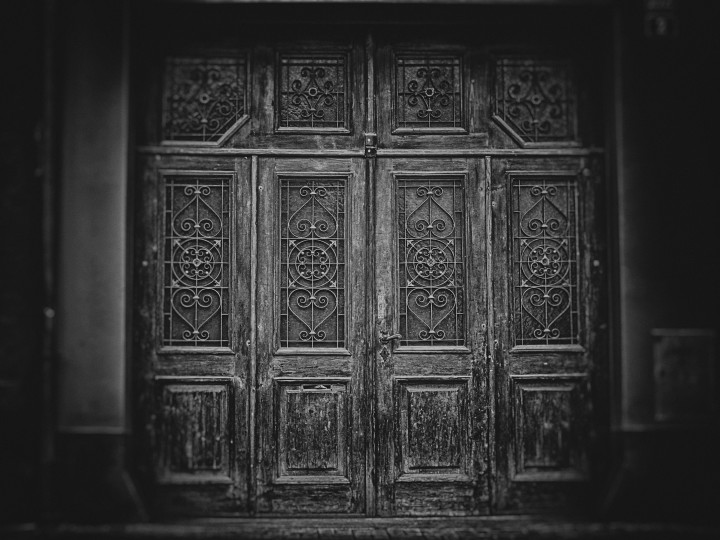 Who Sent the Text?

The lift shook and shuddered and there was a strained whining noise, like something mechanical needed a good dose of WD40. The door slid sideways to the right and Myra found herself looking at her mother, chained by her wrists and ankles to a large stone in the middle of a white-painted room. She was crying and being yelled at by a woman in green overalls from inside a large metal cage to Myra's left.The woman in the cage was screaming, "WHY DIDN'T YOU COME FOR ME?"There was a pile of broken bodies in the farthest corner of the room next to a bolted door. There was a metal crunching noise, a key being turned in the lock , and the door opened. Four spiders entered the space and scurried towards Myra. With nowhere to go, she tried to back into the lift but the door had slid shut again. The biggest spider, enormous, stood on its hairy legs and its head came up to the height of Myra's waist. It said, "Step into the cage," and pointed one of its legs to the cage containing the woman in the green overalls.Myra looked for a way out. Then looked to her mother.Next, two of the spiders moved toward her and marched her across to the cage, where one of them unlocked the door by placing a foot inside the lock and sliding it left and right again.Once inside, the spider locked the door again, and went across the room to Myra's still chained up Mother. Suddenly, her mother screamed as the four spiders wriggle out of their hairy skins and remained there watching her.They were still the same size, but were made of some kind of metal—spider robots! 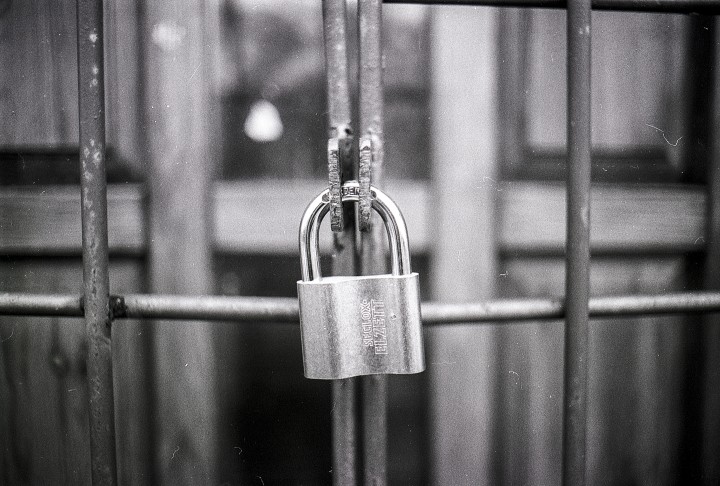 The woman in green overalls crossed the cage and put her arms around Myra. She told her not to look.The room door opened again and a larger grey spider robot came in and faced Myra's mother. It said, "For generations, your family has declared war on mine—you will now die for killing spiderkind."He then held her mothers arms down, bit her neck, and Myra watched the life drain out of her face.Again, the woman in the green overalls said, "Close your eyes—don't look!"but Myra couldn't. She couldn't take it all in. Her mother had been murdered by a spider robot. Why?The woman said, "They made me tell them where you live—I'm so sorry —if I don't tell them they'll add me to the pile of bodies over there."Myra looked up at the woman's face. She looked familiar.Then the words came. "I'm Elisabeth—your Mum's sister—I'm your Aunt Elisabeth. Do you remember me, honey?"

See all posts by Rosalyn Grams →