A Story Stranger Than Fiction

by William ONeill 6 months ago in fiction

The scary monsters are amongst the living 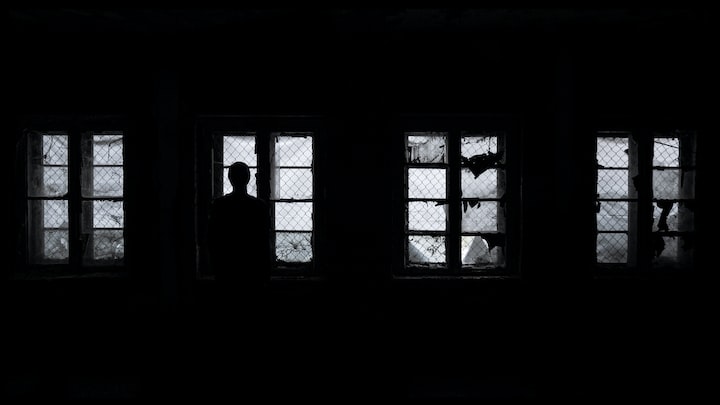 Photo by Julius Drost on Unsplash

As I sit here mulling over the past I am minded of the fact that no matter how far fetched might appear my pieces of fiction, the harsh reality of what I have passed in terms of experiences and people I have had to deal with in real life beggars belief.

One of my abiding memories is of the time back in 1995 when I was trying to get on in film and television. I managed to obtain a small grant of some 500 pounds sterling to pay for a two week course at some independant institute in North Yorkshire. I have to say, it was not a pleasant experience.

I was one of six interns the week I started, the only male in the group. We were allocated well appointed adjoining rooms in an accommodation block on the campus. By the end of the first week two of the group had already left, I was the third to leave, and with very good reason.

The first night was a very cold one and I and my female colleagues felt it a great deal due to insufficient bed linen. At breakfast the ladies asked me if I would be a spokesperson for the group and ask the owner, a famous ex BBC programme director, if he could organise for some extra bedding.

I came out of the block just in time to see this overbearing and overpowering monster striding across the campus to another block. I asked if I could speak to him a moment and he asked me what about. I mentioned the cold and the groups requirement for some thick blankets. His eyes narrowed as he looked down upon me(I am 6'1" and he was about 6'6") and he said in a very unfriendly tone that he would see me in his office in five minutes. He ordered me to go there and wait, which is what I did.

Five minutes later this ogre stormed into his office where I was sat comfortably on a low two seater sofa. He bore down on me like a man possessed and boomed in a tone and manner so threatening that I thought he was going to physically attack me.

"RIGHT, I KNOW WHAT YOU ARE UP TO, I HAVE MET YOUR KIND BEFORE.YOU'VE COME HERE TO CAUSE ME TROUBLE! MARK MY WORDS, I WILL DESTROY YOU !"

Such was the vocal anger, so uncomfortable was his stern look and aggressive body language, I felt compelled to look away like a frightened child.That only served to make him worse. He leaned down over me and boomed in a very loud baritone voice….

I lifted my head and tilted it back to look up into the eyes of a totally out of control scary monster. It felt I was looking far too deep into the soul of unadulterated evil. And I was in a state of total shock.

"NOW YOU GET OUT OF HERE. I WILL BE KEEPING MY EYES ON YOU. ONE MORE FALSE MOVE AND I WILL HAVE YOU. DO YOU UNDERSTAND? NOW STAND UP, YOU CAN GO, GET OUT OF MY SIGHT NOW!!!"

As meek as a berated child I stood and stepped forward towards the front door into his office off the central patio. Just before I got to the door he blocked me and put his massive hands up signal me to stop. Then he grabbed hold of a side door and swung it open to reveal an office with some middle aged female inside, sat at a desk. She timidly turned her strawberry blond head towards us as he boomed over to her…..

"RIGHT, YOU HEARD ALL OF THAT, DIDNT YOU? YOU HEARD WHAT HE SAID, RIGHT?"

I was so terrified of the man I hadn't dared to utter a single word. I was left totally speechless by this brutal, undeserved, anger charged verbal onslaught. I could not believe that a simple request would meet with such an attack. In fact I was so traumatised by the whole episode I had to leave the campus for an hour to go for a long walk down a nearby country lane.

On that walk I questioned myself about whether I really wanted to study under such an out of control psychopath. In the end, I decided to discuss the matter with my class mates. I have to say the ladies were very supportive indeed, because of which I promised to try to see the course out to the end.

One of the group told me that she had done some background research on this guy and discovered that he had been blackballed all manner of tv companies due to his behaviour. This was confirmed by a BBC editor I met at Leeds University School of Film and Television some time later who spoke in hushed tones, fearful of any ill consequences.

For the rest of the first week the man stalked me everywhere I went. I would get up nice and early and in the hours of dusk go for a stroll around the campus to think through my homework. Suddenly, I sensed I was being followed and stopped and spun round to see the ogre leering at me from a distance. He quickly dove back behind a wall. Throughout the rest of the day the beast stalked me. At every corner he lurked looking for all the world as if he was going to attack me. This happened every day during that first week.

I did consider the possibility that another student had taken those things, but in the end I dispelled that thought from my mind on the basis that everybody had brought their own stuff and none of it was missing. The strange thing was that all the missing things turned up again two days later!

By the end of that first week I had come to the conclusion that this man was an unbalanced, insecure, psychopath who for whatever reason had decided to torment me with his mind games. What's more I didn't feel like it was just me he made feel uncomfortable. There was a very oppressive atmosphere about the whole place, as if everybody was afraid to do anything that could be construed by that sick mind as a step out of line.

It was with some degree of reluctance that at the end of that first week I decided to leave in the dead of night. I felt bad about deserting my dwindling group of fellow students. With me gone the group of six was down to two. As I stood near my car in the carpark saying my goodbyes to the girls, who all understood the pressure I was being put under, the fool, or some stooge who worked for him, began throwing stones at me. I needed no further proof that I was doing the right thing by leaving.

I spent the whole night driving south hugely relieved to be out of that hell hole. When I finally arrived home in the early hours I telephoned the demon to tell him I had left and he went ballistic with me. He told me I would not be getting any refund and said that he was going to inform my grant provider exactly what sort of person I was. I let him keep the money and promised myself that one day I would out him for the lunatic that he was.

Some years later I discovered that the swine even terrorised his own children. Happily that deeply disturbed control freak is no more, and neither is the institute he ruled over. But I am still here to tell the tale of what a weird place it was and what a truly sick mind was operating it.

To this day I don't know why he chose to see me as an enemy to be kept an eye on, a person who he felt fully deserved such awful treatment. All I know is that he was one of many monsters I have had to deal with in my working life. And I have to say a good many of them have long since passed, and passed prematurely I might add.

Somebody once told me…

"Confucious says if you patiently sit on the banks of the river long enough, the dead bodies of all your enemies will float past."

I don't know if is true or not that confucious said those words, but they are words which have comforted me many a time when I have been sorely wronged by those who were not fit to lick my arse.

Receive stories by William ONeill in your feed
William ONeill
Read next: Horror Films Everyone Should Watch During October