5 spooky Australian myths and legends to keep you awake at night.

by Emm Margaret 24 days ago in urban legend 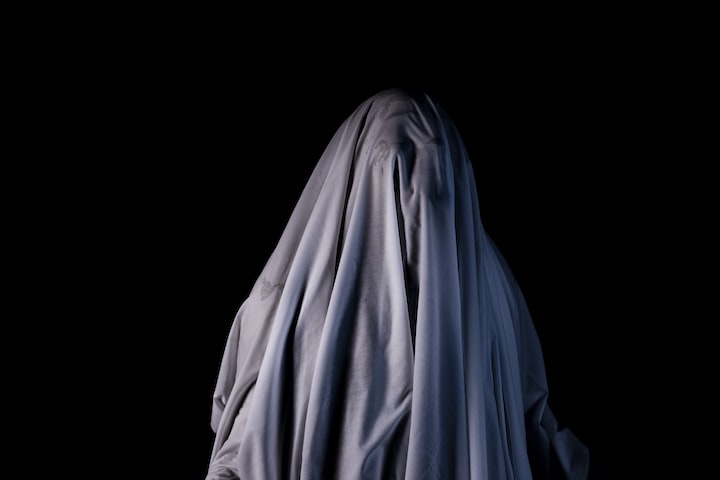 Photo by Syarafina Yusof on Unsplash

One night when I was a small child, I awoke feeling like something was watching me. I scanned my darkened bedroom, taking extra care to see if there were any shadows that shouldn’t be there, or If I could hear any breathing that wasn’t my own.

After 10 minutes of looking at each corner, ensuring there wasn’t anything there that would launch out of the darkness. I stood on my bed and jumped into the middle of the floor, to ensure any monsters, ghosts or demons that may have taken up residency underneath my bed couldn’t get me.

I walked out into the hallway, the only light source being the bathroom. I realised I was thirsty, so I tiptoed to the sink, thinking that my water glass would be there, but it wasn’t. I wouldn’t ever dare make my way down to the kitchen, it was pitch black, the old colonial foundations would shift in the wind, making a very ominous journey for a little 6-year-old, you never know what might be lurking in the shadows. I decided I would go to the loungeroom, I knew I had a water cup in there, it was still a spooky room, the gum tree branches scratched the front windows, making it feel like something or someone was trying to get in. I paused just before the threshold, the hair on the back of my neck was standing on end, I took a deep breath and rounded the corner. And there she was, luminous as a full moon, peering down at our TV set, an inquisitive expression upon her glowing features. I attempted to back away, but a squeaky floorboard broke her attention, she stood up, turned and smiled at me. I backed away slowly, we never spoke a word. That was the first and only time I saw her. For many years after that I would be awoken at exactly the same time, feeling the same chill run up my spine, and her invisible smile radiating towards me.

Its been 20 years to the date since my first encounter with a being from a different realm, some have been pleasant, others not so!

So I thought as a treat, I would look back at some of my most favourite and intriguing myths and legends of the land down under.

Frederick Fisher was a farmer in the small New South Wale’s town of Campbelltown, who disappeared from his farm in 1826. A neighbouring farmer claimed the deed to the abandoned property, on the basis of a letter he allegedly received from Mr Fisher. Stating he would not be returning to Australia, and was handing ownership over to his neighbour.

Several months later a respected local, John Farley claimed to have seen a ghost pointing to a paddock beyond a nearby creek. Mr. Farley claimed that it was Mr. Fisher, back from the dead, the apparition was completely silent, and merely pointed to the paddock before disappearing.

The nature of Mr. Fisher’s disappearance had been unexpected and raised a lot of questions from the locals and the police. The events spurred an investigation, and sure enough, his remains were discovered in the paddock beyond the creek, the same one the ghost had pointed to.

Of course, police records don’t acknowledge Mr. Farley’s ghost encounter, but the creek where Mr. Fisher’s body was recovered is still referred to as Fisher’s Ghost Creek. The tale of Fisher’s ghost is still commemorated today, and has even been the subject of a 1924 silent film of the same name. The story of Mr. Fisher’s demise is also still commemorated by the locals of Campbelltown, through their annual Festival of Fisher’s – a 10 day event that dates back to 1956.

In the early 1870’s, accounts of ‘Indigenous Apes’ appeared in the Australian town and Country Journal. The earliest account in November 1876 asked readers “Who has not heard, from the earliest settlement of the colony, the indigenous speaking of some unearthly animal or inhuman creature … namely the Yahoo – Devil Devil, or hairy man of the wood…”

The Yowie is said to be related to the US Sasquatch, both having their origin in Aboriginal oral history and American native lore. Best described as a hairy hominid - looking creature, ranging in size from 5-12ft, majority of witnesses have said that the Yowie walks on two legs, but other reports have depicted them as running or crawling on all fours. Reports of the Yowie extend back to the first fleet for European habitation and well beyond this in Aboriginal history.

In most circumstances Yowies have displayed passive-aggressive behaviour towards the unsuspecting humans who have disturbed them, and in some cases aggressive charges and tree shaking. This behaviour is believed to be more about forcing intruders to move away from an area rather than attacking them.

However, there have been reports of more aggressive behaviour when a human has had a fully fledged encounter with a Yowie. Yowie’s are known to track and follow humans, with historical reports from aboriginal communities suggesting that Yowies have been responsible for the disappearance of women and children in particular.

In some Yowie sightings witnesses have reported seeing or experiencing other strange occurrences including light orbs preceding or following the encounter, feelings of nausea, dread and depression, and failure of electronic equipment which worked prior and preceding the encounter. Glowing eyes have also been reported which may have nothing to do with the supernatural but be part of the creature’s biology. After all bioluminescence is found in a variety of life forms.

Yowie sightings have persisted in to the 21st Century, if you would like to read some witness accounts go here: https://www.yowiehunters.com.au/

According to legend, a man-eating monster called the Bunyip once resided in the lakes, rivers and swamps of Australia. It’s howl so loud that it would carry through the bush, making people afraid to go anywhere near the water. At night it would skulk around on land, hunting for women and children to eat.

The word ‘Bunyip’ comes from the Wergaia language of Aboriginal people of south eastern Australia. It translates to ‘Devil’ or ‘evil spirit’.

Aboriginal legend asserts that the origin of this creature was a man named Bunyip who broke the Rainbow Serpents greatest law by eating his totem animal. After that, he was banished and transformed into an evil spirit that lured tribesman and their animals into the water to eat.

Aboriginal Australian people have differing opinions when it comes to the morality of the Bunyip. Some believe it to be a bloodthirsty murderer others think that it is a punisher sent to Earth to bring justice to anyone who commits evil acts and to protect the wildlife.

The Bunyip is said to have supernatural powers, including altering water levels, the ability to paralyse it’s victims with its roar, and hypnotise humans in to doing its bidding.

Almost anyone you talk to in Australia has heard of the Bunyip or know someone who has seen one. However, it is almost impossible to find a person who has actually caught a glimpse of one. This may be why descriptions of the Bunyip vary widely.

The first written description of the Bunyip was published in 1845, claiming the creature laid large pale blue eggs, had long deadly claws, strong hind legs, a brightly coloured chest, and an emu-like head. This is why some researchers have indicated that the Bunyip may have actually been the Australasian Bittern or Southern Cassowary, which is sometimes referred to as the Bunyip Bird.

Others say that it has the characteristics of a bird and alligator, having a long bill, with sharp serrated teeth. Its body and legs strong and sturdy like an alligator, but it’s forelegs much longer than its hind legs.

It is said on a quiet night in the Outback, you can hear the howl of the Bunyip. Even today, Aboriginal People may steer clear of bodies of water when they hear mysterious howls through the bush.

So next time you’re on a nighttime walkabout, don’t stray too close to the water’s edge. You might end up being a Bunyip’s lunch.

The Yara-ma-yha-who is the vampire equivalent of Australian Aboriginal dreamtime stories.

It is red and frog-like in appearance, with a large head, big toothless mouth, and suckers on its hands and feet.

The Yara-ma-yha-who, is said to drop on unsuspecting prey and suck their blood.

When all the victim’s blood is gone, the Yara-ma-yha-who washes the corpse down with some water and has a nap. When it wakes, it vomits the victim’s skin up, after a while the skin is transformed in to a newborn Yara-ma-yha- who.

Isn’t the circle of life beautiful?

The Devil's Pool has been said to be one of the most haunted places in Australia. Although a beautiful body of water nestled amongst smooth and sculptural rocks, the eerie and tragic history of this location, doesn’t make for the best place to hang your hat and take a dip.

Since 1959, seventeen people have lost their lives, sixteen of them being young men who were visitors or backpackers to the area. Although this may be due to some young dare devils swimming and jumping from rocks in a highly dangerous area, resulting in them meeting their untimely deaths. Many locals attribute the deaths to an aboriginal legend – the tale of Oolana and her lost lover.

Oolana was a beautiful young woman from the Yindinji Tribe. She was chosen to marry a respected tribal Elder named Waroonoo. Not long after their marriage, she met a handsome warrior called Dygna who was part of a neighbouring tribe. The two quickly fell in love, and fled their tribes, escaping in to the bush. The Elders of each tribe discovered they were missing, sending out search parties to find the young woman and capture her lover – ending their affair. When the Elders found them, Dygna was dragged away, but Oolana escaped. In great despair and grief of her lover, Oolana threw herself into the Devil’s Pool. Her grief-stricken cries turning the calm waters in to a violent rushing stream.

Locals believe that Oolana’s spirit resides in the Devil’s Pool, attracting young men to jump in to the pool meeting their untimely death, in an endless search for her lost lover. Her cries are still rumoured to be heard and some visitors have captured photographs of a face depicted just underneath the water surface.

I acknowledge the traditional owners of the Aboriginal stories described above. I pay my respect to ancestors, past, present and emerging, for their continuing culture and the contributions they make to the life of our community both now and in the past.

I hope you enjoyed learning about some of the spooky stuff that resides in down under. If you would like to see more articles of this nature please hit the heart button, leave a tip, and subscribe! Have a pleasant spooky season 😊

Thanks for stopping by! I hope you enjoy my little family of stories, they are very dear to my heart. ❤️