12 Classic Creepypastas That Are Still Spooky

by Amanda Stables 4 months ago in urban legend

Taking it back to the beginnings of the popularity of Creepypastas and some of the best stories that came from then.

It was during the late-2000s and early 2010s that Creepypastas really started to hit their stride. The name stems from 'Copypasta,' which is, essentially, a copy-pasted meme in comment sections. This makes finding the authors of these stories rather difficult due to how many people reposted them.

Today, we're going to be going into the best 12 classic creepypastas that are still scary to this day. 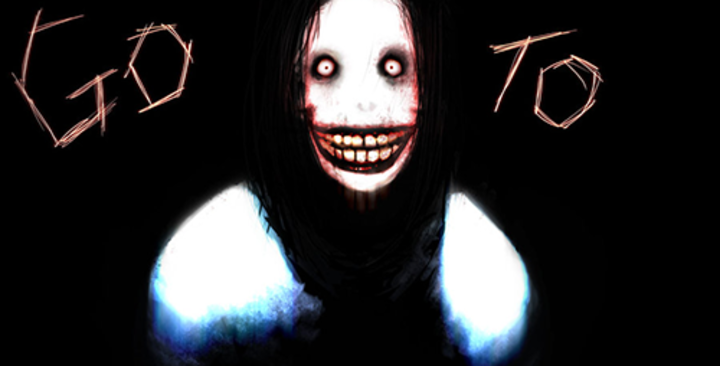 This Creepypasta isn't the most well-written story that is on this list. There are plot holes and unrealistic behaviors by pretty much everyone. This isn't even mentioning the fandom that has sexualized the character. The story really begins when Jeff is attacked by a group of bullies that throw bleach on him, burn him, and cut him. He is mutilated by these boys, and due to his torture, he loses his mind. He ends up cutting his mouth into that unsettling smile and removing his eyelids so that he would never have to close his eyes again.

But it's the image that has imprinted itself on everyone's brains that really solidifies this story's spot on the list. It still sends a shiver up my spine whenever I think about it.

The story tells us about a young college student that is trying to find Nintendo 64 games. He goes to a creepy house and manages to get a copy of 'The Legend of Zelda: Majora's Mask'. When he goes home to play, a lot of weird things start happening. The game isn't right and he can't erase the haunting of a former player of the game.

This was one, if not the very first, of the hacked/haunted video games. There would be a ton of these that would pop up as the years went on. But it's hard to ignore the impact of the originals. I'm also fairly sure someone went out and made footage of this Creepypasta.

Admittedly, the ending of this Creepypasta isn't that great. The ending has caused a few people to lose interest in the story. But to say that the rest of the story isn't super effective would be a lie.

This story takes place during the 1940s in the Soviet Union. Five war prisoners are picked to take part in an experiment with a gas that is meant to keep people conscious. They are locked in a room and monitored by some scientists. It quickly becomes apparent that something is very wrong with them. There is a lot of body horror involved with this Creepypasta and some images have been associated with it. It's a creepy story and just really enjoyable to read.

We continue our Creepypasta stories with unsettling photos with the story of Eyeless Jack. Also another one that has become popular with fanfiction.

Mitch moves in with his brother, Edwin. Things seem to be going fine until Mitch wakes up one morning to his kidney having been removed. The doctors are confused and release him, seeing as though he doesn't have that many medical problems. The next night, he wakes up to see a haunting figure with blue skin and missing eyes hovering above him. His brother ends up dead, and he ends up finding the kidney that had been removed from his body.

This is one of, if not the first, lost episode creepypasta that was posted. It might have been Dead Bart. But this episode hits a lot differently for me, because there is an actual 'Spongebob' episode that references this Creepypasta. That's hitting the big time, folks.

The story deals with an intern that was watching an upcoming episode of 'Spongebob'. They watched for a while and the episode was nothing special. Squidward goes on stage to play the clarinet when we see the crowd looking at him with 'hyper realistic eyes'. Everything goes bad after that and ends, unsurprisingly, with Squidward's suicide. There are plenty of uncomfortable scenes through the story that have made it a staple in the Creepypasta lore.

SCP is a series of creepypastas that go all over the map. The basis is that the foundation SCP (Secure. Contain. Protect.) is out there, and making sure humanity doesn't see the bad parts of the world. To secure these anomalies, contain them as best as they can, and protect humans from them. The Original SCP was SCP-173: The Sculpture.

This is a really interesting project. Anyone can try to contribute to the site, but it has to be approved before they're officially allowed in. There's an amazing lore behind everything and it's really impressive.

This is one of my personal favorite stories. It's unsettling and it's one of the few creepypastas that I don't mind getting blown up in fandom.

A mother starts to notice increasingly strange behavior in her five year old son. At first, she started to notice him talking to someone that wasn't there. Understandably, she chalks it up to her son having an imaginary friend. But then he starts to blame things on the imaginary friend; like receiving candy that he couldn't have gotten on his own. The story has a sad ending, but it's not quite a feelspasta. It's very creepy.

Weird things have always been posted online. Which is the basis of this Creepypasta. A few years before the plot begins, the author discusses hearing about something that was posted online. A smiling dog was posted to a forum. When people looked at the photos, they started to experience extreme events. The main character decides that he wants to take a look into the life of someone that had experienced it.

This story certainly plays with the idea of chain emails. Something that we've all had to experience at one point or another. Except this time, there's a curse attached. An actual curse attached, that will ruin the lives of people.

There's something about caves that just seem very unsettling. Nathan and his girlfriend decide to become one with nature by going on a hike into God's Mouth; a cave system. She doesn't seem that thrilled, and while they argue, they realize that they have a major problem: they don't know how to get out.

This is just a really good story and the recommendation to read this is here. I already didn't want to go into a cave. Now, I really don't want to go near a cave.

No doubt you expected to see this Creepypasta on here. Even if you didn't know about Creepypastas, you have heard about Slenderman. Most likely due to the attempted murder from two teenage girls a few years ago. But, on a more positive note, this Creepypasta has resulted in movies, YouTube series, and plenty of video games.

The details are that there is a creature out there; tall, pale, faceless, and wearing a suit. There is a lot of lore that surrounds this creature. But it's generally accepted that he will take people, that he causes problems with electronics, and there is little hope in surviving him once his attention is turned to you.

The original story surrounds various accounts through the years of a weird creature. Suicide notes, mariner's logs, ect. They go through current time all the way back to the 1600s, to show how long this creature has been here. A witness account takes up much of the Creepypasta and it's easily the creepiest part of the story. You really feel for the woman that lost everything that night. The Rake kills her daughter and results in the suicide of her husband.

The Rake has gotten quite a few spinoffs. But the original story is great on its own. It helps that there are a few creepy photos that are associated with the story now.

This isn't the most popular Creepypasta, but it is one of the ones that scares me the most. There's something to be said about something scary you see as a child and don't quite understand. That you take these things at face value—you don't understand what's happening, and you go through your life not questioning it. Not until you're older, and you realize the horror and danger that was there the entire time; that you saw something very wrong.

1999 follows a man's journey as he views what happened to him while he was watching a public broadcast show. He now realizes that there was something bad happening. That he almost got taken by a truly bad human being. Someone that was going to do more than what one would initially expect. And that person might not be gone.

See all posts by Amanda Stables →