You can adapt a comic book story, but you risk losing depth 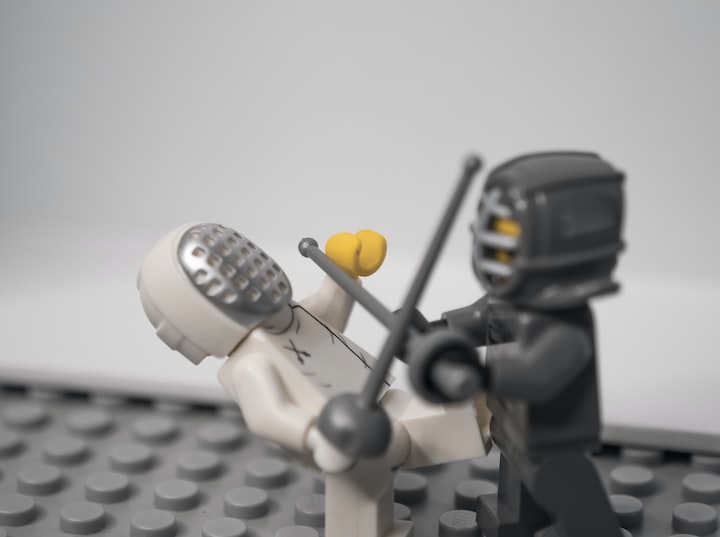 Photo by Stillness InMotion on Unsplash

As a general rule, I don't like superheroes fighting superheroes stories. I like stories with feel-good happy endings. If I need to cry or feel conflicted, these types of stories are great.

Sometimes you need stories that allow you to explore your own stance on controversial topics, stories that remind you that conflict often starts simply and grows to immense proportions. And sometimes you need to remember that the other side isn't all bad even if you agree more with one side.

But these stories are best left explored in the rich world of comics because they don't translate well into film. The classic examples are Batman V. Superman: Dawn of Justice and Captain America: Civil War. While both were loosely inspired by comics, they both pale in comparison to their comic book counterparts.

Batman V. Superman: Not true to the characters and disappointing

Batman V. Superman had many problems, but to its credit, you can get why Batman is wary of Superman. After the destructive events of the Superman film, it's understandable that Batman is concerned about one being having that much power.

What gets me is how Batman isn't willing to hear him out or even entertain the possibility that Superman might be a good guy. Direct movie quote from Batman:

"He [Superman] has the power to wipe out the entire human race, and if we believe there's even a one percent chance that he is our enemy we have to take it as an absolute certainty...and we have to destroy him."

This seems a bit of a stretch for the character of Batman that fans have come to love. Throughout his history, Batman has worked with people far worse than Superman to further the greater good and has been willing to give people second chances. Yeah, he doesn't trust easily, but he's also willing to listen, and he's a detective who works to get to the truth.

Nerd that I am, it matters to me that Batman and Superman are best friends in so many versions of the comics, so the idea that Batman would just try to kill him initially seems a bit over the top. And Superman certainly wasn't his happy and understanding self either. Yes, my knowledge of Batman is far more extensive than my knowledge of Superman.

Finally, what should have been an epic fight scene leaves the audience disappointed. Batman V. Superman has one little half-sparring match where Batman legit tries to go up against the man of steel who's just trying to save his mom from Lex. Superman's heart isn't really in it, and Batman suddenly becomes besties with Superman because their moms have the same name. Seriously?

Civil War: Why didn't they just talk to each other?

Civil War attempts to create a condensed version of the comic story arc. The basic premise is the same: governmental regulation of superheroes. In the film, the Sokovia Accords are proposed, which allow the United Nations to regulate the actions of superheroes. Iron Man (Tony Stark) wants to have some sort of regulation because he is overwhelmed with the guilt of his actions that led to the events in Sokovia.

On the other hand, Captain America (Steve Rogers) notes that "The safest hands are still our own," and refuses to sign the accords. Aside from this almost realistic beginning, it goes downhill fast. Who sides for and against the accords doesn't involve much depth. The conflict adds up to one fight scene on a rooftop.

Throughout the film, there are certain scenes where the obvious answer would be, "Let's just talk about this."

"Hey, Tony, we think there's people creating a batch of super soldiers in Siberia." I don't think Tony would have gone with them, but I think he might have at least turned a blind eye and trusted Steve. But Steve's team doesn't even try to explain the serious threat they are trying to prevent.

Captain America: "I'm sorry for not telling you about your mom. I was trying to protect you, but he's my best friend, and I am not going to let you hurt him."

Would it have helped? I'm not sure, but it wouldn't have hurt to try.

To top it off, there's only one major fight scene between the heroes and then one showdown between Iron Man, Winter Soldier, and Captain America. As classic Marvel films go, it was still enjoyable, but calling it a war? That's a bit of hyperbole, considering no one even dies.

Why it works in comics

The short answer to why superheroes vs. superheroes works in comics is that there's more time. It starts simple and can build to complex. There's depth to the story that you can't capture in a two and half hour film. Through the pages and the years, you see the humanity and emotions of the heroes, and you start to understand why they choose the sides they do.

My brother further noted that comics allow you to bring more heroes into the story than is plausible in film. What are all-out wars in the comics turn into brief fighting matches on screen that feel a bit anticlimactic.

Civil War in the comics has the time to build Iron Man's and Captain America's arguments. You can see the reasoning of both sides, and the fighting and conflict become believable through buildup and the use of multiple character arcs. It's not a conflict that could could have been solved by one or two conversations.

In contrast to the film Batman V. Superman, the comic Injustice story arc ponders the question in a real way: if Batman and Superman were to fight, what would have to happen?

The writers take five volumes of comics to answer that question. The conflict is believable and the story doesn't paint one side as completely innocent in the conflict. You could argue that Batman never wavers from his personal moral convictions, but not all the heroes side with him immediately, and readers typically don't either.

It starts with Superman experiencing the immense loss of Lois and his unborn child. If a man that powerful and that devastated was going to do something drastic, what would he do? He would likely start out with good intentions, but then maybe he would start crossing lines and controlling people to protect them. If Batman had to face that, what would he do? Who would he lose? How would he act?

The story takes you on an action-packed and emotional journey that is plausible and sad. You even see through the conflict how Batman and Superman still genuinely care about each other, but Batman can't condone Superman's methods or his attempts to control people.

Is there a solution?

Superhero flicks are great, but maybe they're better suited to tell stories of heroes fighting villains rather than facing internal conflict. They can be a fun distraction, but when heroes fight heroes in films, it can feel like, (as the guy from Screen Rant puts it), "if a kid took out all his superhero toys and started smashing them together."

Even with three-hour films becoming the norm, it's still not enough time to explore the complexity needed to maintain the humanity of both sides. If you want to paint one side as completely bad, that is an option. But why were they heroes before, and why are they evil now?

An alternative would be to create series for these sorts of stories that provide time to explore the conflict and see characters' reasonings. If they make an Injustice series, you can bet I'll watch it. But maybe, it's better to leave these stories in the pages of comic books.