Why Riley and Abby should have ended up together

by Shoshana 2 months ago in review

"Have they ever met a lesbian??" 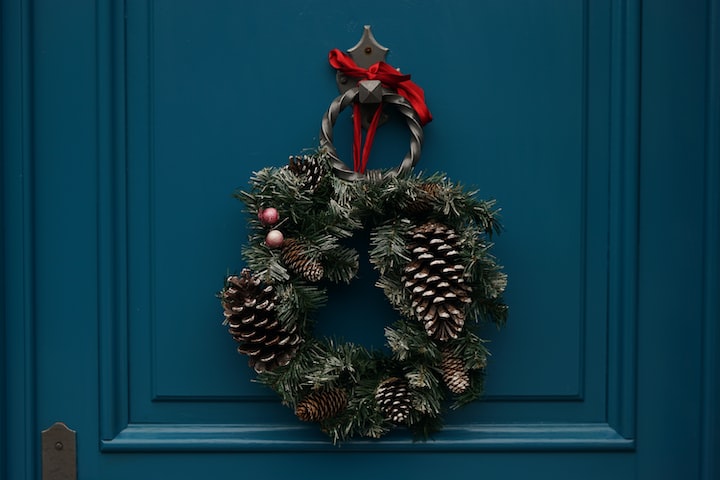 Photo by Erwan Hesry on Unsplash

WARNING: IF YOU HAVE NOT SEEN HAPPIEST SEASON AND STILL WANT TO, THIS PIECE HAS SPOILERS

I'm going to make my point right out of the gate.

Abby and Riley should have ended up together. And this didn't have to be a coming out movie.

No shade to Mackenzie Davis. San Junipero is my favorite episode of Black Mirror and I think she's a great actress. But who ever wrote this script made her so incredibly unlikeable that I did not root for Harper (Makenzie Davis) and Abby (Kristen Stewart).

In case you need a plot refresher, Happiest Season follows Abby and Harper through Christmas and the week leading up to it. The movie opens with them on a walking tour of Christmas decorations in their town and Harper trying convince Abby get into the Christmas spirit. Abby doesn't like Christmas (conflict number #1). Harper asks Abby to come to her family's house for Christmas and meet her parents. It cuts to Abby and her friend John (Dan Levy) at a jewlery store where we learn Abby is planning to propose to Harper on Christmas day and that she wants to get her father's permission first (Conflict #2). On the way to Harper's parent's house, Harper confesses to Abby that she lied about coming out to her parents earlier that year and that they actually don't know that she's gay and they think Abby is her roommate who is joining them for the holidays becuase her parents are dead (conflict #3). To make matters more complicated, Harper's ex-boyfriend Connor (Jack McDorman) still has feelings for her and they keep running into her secret ex-girlfriend Riley (Aubrey Plaza). As tensions mount between Harper and Abby, Riley and Abby start to develope a friendship. While Harper and Abby's relationship surive the presure of the holidays?

In short, yes. Eventually Harper comes out and she and Abby reconcile. But oh my god. The route she takes to come out practically destroys her relationship. The fact that she keeps telling Abby that she's going to come out and then when she's given the opprotunity, continues to lie? Messed up. I know that Solane (Alison Brie) outs her and that that isn't okay either but she could have seized that moment and been honest with her family. But she instead denies being with Abby. Whoever wrote this script seriosuly wanted to make Harper look as bad as possible.

Riley is the only person who can actually understand what Abby is going through. She was also hurt by Harper when again, Harper throws her partner under the bus when cornered. According to Riley, she and Harper where best friends for years and then more than friends. But when they got caught, Harper told everyone that Riley is gay and that she wouldn't leave her alone. Abby and Riley not only are able to have this very unique bond but Aubrey Plaza and Kristen Stewart have incredibly chemistry. I want a movie just with the two of them. Riley can give Abby the relationship she really wants. She can meet her where she is and no one has to hide themselves. That's what an equal relationship is. You can love someone and want different things and be in different places. But that doesn't mean you can't move on and find someone who is the same place you are. And Abby deserves that especially after everything that Harper put her through in just that one week of their relationship. And maybe, had we seen more of them before this mess of a week, I would have rooted for them more. But the movie chose to only show this part of their relationship. And the glimps we see makes want Abby with someone who loves andrespects her.

This also did not have to be a coming out story. They set up two other conflicts that still would have made a great, fun corny holiday movie. We could have had a whole movie about Abby learning to love Christmas with a new family. We could have had a movie about Abby trying to find a right time to propose and working with her family to make it this whole big surprise. Making it a coming out feels a little like a slap in the face, especially when Hulu marketed it as a cheesey sweet Christmas movie. And it sets a bad example. Some people are not ready to come out to their family, and that's completely fine. Coming out is a unique experience for every person. But you have to at least be honest with your partner. And if you're going to bring them home for the holidays you have to be ready to have all of those tough conversations. And you definitely cannot, under any circumstances, ignore them for your ex. You can make a good striaght romcom with all of that. So why do we have to settle for coming out stories and drama over and over and over again?

Not every gay movie has to be a coming out movie. And if you're going to make one, don't make your main relationship so toxic that no one is even routing for it by the end.

I love music and all things geeky. I produce mainly LGBTQ+ focused content in the context of music and pop culture. If you like those things too this is the place for you.

See all posts by Shoshana →