by Morgan E. Westling 11 months ago in superheroes

Marvel movies beat DC comics movies across the board because Marvel creates more relatable characters, constantly brings fresh ideas to the table, and shows a level of creativity on the big screen that DC can't seem to compete with.

The Marvel movies beat DC comics movies for a variety of reasons. Marvel studios has worked consistently over the years to create superhero movies that fans love, and their dedication to their craft shows. While the DC universe has come out with various movies that have soared to the top of the box office, the majority of audiences agree that franchises like The Avengers are ultimately the movies that are more well-received by fans of the comics and the genre alike. Comic book movies will forever be in competition with one another, and there are some key factors that contribute to capturing an audience; but if you're like the rest of us, you probably agree that Marvel's movie-making ability goes unmatched.

It should absolutely be said that of course audiences can’t relate to the superhuman powers of superheroes. With that said though, Marvel works to make each superhero greater than just their powers. Each character in the Marvel Cinematic Universe has specific personality traits and flaws that audiences can relate to. Spider-Man, for instance, is an awkward teenage boy trying to navigate high school, relationships, and growing up. Iron Man is arrogant and cocky, but he also deals with insecurities and doubt. These traits make for characters that real people want to root for as they make their way through life, whether or not they are doing so in a superhuman way.

One of the main reasons fans love watching both the Avengers and the Justice League is because these superheroes come together to form epic teams. However, Marvel movies beat DC comics movies because the Avengers form a far superior team than the members of the Justice League. It’s clear in every Avengers movie that the team is one solid unit. Each superhero cares for one another, and would risk their lives for one another. The Justice League doesn’t show this clear unity. While they do fight together, the underlying emotion simply isn’t there.

One of the most obvious reasons the Marvel movies beat DC comics movies is because the most evil DC villains of all time are what make the DC universe worth watching, as opposed to the heroes who are supposed to be stopping them. While Batman and Superman are strong and powerful characters, the DC villains have far more personality. The Joker and Harley Quinn have proven to be some of fan's most famous villains out of any comic book origin story. Because of these incredibly evil villains, DC still stands a chance against Marvel; however, Marvel ultimately wins out because the heroes (almost) always defeat the baddies in the end.

The DC universe has always thrived in the comic book world; however, they’ve struggled when it comes to bringing those stories to the big screen. Warner Brothers makes films based directly on the comics, but for some reason, they rarely ever translate over well. There is a lack of dimension to these characters and a lack of creativity overall. Movies require so much more than comic books do in terms of production, and if DC wants to compete with Marvel, they need to step up their game. Otherwise, the characters will remain underplayed and the plot will continue to fall flat among moviegoers.

As mentioned above, when talking about characters being relatable, one of the main reasons Marvel movies beat DC comics movies is because the characters have personality, and there is humor included in the story arc of each film. DC movies seem to have significantly less humor, and in order to provide balance to any action plot, there needs to be some comic relief.

Marvel movies beat DC comics movies every time because they add creativity to every single movie they put out. For example, Jason Momoa just starred in the new movie Aquaman and audiences were floored by the costumes and the scenery involved in the production, which is no surprise why it is one of the cooler DC movies made. Unfortunately, that should be the staple, not the exception. That's why it’s important for directors, producers, writers, and actors to come together and make sure each film is different than the last, even if the story extends from previous plots. DC has struggled to be innovative in their design and effects, while Marvel has a, seemingly, unlimited supply of superheroes who deserve their own movie franchises. 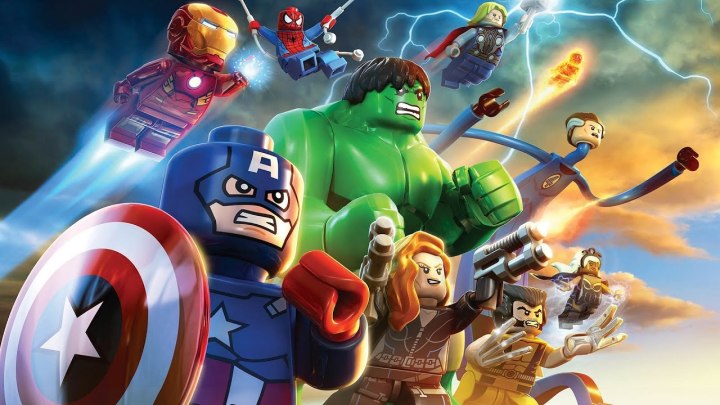 DC has made significant efforts to capture older audiences who once read the DC comics, but because of that, many DC movies may not be appropriate for children. Marvel, on the other hand, has done an excellent job of making sure fans of all ages can appreciate their movies, and this is the main reason why Marvel movies beat DC comics movies. When superhero movies reach both children and adults, they can better bond over what they saw, and possibly even go on a lifelong fandom adventure together!

It seems that DC has run out of ideas and just continues to recycle old ideas, while the writers at Marvel understand that there’s always a need for fresh ideas to be brought to the table. For example, Marvel has Captain Marvel coming out soon, and constant sequels, expansions, and other ideas being released well into the near future. Their new ideas seem to overshadow anything that’s happening in the DC universe, which makes it clear who’s winning the battle on the big screen.

One flaw in the DC universe is that their superheroes are overpowered. When superheroes are too strong and have no flaws, it makes them hard to relate to, hard to believe in, and sometimes even hard to root for. Both Superman and Batman are the ultimate superheroes, but sometimes, fans don’t need perfection. When it come down to DC vs. Marvel, DC needs something a little more real. The characters in the Marvel movies have superhuman powers, and yet they still have flaws and personality traits that bring them to a more relatable level for fans.

Lastly, Marvel movies beat DC comics movies because DC movies are too predictable. Harkening back to the fact that they lack creativity and don’t bring new ideas to the table, the DC movies become predictable because their movies are repetitive in nature, playing too far into the superhero trope.

While the Man of Steel and Batman will forever be iconic superheroes to look up to, the Marvel Cinematic Universe continues to beat down DC movies on the big screen. If DC wants to make their mark and compete with Marvel, the first thing they'll need to do is step up their game and reshape their characters to add more dimension to them. Right now, it’s clear who’s winning; and with all the movies they have coming out, we’re excited to see what else Marvel will bring forward.