When unhuman depths are coming ashore. The Rifters series by Peter Watts

by Nik Hein about a month ago in review
Report Story

From the oceanic abyss to the darkness of the human soul 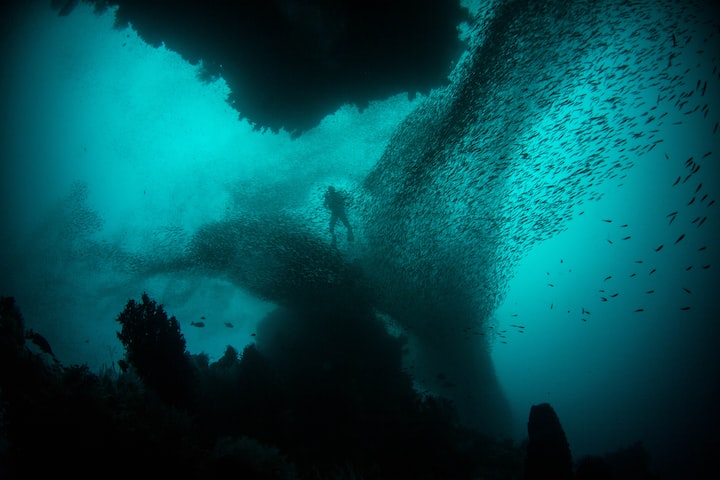 Photo by Alex Rose on Unsplash

Some call Peter Watts the new hope of hard science fiction. By others, on the contrary, he is considered a traitor (old-school sci-fi fans still cannot forgive the vampires in the Blindsight/Echopraxia series, though I do not quite understand this rebuke). The younger and more energetic reading generation often criticizes him for being tedious and overdone and boring. It is no wonder — it takes patience and a fair amount of knowledge to make sense of the intricacies of scientific concepts and the pyrotechnic encounters of the weirdest characters.

I’ll be honest — I was most captivated by the first part of the trilogy. Watts earned a Ph. D. from the Department of Zoology and Resource Ecology of the University of British Columbia and worked as a marine-mammal biologist. He definitely knows a thing or two about the ocean. By now, there are so many science fiction books connected to the oceans that they can be separated into their own genre of aquatic science fiction. I read a lot of those. Some are beautiful, such as The Deep Range by Arthur C. Clarke, and some are completely useless (I will not name them). Still, few authors have managed to come close to the sense of alienation and inhumanity that breathes from every page of Starfish.

Watts subtly grasped the main thing: humans do not belong to the ocean’s deeps. His rifters, though once human, have transformed to such an extent that they have almost completely lost their humanity without becoming truly part of the eternal deepwater darkness around them. In some ways, Starfish reminded me of a classic Gothic novel. Its leisurely progression, its small number of characters, and the scale of its slowly awakening forces, coupled with the growing madness of all involved, subtly refer us back to Lovecraft’s dark visions. But the dehumanization of the characters also has another meaning typical for Watts novels. The book’s heroes are not only human beings (although, in a sense, they can already be considered former human beings) but also biological processes. And this attitude persists in the following parts of the trilogy.

The other two parts, of course, are related directly to the first, both plot-wise and in terms of science-fiction concepts and assumptions, but each of them differs in its particular style and plot dynamics. Maelstrom is, at first glance, a classic disaster novel, with explosive plot development, mass casualties, and the deterioration of moral norms. But Watts remains true to himself, and the saturation of the text with scientific concepts is just off the charts, noticeably reducing the degree of apocalyptic fire. Still, Maelstrom is so different that it cannot be called a direct sequel. It’s more like a totally new novel populated with the characters of the first.

Behemoth (it consists of two parts, published separately in Canada) is commonly criticized as the weakest part of the trilogy, which in my opinion, is not entirely true. It’s just that those who have read everything from the beginning can lose the emotional connection to the series — so exhausting were the first two novels. Behemoth is not as autistic as the first part and not as extroverted and action-packed as Maelstrom — its ingredients are more or less balanced, which may seem boring or calming after the first two novels — pick your choice. It wasn’t dull for me — science (and there is a lot of science implemented in the story). My only complaint is a bit of banality in the plot denouement, but that’s not essential. Perhaps the writer’s fatigue was building up towards the trilogy’s end (as the author himself talked about in interviews and articles). Still nevertheless, in my opinion, Behemoth failed in sales not because it was worse but because readers turned out not to be ready to accept yet another radical stylistic shift within the series.

In short, if you like powerful, intense science fiction, you should definitely read the Rifters trilogy.

More stories from Nik Hein and writers in Geeks and other communities.