What's The Appeal With The Duke Of Hastings Exactly?

by Gal Mux 3 months ago in tv

Why does he attract so much attention, love and adulation? 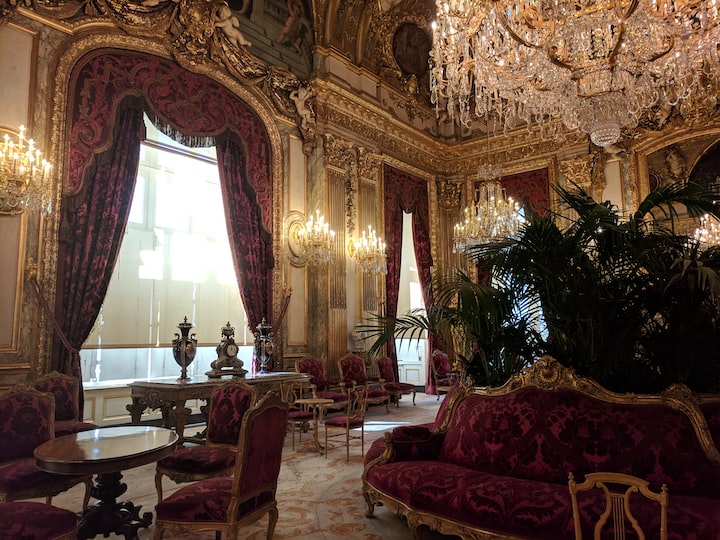 Bridgerton on Netflix is what everyone is talking about. If you haven’t watched it yet, you are totally missing out!

There are many things to love about the Period drama based on Julia Quinn’s novel. But what is drawing everyone’s attention the most is the character of Simon Basset the handsome Duke of Hastings.

Portrayed by Rege-Jean Paul a Zimbabwean — British actor, he is a wounded man who has dedicated his life to wandering, gambling, alcohol and the fulfilment of his carnal pleasures after he vowed to his abusive, frail father on his death bed that he was never going to marry or sire an heir.

Until he meets his match!

The story centres around the up and down love and marriage story between the eye candy Duke and the beautiful woman Daphne Bridgerton who touches his heart and his soul. She compels him to let go of his anger and bitterness and eventually leads him to change his mind on the matter of having children.

Period dramas are wonderful to watch. Handsome men in great roles are refreshing to watch. Romances too attract a lot of attention from viewers. But what is it about Simon Bassett that has totally charmed the world? What is it about Rege- Jean Page’s portrayal of him that has gotten the world to stand still and pay attention?

I do realise that by describing the Duke of Hastings' appeal I am also in some extents describing Rege-Jean Page’s appeal and that is my exact intention. They are like honey and sweetness. Trying to separate the two would be as futile as attempting to separate wetness from water. Let’s face it, Mr Page is a Greek god in the flesh.

He was born for this role. I have seen him in some other roles, but he doesn’t stand out in them as much as he stands out as the Duke of Hastings.

What’s his appeal exactly? Let’s get into it.

Standing at 5’11 he is tall, noticeable and has good posture. He towers over women and particularly over Daphne Bridgerton when they dance, when they walk, when they kiss and when they make love.

His height also helps accentuate his broad shoulders making him look strong, mighty and sexy. He commands attention and respect just by sight.

The Duke of Hastings has a handsome face. He has nice kempt hair, he is tall, strong, has broad shoulders, has beautiful teeth and a beautiful smile. He also dresses really well, wearing clothes that accentuate his sexy body and strong frame.

He is a man most women would want to bed and to have babies with. Many men also desire to look like him.

With a vast estate that he inherits from his deceased father, the Duke is a man of means. Many women looking to have a comfortable life would be attracted to him and his wealth.

He is not only wealthy but his wealth allows him to exert power and influence over his subjects.

He also has many servants who wait on him and whose sole purpose is to cater to his needs. He only needs to make a command, and someone will see to it that his wishes are fulfilled.

Even though he is handsome, tall, sexy and totally attractive. Even though he has all the wealth, power and influence anyone could possibly have, we know that the poor Duke is wounded.

He suffers through terrible pain after living a life where his father rejected him. He wounded him deeply by abusing him mentally and emotionally. The father refused to nurture his son, refraining from showing him any love, care or attention. He refused to love him because he is was not the perfect son he wanted and this would crush the heart of anyone.

These wounds cause terrible anger and bitterness to the Duke who makes a vow to his father that he is never going marry or to sire a child so that the Hastings line which he cared so much about more than his son was going to die with him.

The anger and bitterness cause him to live a carefree life of travelling, alcohol, gambling, women and other pleasures. He neglects his estate and his people. It also affects his sex life where to avoid siring a child, he never ejaculates in a vagina even when he gets married.

Simon Basset also suffers from abandonment issues after living a life without a mother since his mother died at childbirth.

He sometimes feels like a baby that needs to be hugged and told that everything is going to be okay. And even if he acts up by being arrogant, difficult and annoying, you feel for him because you know what he has been through and the acting up could just be a coping or defense mechanism.

His vulnerabilities are also his appeals.

‘ Finding your best friend in the most beautiful woman.’

‘ When you touch yourself…’

He makes you want to keep listening to him. His words are songs complete with rhythm and rhyme. He is like a poet that is always narrating a seductive piece of poetry.

The Duke is well aware of what he wants. He knows that he is attracted to Daphne Bridgerton and that he wants her. But he acts as though he doesn’t working really hard to fight his feelings for her.

He feigns a romance with her to keep other women and their mamas away from him while attempting to help Daphne attract a worthy suitor. I wonder if subconsciously, he was proposing the feigning of the romance in order to get close to her…

When he gets caught kissing her, he refuses to marry Daphne choosing death over marrying her. When they get married, he books two separate rooms for their wedding night. When they have sex, he works hard to not climax inside her every single time. What a stubborn man!

His stubbornness is what makes Daphne take matters into her own hands. First by demanding that he marries her, and by forcing her hand into where he ejaculates.

Its good to see though that his stubbornness is calmed by his wife in the course of their marriage. She is truly his match. And he is lucky to have found healing through her.

Is the man arrogant or what? He dismisses every other woman in London and when he meets Daphne for the first time, he treats her with smug that brings out his ego. He is always late to events and in his own words prior to his wedding, he’d rather die than marry Daphne.

Some women do find arrogance to be an attractive trait in men. They interpret it to be swagger. Not me though.

The Duke had already told all the mamas in London that he did not intend to ever marry. That however does not deter the women from pursuing him. We clearly want what we can’t have. Based on the theory of reduced supply leading to increased demand, the Duke’s apathy for marriage only makes the women want him even more.

When he refuses to marry Daphne choosing death over a life with her, she makes it known to him that he has no other option but to marry her. His unavailability is what makes us as viewers and the women in London want him even more.

His sexual passions compel you to love him.

He is a Duke tending to the needs of his Duchy. He is also a boxer, a traveller, a gambler, he can dance, can ride horses and can handle a gun. He is a man of many talents.

His sex life is also very versatile and adventurous. He has no inhibitions as to where they can have sex. They do it in the bedroom, in the study, in the fields, in the rain… he is very exploratory.

You can tell he is not a rigid man. A life with would be a life of wonderful adventures.

Even though the Duke displayed a huge degree of arrogance in the matter of marriage and siring children, he is very modest when it comes to his wealth and status.

He does not seem to flaunt it or to make it his main appeal. He does not promise his wife wealth and power but promises her love and affection. He has developed close friendships with people of other statuses from his, and that shows his modesty.

He doesn’t seem to regard himself as better than everyone else because he is a Duke or because of his vast wealth, his power or influence.


See all posts by Gal Mux →