What makes a good hero story?

Is it the villain? Or the challenge? Or the background of the hero? 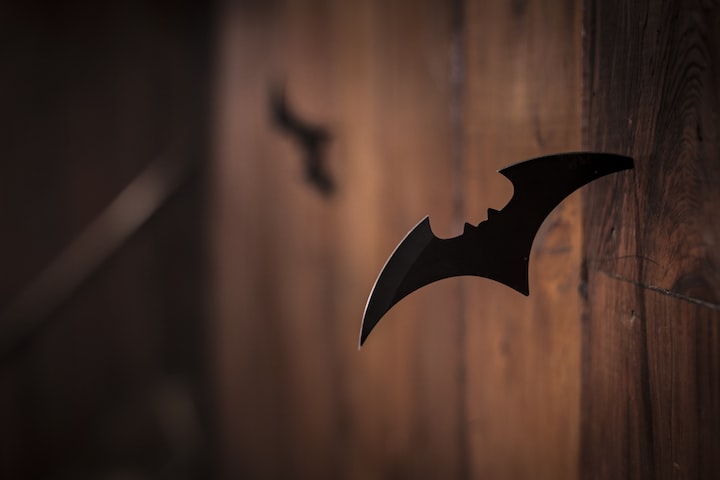 A hero is a principled person who wants to do good for society and goes beyond his duty to help everyone. The villain wants to stop the hero. The villain initially destroys the hero. The hero then stumbles, learns, and metamorphosizes to defeat the villain. The ability to learn and overcome challenges is why I love heroes and their stories.

So, what does the quality of the story depend on? The hero? The Villain? The quality of the challenge faced? What if this challenge is only a physical one? Is that any less than a mentally challenging one? A challenge where the hero has to think, do research and draw logical conclusions. The hero has the put on the thinking cap, pull out a pen and paper, and solve complex problems. It doesn’t seem like a hero. The character sounds like the sidekick who does the mentally straining tasks (Gordon perhaps?). So, what is a worthy challenge? A challenge that plays to the strength of the heroes or one that forces them to evolve beyond their skillset? It would be weird seeing Captain America bent over a computer writing code to prevent a DOS attack. His strength is his courage and determination, and maybe that should be a part of his challenge.

We need to know more about the characters. Heroes are often seen as ideal beings. One who can make no mistakes. But we relate more to flawed heroes. It makes them more human. Giving a background on the characters helps us understand their decisions. We become attached to the characters and almost wish they did something for themselves. Heroes don’t have to perfect and win every battle. Sometimes it is okay to make a mistake. But they always stand for what is right. Sometimes this has repercussions. So, let us talk about another film: Batman: Under the Red Hood. We have the introduction of a new villain: Red Hood. The movie starts with Joker killing Robin and Batman isn't able to make it in time. A new villain appears in Gotham who is wiping out the mafia. The intelligence and technique of Red Hood start reminding Batman of someone. He realizes that Red Hood is Robin. His mistake of not catching the Joker and keeping him alive has cost Robin. He turns evil and chooses to control the crime rather than eradicate it. Batman is trying to do the right thing but his choices have led to this stage. His actions have almost forced Robin to become Red Hood and take up killing as his last resort. Is Batman a hero in this story? We see a very different side to heroes in the movie. Batman has to make some difficult decisions that challenge his moral compass.

It might be interesting to see what kind of challenges heroes face in their stories. Let us start with the Dark Knight Rises. A mercenary called Bane methodically renders the defense system of Gotham useless and proclaims to liberate the city. In the process, Bane breaks Batman physically and mentally. Bane says it best, you fight like a younger man, nothing held back. Bane then breaks his back and carefully lowers him into a pit. Legend says that nobody has escaped from the pit except a child. You can see that hope and despair go together. Bruce works hard to rebuild himself physically. But that isn't the reason that he escapes. The illusion of a second chance is sometimes what is holding us back. Overcoming this mental challenge where so many people have died trying makes Batman a real hero. His strength is his mental and physical conditioning, and the story shows that. Batman beats Bane psychologically. He is smart this time, targets the mask, and beats Bane in a 1v1 situation. The challenge here is daunting, and so is the villain. But Batman wins his battle and frees the city. A story where the hero is forced to upgrade himself and put his character to the test.

Let us talk about another film, Black Panther. T’Challa is the king of Wakanda and set to inherit the throne and Killmonger enters the scene. He kills an enemy of the kingdom and challenges the throne. Killmonger was well within his rights to do so as he was a royal descendent. T’Challa realizes that his father had killed his brother and left Killmonger alone in the world. He doesn’t wish to fight him but the fight does happen. He’s defensive and just looking forward to getting out of this without anyone getting hurt. But Killmonger is a trained mercenary and ruthlessly beats T’Challa. This fight was life-threatening. Even under such conditions, if T’Challa cannot win, then Killmonger is the better fighter. But T’Challa comes back in the end and beats him. The physical fight has nothing to do with their journeys, abilities, and who the better fighter is. This kind of spoils the ending. You’d expect T’Challa to win and regain the throne but more logically. Home ground advantage and help from his sister shouldn’t be why the hero wins. But there might be a piece I’m ignoring. T’challa goes through an emotional awakening when he realizes his father wasn’t the man, he thought he was. He realizes that mistakes were made and it should be up to him to correct them. His duty and responsibility as a king are what motivate him and help him beat his enemy. The challenge here is formidable. The enemy is a member of the family. He overcomes emotional, psychological, and physical problems to win back the throne and his people.

It is helpful to have a background on the characters. It helps us understand their aspirations and reasonings. Maybe it is essential to have both challenges as well. One that forces the hero to think and another where they light up the screen. The ending should be dramatic. All the pieces come together and wreak havoc. The hero pressing the enter key at the end of a film and beating the villain would be a whimper of an ending. Even though the hero has defeated the villain through his mental prowess, it doesn’t seem like a worthy ending. The hero must win a psychological battle to get to the physical one. A story without the final fight would feel incomplete.

More stories from writers in Geeks and other communities.