What are some good books like Anne of Green Gables?

by Muhiuddin Alam 5 months ago in product review
Report Story

If You Love Anne of Green Gables? You Should Read These Classic Books Next. 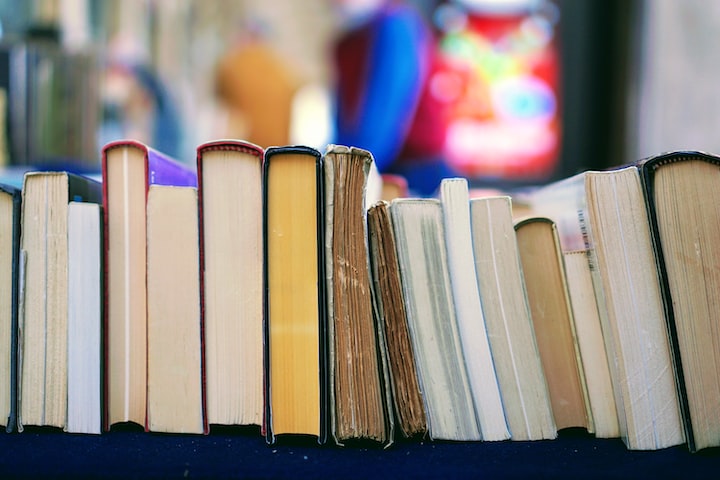 Photo by Tom Hermans on Unsplash

"Anne of Green Gables" is the sweetest novel about children's lives, and it is also a spiritual book that parents, teachers, and children can gain from it.

Canadian female writer Montgomery, with fresh, fluent, vivid, and humorous brushstrokes, tells the story of the innocent, kind, and life-loving heroine, Little Anne, who lost her parents when she was young and was adopted at the age of eleven.

And self-esteem and self-improvement, by virtue of his hard work, not only won the love of adopters but also won the respect and friendship of teachers and classmates.

Since its inception, the book has been translated into more than 50 languages, and more than 50 million copies have been published continuously. It is a world-recognized literary classic, especially suitable for girls to read.

Anne of Green Gables is the story of an orphan growing up. This is a sweet novel describing children's life, and a heart-rending book that touches parents, teachers, and children.

Brother and sister Matthew and Marina lead an undisturbed life in Green Gables. In order to find a helper for Matthew, who is suffering from heart disease, they plan to adopt a boy from the orphanage.

An eleven-year-old girl in fantasy. Anne was innocent and enthusiastic, full of romantic imagination. In her imagination, there are weird names, and the naughty stream laughs under the snow cover; Rose can talk and will tell her many interesting stories; her own shadow and echo are her two close friends who can tell her heart. ...

However, because of her love of fantasy and a "heart of beauty", Annie has caused herself a series of troubles, and she is constantly making troubles and correcting her mistakes. With the care of friends, family, and teachers, the little orphan Annie gradually became a happy little master in Green Gables.

The author's language is fresh and natural, and the brushstrokes are vivid and humorous. He uses delicate brush strokes to describe the emotional changes in the protagonist's heart.

The story is full of twists and turns, which is fascinating. The sincere love and selfless dedication of Matthew and Marilla's brothers and sisters to Annie are deeply touching, and Annie's innocent, kind, life-loving, strong, and optimistic image is even more unforgettable.

Mark Twain spoke highly of the novel, saying that "Anne is the most moving and beloved figure since the immortal Alice".

Anne of Green Gables is a wonderful story that fascinated both British Prime Ministers. Since its publication in 1908, this Canadian classic of children's literature has been translated into dozens of languages ​​and sold worldwide.

2. To Kill a Mockingbird

7. This Tender Land: A Novel

9. My Brilliant Friend: A Novel

10. The War That Saved My Life

12. The Sweetness at the Bottom of the Pie

Anne of the same genre or similar and similar works that may interest you. You can follow works similar to "Anne of Green Gables" to read and understand the writing styles of these works, compare their similarities, and learn from them.

Below are the works that we guess you may like. Through these novels/works that may be similar to "Anne of Green Gables", you can expand and learn these similar styles of writing and understand the inherent literary charm of the works.

Pride and Prejudice by Jane Austen

When I saw someone say that Elizabeth in "Pride and Prejudice" was moved because of the beauty of Darcy's manor, I was so puzzled that I couldn't help but read the book...

I was in middle school when I first read this book. Love only exists in literature (I was bored watching the romance in martial arts dramas when I was a child). After many years, I read the passage from Elizabeth's visit to Pemberry to the end,

but I have a completely different feeling. Perhaps it was only then that I vaguely understood why this book became a classic handed down from generation to generation.

This is a story that is both realistic and ideal. The clue can be seen in the author's lifelong unmarried life. However, I always think that Jane is happy, otherwise, how can her character be elegant and lovely? Living in a dream, as long as it is long enough, is also a joy. The triviality and imperfection brought by marriage may instead cause pain and remorse; the light of love will not be so bright.

I can't believe that more than a hundred years have passed since that era. The washing of time can only reveal Jane's profound insight into human nature. In such an era, despite the diversification of choices, money, and status are still the main goals of people's competition,

but there are so many people who are tirelessly pursuing "legendary" love. In fact, it is not difficult to understand that some people will understand Elizabeth's love as "seeing the big manor and moving my heart".

Because people often see only what they think is important in their eyes. The "noble quality" of Darcy that Jane tried so hard to shape may be illusory and distant in their hearts, and it is not enough to rely on.

For Elizabeth, however, the human element was the most important. She also fantasized about being the hostess of the big manor, but when she thought about it, her uncles and parents would not come to play.

"Thanks to her thinking of this, she didn't regret what happened at the beginning." Think about it, even the relationship with the uncle and parents goes beyond the desire for wealth; we don't have to be too harsh on her little vanity.

However, I have always felt that Pride and Prejudice is a novel for women. There are many women who feel that they are uniquely smart and expect someone to appreciate them, and the person who appreciates them best is someone else's idol.

Finally, you have to understand that Mr. Darcy you meet doesn't have to be a handsome diamond king. He may be equally sincere to you, ignoring your imperfect appearance, but appreciate your witty and playful demeanor, and be willing to lend a helping hand when you and your family are in trouble...

He can even disregard the opposition of elders, worldly prejudice— - but he doesn't have the equivalent of a £10,000 annuity in the 19th century, doesn't have the charisma to catch the attention of all the women present at the ball, and maybe has an arrogance that makes many unpleasant...

2. To Kill a Mockingbird

To Kill a Mockingbird by Harper Lee

I want to chat with you about my thoughts on the book To Kill a Mockingbird, which you can read when you have time.

I still sigh that there are not so many adventures in my childhood, which makes me realize that the shallowness of my past cannot be concealed by age, but I have to admit that even after reading this book, I have benefited a lot.

Fragments of the book seem to have strong contemporary contexts, the kind you can spot when you read them: racial sectarianism, Hitler, and Dewey's education laws, for example.

However, I don't think this background can limit the eternal theme (which is rare) - that all men are created equal. It is true that there are many inequalities in the story, unequal skin color, unequal family members, and even inequalities between beliefs.

The article does not talk much about Atticus' religious beliefs, but I think he is more Christian than most people who believe in Christ. The believer has a higher morality - he loves people so much that it extends to all things. He uses his own special way to show respect for everyone, and he is also showing what a real gentleman does.

He is neither submissive nor harsh. He is gentle but not rude, and his behavior is powerful but not rude. I think This is the best education for his children. Remember?

At the end: "Scooter, when you finally get to know them, you will find that most people are good people." I think this is what this novel wants to express most, which is really pure universal values.

In HANNAH's twilight years, the children left the farm, and the husband passed away. What is left is the home she and her husband built bit by bit, and the stories and characters of her life, who accompanied her in a rocking chair, night and night Memories.

The first time he read WB's book, he has deep feelings for traditional American farming methods and lifestyles. Very idealistic. This is his own life background.

His father is a lawyer and also runs a farm. WB resigned from the university where he taught, and now runs a farm in KENTUCKY, and writes at the same time. Many of his novels are based on Port William, starting in 1960, NATHAN COULTER. HANNAH COULTER was published in 2004. Andy Catlett in 2006 is also.

In 2018, Little Women has been published for 150 years; in 2019, my three-year struggle to read it is finally over... The characterization in this book is undoubtedly a success.

This is because the author spends a lot of space creating them, and that space is of no use other than characterizing them. This kind of emphasis on writing makes the background of the era in which the story takes place is very vague, and therefore the pattern is not high.

The whole story is very simple, it takes nearly 800 pages to tell the story of four sisters in an ordinary family. In other words, very boring. It was only in the last 200 pages that the plot got a few ups and downs and I didn't have to sigh "so boring" every half a page.

This book also confirms once again that I really don't like the way traditional novels are written - too little white space and too much-concluding description, too much didactic to leave any room for contemplation.

All in all, it's too sweet and tender and too serious and simple.

The second time I saw this story was when another young actor played the role on TV. Yes, I was moved twice after reading it, and now I have found the book to read, and I am also secretly reading it during work hours!

When I saw the little princess starving, I felt very sad. How could a child like that endure so much suffering! Her little heart is so kind that she thinks the world is so dirty; she sees through everything in the world, her strong performance, and the hypothetical fairy tale makes me feel that everything is still so beautiful!

Everyone no matter where they are Don't give up your "assumptions" in such a situation, and maintain a princess attitude and politeness no matter what the environment is! Every fairy tale must believe that it is true!

More stories from Muhiuddin Alam and writers in Geeks and other communities.