by WatchMojo 12 months ago in zombies

There are a lot of different zombie types in movies and TV, all with varying degrees of fright.

They’re all different, but one thing’s for sure: you are not safe if these monsters are around. Welcome to WatchMojo.com, and today we’re counting down our picks for the top 10 zombie types in movies and TV.

For this list, we’re looking at all zombies and infected, zombie-like representations in film and TV, and are picking our favorites based on their iconic and badass status.

Appropriately starting off our list is what’s thought of as the first ever representation of zombies on film. The work of a voodoo master who goes by the name of Murder, these zombies were created by a magic potion which kills them, allowing Murder to revive them as zombies to do his bidding. Blank, emotionless and able to withstand gunshots, these zombies can only function through a mental connection with their master. Though not of the flesh-eating persuasion, these classic zombies are still very dangerous.

These are the zombies we’re all familiar with, that defined the genre as we know it. In George A. Romero’s Dead series, the dead are reanimated shortly after their demise, and all they want to do in the afterlife is feast on human flesh. The reason for this infection has never been confirmed, but theories suggest it could stem from things like a virus, space radiation, or some sort of penance sent down by God. These zombies shuffle quietly and clumsily, but don’t underestimate them: they’ll outlast you in a race any day. However, as we’ve all come to learn, one thing will down a Romero zombie for good: destroy its brain.

If you ever find yourself craving brains, you might fall under this category of zombie. Thanks to governmental incompetence, toxic gas is released into the air, which—of course—reanimates the dead. But, Dan O’Bannon’s zombie trope differs significantly from Romero’s in several ways: the corpses are still able to speak, run and function almost as they did when they were alive. However, O’Bannon’s zombies have one objective: to eat brains, which they say alleviates the pain of being dead. One of the deadlier zombie types on our list, these corpses can’t even be destroyed by damaging their brains; only by burning their bodies. But that makes things worse for the rest of us!

Within the already mythological world of Game of Thrones exists a group of mythological beings known as White Walkers, that few believe truly exist. Once upon a time, these creatures of the cold arrived in Westeros, having slaughtered everyone they encountered. With the power to freeze objects and reanimate the dead, White Walkers are a deadly foe, as they’re able to create an army of living corpses with ice-blue eyes called Wights. Better hope you have some wildfire or a flaming sword at the ready when winter comes, because these zombies are tough to beat.

In case you can’t guess based on the title, these zombies have brains. An evolution of George A. Romero’s classic zombies, the undead in Land of the Dead are slowly regaining their intelligence—although some are still easily distracted by bright lights. One zombie in particular—Big Daddy—surfaces as a leader in an attack on the humans over the distress they’ve caused the undead population. Big Daddy turns the zombies around him into an organized force that can conquer the land of the living. Word of advice: Don’t let this zombie pump gas in your car.

What’s scarier than a swarm of bees or wasps approaching you at a fast pace? How ‘bout a swarm of zombies? Attacking with a mob mentality, these monsters seem to run over each other just to get to their next set of victims. More dangerous than your normal modern zombie, considering the fact that they use each other as ladders to climb over large obstacles and demolish anything in their path with their ferocious speed, the World War Z swarm is terrifying in its size and scope. The word deadly doesn’t even begin to describe these zombies.

Nazis + zombies = pretty badass. These zombies originated as a group of ruthless Nazis who occupied and tormented a small Norwegian village during WWII. When it was clear Germany was losing the war, however, the locals attacked, slaughtering many of the Nazis and sending the survivors into the mountains, presumably to freeze to death—but not before the Nazis stole the villagers’ valuables. Anyway, the Nazis became zombies, and they’re disturbed when their stolen treasure is stolen from them. To escape these zombies, just return their precious loot ‘cause they won’t stop until it’s theirs again.

Of the many names given to the undead in this series, “zombie” isn’t one of them. Commonly called “walkers” by Rick Grimes and his fellow survivors, these zombies have seemingly overrun the Earth—and they’re a constant threat to those humans who have endured. Though they will eventually starve to death, in this post-apocalyptic world, the best way to make quick work of the walking dead is—you guessed it—to destroy the brain. But, if you simply want to avoid detection when walking through a giant horde, best to camouflage your scent somehow.

Very different from the original Romero zombies on which they’re based, the updated undead are arguably more terrifying because of their speed and agility. Lethal alone but an almost certain death sentence when in a group, these amped-up zombies still desire human flesh, and never run out of energy when chasing their next meal. But fortunately, in this remake, the only way you’ll become a zombie yourself is to be bitten by one. So, if you find yourself surrounded, head to your local shopping mall for protection. Delivery dog not included and gun store sold separately, of course.

Before we re-animate our number one pick, here are a few honorable mentions: 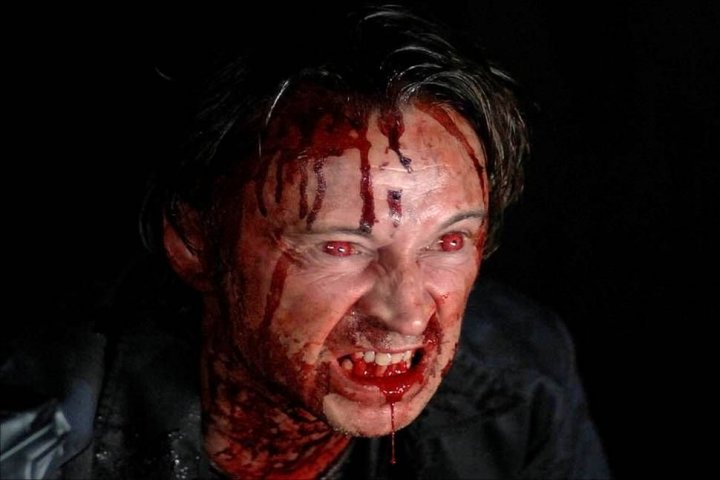 Overpowering rage, anger and violence are the main symptoms of the Rage Virus. Spread not only through bites but also by a kiss, needle or through contact with infected blood, this virus is extremely hazardous as infection will turn you within seconds. Though The Infected are not technically dead, and are living hosts of the virus, they’re still zombies in that they violently kill and infect their targets, using their remaining intelligence, speed and other lingering human characteristics to do so. Your best bet of surviving these guys is to start training as a marathon runner ASAP. Though not traditional zombies by definition, The Infected redefine what it is to be undead.

Do you agree with our list? Which zombies have you preparing for the apocalypse? For more terrifying top 10s, be sure to subscribe to WatchMojo.com.