by Kenneth Wilson about a year ago in movie

After 16 years, they've finally decided to give the people what they want...it's 'Bad Boys for Life.'

As a society, we often times frown on remakes and especially the dastardly trilogy. This is the case for many reasons, but some of the more common reasons include: that we are getting tired of the characters in a series, becoming over saturated with the storyline or nature of events, or even the mere notion that most remakes simply never live up to their predecessor(s). Well, in this particular case, those are the exact reasons why we are clamoring for the third installment in this series.

Although slightly older, the two stars of this series have managed to age gracefully enough that they don't look that much different than they did in the original flick. Aside from their physical appearances alone, their work has made it so that they transcend generations and elements of culture. In taking a scroll through your friendly "guide," or whatever your cable provider calls your television programming schedule, it should be very apparent.

Since they first starred in the television shows that made them household names, The Fresh Prince of Bel-Air and Martin respectively, the shows have been syndicated and re-aired on countless occasions. This is so much the case that even today, January 30th of 2019, they can both still regularly be found on network television. These are facts, see VH1, MTV, or Nickelodeon for details. These were timeless shows alone, but their senses of humor and bodies of work have made them timeless in themselves. With that in mind, you can't get tired of anything these two are involved in, it's impossible if you also breathe regularly.

Like many other remakes, re-boots, and/or re-imaginations, this franchise has always promised huge things. Unlike many other remakes, re-boots, and/or re-imaginations however, this franchise has always delivered. How many people can recall the scene from Bad Boys, the initial film, where it was Lawrence's character Marcus' duty to protect the witness. The kicker here was that he was to do so at Will Smith's character, the infamous Mike Lowrey's home. Watching him explain why there were so many pictures of his partner is a classic movie scenario. How many can also recall the scene that inspired the feature image for this piece? The hilarious door scene from Bad Boy's 2 that inspired this line, "you at least 30."

What these memorable scenes point to is a necessary consistency. As creatures of habit, we not only yearn for consistency but when being presented with such gems such as this series is, we absolutely need it. They definitely have delivered thus far, and they should be expected to do so again. That can't be said for all previous series.

The world has been calling for it. 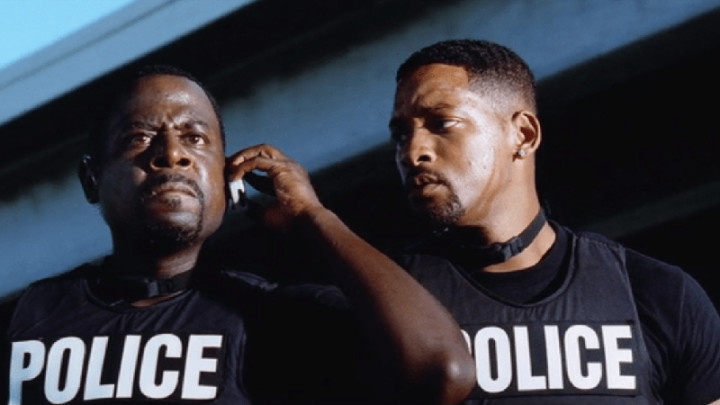 There comes a point in time in every request, that the requester must either come to a point of patience in waiting to receive what they have been asking for, or give up hope that it just won't happen. The latter is the direction things seemed to be headed in for a while, but isn't it wonderful that patience prevailed? The world, the fans, and the culture have wanted this for so long. Unlike many other things in 2019 that can become over-saturated so quick, you can never have enough pure comedy. Especially when that is bundled up in a nice "buddy cop" package, featuring not only two of the most iconic stars of our day, but two who helped shaped culture in the way they did. This isn't the next thing from a long line of cookie-cutter things that often sends the world in a tizzy, for nothing. This is another installment in a series that not only had everyone named Mike saying "Mike Lowrey" when asked their name, or had the world "shaking their tail feathers," but one that showed just how good, Bad Boys could really be. Can't wait!