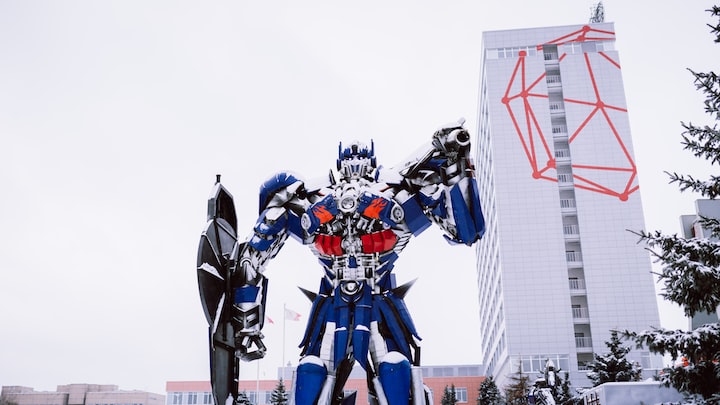 This is part 8 in this series about things I’m passionate about in order to help focus myself and maybe inspire you. Enjoy!

I love mechs, giant(ish) robots piloted by hoomans, and exos, i.e. Iron Man. I’m pretty sure I’ve identified them as my life’s calling, in one form or another. I’ve built various websites and social media properties about them, celebrated them in various forms of writing, video, and photos, played countless games and watched more TV shows and movies about them than I can remember. I’ve also built MANY prototypes involving them and their supporting technologies. Benefits of having a 3D printing lab and workshop at home. They’ve pretty much become the way I think I’ll most likely enhance myself to the point of transhumanism, since I’m not super huge on implanted cybernetics given their propensity for infection, rejection, and rapidly becoming out of date as the tech curve grows. Put something I can put on, or get in, and upgrade on the fly? I’m totally down for that. Mechs/exos can be modular as well, hot swappable parts for whatever it is you’re doing at the time. More so as memory alloys and other forms of shapeshifting tech makes modularity even more impressive. Imagine wearing a suit as versatile as The Thing from John Carpenter’s movie of the same name. That’s the future I want for my body, at least for now.

I know I’ve written in this series before about gaming in general, but I’d let to get more specific with it here and differentiate gaming from retro-gaming. Gaming I consider to do with anything in the last 5-10 years or so, retro-gaming is anything from 2010 and earlier, even 2010 might be too late in my personal definition. Retro-gaming, in my seldom humble opinion, has to do with old games or modern games built to mimic old engines and feelings/nuance of old games. Since those early games formed a lot of my early inspiration and pop-culture awareness, they need separate acknowledgement and with that said I hope to include them in articles separate from modern games and gaming news. I’m going to write about my love for these games, reviews of them, how they inspired me, and how they influenced gaming and gamers in later generations. Another thing that makes them important to me is how they let me connect with my daughter while she was a toddler and learning to play games.

I’ve written other articles here about my love for cartoons before and how they’ve inspired me, but I figured I couldn’t do a series on things I’m passionate about and not include them. Cartoons were, and still are, a huge part of my life. I watch them all the time, usually in the background as I’m doing other things. They’re another form of escapism that lets the gears of my mind unwind and work a bit differently. I have many article series planned for them, from the one I’m working on about how an individual show may have helped inspire me, to articles about individual episodes and the subjects within them. There are popular ideas that we’re the sum of the 5 people we spend the most time with or, our thoughts are determined by the media we consume. I can agree to that to a degree as cartoons have influenced me directly i.e. giving me an idea for something specific to write about or do in life, or indirectly i.e. Batman inspiring me to want to help other people, do good, and be the best version of myself.

Anyway, that was Part 8. I hope you’ll join me soon for Part the Ninth!

See all posts by Brent Salmon →