by Emily Noonan-Phillips about a year ago in tv

How many of these 90 Day Fiance family members made your top five worst lists? 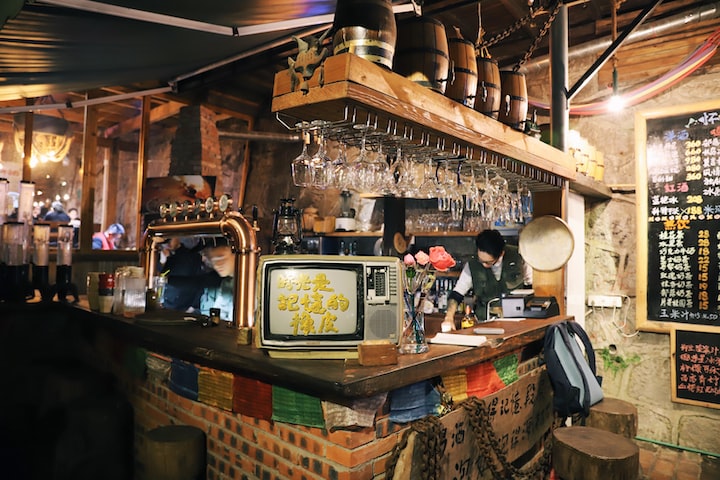 Photo by Raychan on Unsplash

Let’s talk reality trash TV! For the past three years my Sunday (and sometimes Monday) nights are dedicated to the 90 Day Fiancé franchise. Imagine a show where not only do personalities clash but also cultures! Can you say perfect combination for a train wreck? Because that’s exactly what this show is. While some of the main cast are cringeworthy, I’m here to talk about the family members that make my blood boil or just the ones I find are so annoying it’s comical.

We all have that one mama’s boy in our life that we tease for running to mommy with every aliment. However, there is something about Colt and Debbie that leaves me in disbelief. Just when I think Colt couldn’t depend on Debbie anymore the preview for the next episode airs and has me slapping my forehead. Are there really other mother’s out there that still do their grown children’s laundry? Now, don’t get me wrong I’m guilty of my mom doing a load of laundry for me every once in a while but damn how to do I get lucky enough for her to do mine for me every week? These two make me gag. It wasn’t until Colt was with Jess that I realized that everything Larissa said was true about Debbie constantly overstepping and actually the Jess/Colt duo made me go back and start to believe every story I thought Larissa was making up in explosive season six. Sorry Larissa, now I know exactly how Deb was slamming doors! If you haven’t watched the latest season of Happily Ever After skip ahead due to spoilers. When Deb crashed Colt and Jess’s trip to Brazil I really started to see the toxicity in Deb’s eyes. For the majority of this season Jess and Colt argue about Colt’s relationship with Vanessa, a “friend” who helped (aka slept with) Colt during his divorce with Larissa. So what does Debbie do? With a sly look on her face and evil toothless smile she brings up how Vanessa was watching the cats back home, all while knowing Colt was no longer supposed to be in contact with Vanessa. This was the breaking point for Jess. I can’t say I blame her! If you were on the fence about how you feel about Debbie, this season was enough to make you decide that she is twisted and all at the expense of her son. Stop pretending you’re a sweet innocent cat lady Debbie, we know what you are! This woman truly wants colt to herself leaving her on my list of worst family members.

If you like or miss high school drama then you’re a Nicole and Lidia fan but if you’re me then you can’t stand these two. I’m not even a huge Chantel fan but I really feel for her every time she visits the Dominican Republic. Even looking at these two makes my face hot with rage. Similar to Colt, Pedro cannot tell his mother “no” for the life of him. While I respect the Dominican culture, there is logically no reason for Lidia to hate Chantel just because all of Pedro’s money isn’t going to Lidia via direct deposit. Also, is it Dominican culture to also buy your sister everything she wants without question? My guess is no. So while Lidia can expect a monthly check, I’m not sure where Nicole felt entitled to Pedro and Chantel’s money. Lidia takes this custom to the extreme in my opinion (maybe not as bad as Asuelu’s mom but that’s a story for another time). If this woman doesn’t get what she wants from Pedro you can expect a giant tantrum. After the tantrum you can also expect these two to blame everything on Chantel while this girl is just wanting an apartment bigger than 500 square feet. How about the famous confrontation where Nicole calls Chantel a b****? Was anyone else disgusted with their giggling as Chantel stormed away? Ugh! This scene made me sick. It reminded me of arguing with someone at a middle school dance and embarrassingly laughing after the other person just told me off. Grow up Lidia and Nicole, you’re embarrassing yourselves.

Yuck! Where to begin with these fools? If you aren’t American and you watch the show this is exactly what you picture the rest of the US population being like. This family is a waste of wealth. In fact, is Elizabeth the only person who didn’t marry for money? Let’s start with the king of the dynasty, Chuck. I feel like he needs a stamp on his forehead that reads “doormat” because ALL of his children walk all over him. Libby’s siblings will fight in his defense but never actually ask how it makes him feel or if he’s okay with handing out money to Libby and Andrei. Plus, I bet they are often in line at the ATM of Chuck. Next is Charlie, I can’t stand this guy. This moron has the audacity to judge Andrei for getting out of corrupt line of work yet has a lengthly record here in the US, including drug charges. It absolutely blows my mind that he thinks he can just waltz into Moldova and pick apart every single custom and judge how it looks. I literally had a headache watching the scene of Jenn, Charlie and Chuck calling the Moldovan feast Andrei’s mother prepared for them “peasant food”. How much more privileged can you sound? Charlie spends the entire season puffing his chest out to Andrei when let's face it, we all saw the scores on the punching machine. Andrei would knock his lights out and honestly, that would be amazing footage at the next Tell All. While Becky is MUCH better than Jenn and Charlie, she drove me nuts in the scene where she was claiming Moldova was one of the scariest places on earth. Once I heard her say that I quickly googled to see if it was a fact and little to my surprise it was not. Careful Becky, you have white privilege written on your back and I think it’s in permanent marker. Libby’s mother is the only person I can stand in this disaster family. Andrei doesn’t help his case by being the dry d-bag he is but I must say I have a soft spot for him while watching Libby’s family always on his back. It’s bound to get exhausting. You suck family Libby!

This most recent season of The Other Way is really our first opportunity to get to know Elicia. I can’t say I’m upset about her absence in the other seasons with Deavan and Jihoon. I feel like I may be somewhat accurate when saying this trip to Korea was the first time she was outside of the US, but I can’t say for certain. The reason I say this is because I am literally embarrassed while watching her reaction to some of the cultural differences. Elicia is loud, proud, and erratic. It’s no surprise that Deavan is her daughter. This must be where she gets the resting b**** face. When she goes in for that big smelly and sweaty airport hug with Jihoon’s parents I was cringing to say the least. It would be one thing if it was genuine but you’ll find nothing Elicia says or does usually is genuine. I was so amped up a few Sunday’s ago when the preview was Elicia saying she could never look at Jihoon again. I thought this was going to be some good TV, but come next Sunday Elicia disappoints me when she said the reason she can’t look at Jihoon is basically because both her and Deavan have failed to raise Drascilla by not teaching her that “stop” means “STOP”. While Jihoon shouldn’t have allegedly stopped chasing her to argue, why the hell are we not talking about the real problem here? Why was no one holding this kids hand? Regardless, Elicia’s constant sourpuss and awful attitude kept me cringing every minute she was on the screen. I already said this and will say it again, it’s no surprise Deavan is her spawn.

I am going to keep this one short and sweet. River started the damn fight when he hit Pedro with the lamp. Now, grow up and admit it River! Geez!

26 year old wife diving into the world of writing about what I love and what i feel needs to be talked about, nothing is off limits! I am a former jock, current crime junkie and forever human rights advocate. Instagram @emilynoonanphillips

Read next: Valentin and Anna might turn on Peter on 'General Hospital'