The top five strange reality shows I remember from the 2000s

It was a wild time for reality TV 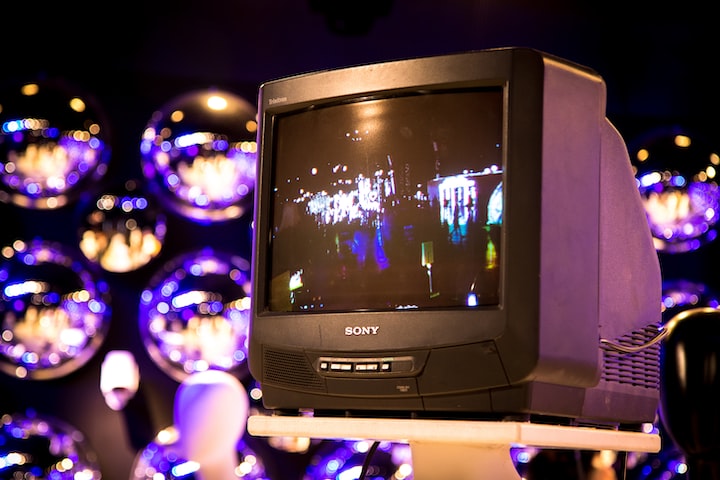 During the 2000s reality TV was one of the most popular new forms of entertainment and it still remains popular to this day. However, after the huge success of shows such as survivor and American Idol it seemed like every network was trying their hardest to strike reality TV gold. Some of their attempts at creating a popular long running show were very successful and other shows had a good run but are no longer on the air and some shows well…. end up on lists like this one. It has been a long time since the shows on this list were on TV and for the most part they have been forgotten. That being said I believe these shows need to be remembered for the interesting contribution they made to the world of reality TV. I made a list of the five strangest shows that I remember seeing from that decade but I’m sure that there were many more that I do not remember. Without any more introduction here five very strange reality shows that acutely made it on TV in the 2000s.

5. The Next Best Thing 2007 - The first show on this list is a basic competition reality show. There have been a good amount of reality shows that have found success following the talent show format. Some of these shows include America’s got talent, the Voice and So You Think You Can Dance. Unfortunately for The Next Best Thing the popular talent show format didn't bring the creators of this show the success that they were hoping for. The Next Best Thing was unique from other competition reality shows because Instead of focusing on the everyday talents of singing or dancing this show focused on impersonating celebrities. The winner of this show would be the one that could do the most impressive impersonation of a celebrity. I remember watching this show and while it had some very talented contestants it failed to make me as excited as other reality shows. It is worth saying that celebrity impersonators definitely have their place in the world of entertainment but a reality TV competition show turned out to not be their place. I can't say for sure why this show failed but as stated before I do remember it being on the boring side. Overall it was a unique but strange idea that only appealed to a small niche of people and it failed to be renewed for another season.

The next show on this list follows a game show format meaning that there were different contestants each week competing to win money. I do remember watching this show and enjoying it. However when I look back now I'm not sure why I did. This reality game show featured contestants competing to win a prize of $25,000.The two contests would start their jobs the same day. Their goal would be to do everything that they could within the rules to get fired. The contestant that got fired at a time that was closest to the hour of 3:00 pm would win the money. Here is the thing that causes this show to cross the line. As far as I know the show was shot with hidden cameras and the employers had no idea what was actually going on. Now, it can be hard to tell with these kinds of shows if everyone in the show is actually aware of it or not. However, if it was true that the employers really did not have a clue what was going on. I can't help but think how wrong that was to put them through the stress of a terrible employee just for a TV show. I wonder if the employers got paid after it was revealed that it was all part of a TV show. When I was a teenager this show was funny but now that I'm an adult at least technically I am anyways. I can't help but think about how irresponsible the premise of this show was. It looks like the public agreed with my adult self and not my teenage self because this odd reality game show only lasted one season.

When it comes to dating and marriage reality shows I could make a whole list of all the bizarre concepts that have been tried over the years. However, when it comes to dating shows in the 2000s this one really stands out to me as being the definition of strange. In this dating show contestants would go on a date with three moms and based on the dates they would then choose whose child they wanted to go on a date with. They could not see any pictures of the people that they would be choosing to go on a date with. They had to make the choice solely based on the dates they had with the mothers. Unlike the other shows on this list Date my Mom lasted three seasons probably due to teenagers like myself who for some reason were entertained by this bizarre concept.

If you want to have a successful reality show maybe you should try making fun of one that is already successful. That is exactly what the creators of Superstar USA tried to do. In this reality competition show contestants believed that they were competing on an American Idol type show that could lead them to getting a record contract. However this show was actually looking for terrible singers who falsely believed that they could sing well. During the audition process the judges dismissed the good singers and faked their amazement for the bad singers. After the auditions a group of contestants were taken to Hollywood and given the star treatment. At the end of the competition it was revealed to the final contestant that they were actually in a contest for bad singers. It is not surprising to me that this show only made it one season. I mean they probably couldn't have gotten away with it a second time anyways. Honestly this show was a seven episode long prank that I'm surprised ever got made. Even though the "winner" was awarded money in the end the whole show was just a very long mean spirited joke.

Ok, here we are number one and trust me when I say that this show more than earned the number one spot on this list. The idea of this show is confusing so please try to stay with me while I explain it. This show was also one big long prank but in the case of this extremely strange show the contestant on this show thought that she was in on the prank but was actually being pranked as well. The contestant Randi Coy believed that she and a fellow contestant named Steve Williams had to convince their families that they were engaged and getting married in the near future. If they were able to convince their families that they were really getting married then they would win money. However Steve Williams was really an actor named Steven W. Bailey that was hired to make it more challenging for Randi to convince her family that the engagement was real. As you can see this was confusing and just weird overall. The creators of this show put Randi and her family through a lot of emotional stress for the sake of a reality show. I do have to say that this show had a happy ending and Randi and her family won a lot of money but it does not seem worth it in my eyes to put people through all that for just to get ratings. Other than that due the overly complicated concept of this show it could be hard to follow. It is not surprising to me at all that this mess of a show only lasted one season.

Well there you have it five very strange reality TV shows that were really on TV at one point. If you don’t believe me feel free to look it up and see for yourself.

Hello, there! I am a fun loving blogger with a bucket list, big dreams and a love of writing. Some of my favorite things to write about include self care, blogging, and pets.

More stories from Christina Epperly and writers in Geeks and other communities.