by Malky McEwan 11 months ago in tv
Report Story

What kind of deranged mind thought this up? 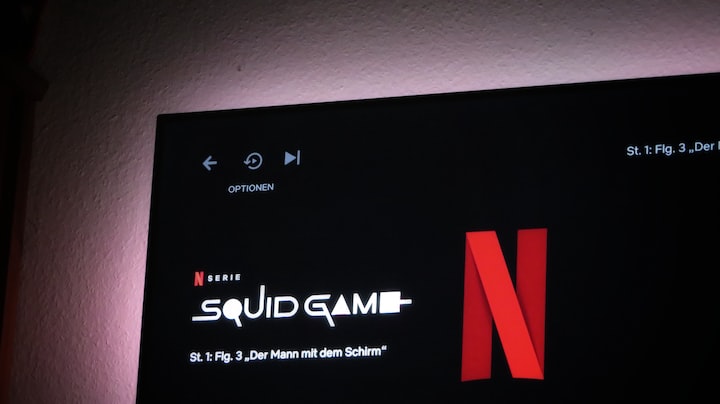 Photo by Jonas Augustin on Unsplash

If you came across it by accident, Squid Game is the type of series you would watch for two minutes and then switch over. You would dismiss it as another badly dubbed Chinese or Japanese soap opera.

Most people who persist will come to the show through personal recommendations:

The show has a strange introduction; kids playing a game in a playground, a hint of what is to come, but instantly forgotten.

The story starts with a deadbeat loser resorting to gambling to solve his desperate money problems. It is dubbed but not bad like the old Bruce Lee films and it is comically overacted. An unpromising start, but stick with it.

This isn’t a Chinese or Japanese soap opera, it’s a South Korean show. The more you watch the first episode, the more curious you are — where is this going?

It is 45 minutes in before the grim reality for the contestants is revealed. I said,

My son and I looked at each other wide-eyed in disbelief.

Squid Game, sees hundreds of debt-laden unfortunates compete for a cash prize of millions. They play children’s games. The first is called Red Light, Green Light, South Korea’s version of What’s the Time Mr Wolf or Grandma’s Footsteps. The catch: if you lose, you get killed.

I will not give any more spoilers other than warn you, it is gory. But it isn’t the blood-splattering heartless way they dispatch the contestants that will get you hooked.

Squid Game is binge-worthy, and I haven’t binged-watched anything since Jack Bauer fought the bad guys in 24 (TV Series).

Squid Game is tightly plotted and clever. It has sub-plots. It has humanity and we root for the heroes. It is an analogy of South Korea’s inequality, which is transferable to almost every other country on the planet.

It makes you wonder if there are people in the world who would do such a thing. And when you think about it, of course, there are. People trafficking, genocide, and killings in the name of gods do happen.

Whatever their motivations, people are capable of terrible evils. I questioned if I should be watching it. It might be just a TV show, but could it spur some people into copycat ventures of their own?

We’ve seen dystopian books and films like Squid Game before.

The Hunger Games had a similar premise.

In 1966, Stephen King wrote his first novel, The Long Walk, under the pseudonym Richard Bachman. One hundred teenage boys set out on a walk and have to keep going, without rest. They must not fall below a set pace. If they do, they receive a warning. After the third warning, the slowest kid is shot by a group of following soldiers. The last boy left walking wins a large sum of money.

The cult classic Death Race 2000 was a road race where teams drove across America and gained points for running over innocent pedestrians.

Arnold Schwarzenegger played an innocent police officer in The Running Man, where they forced convicts to take part in a TV game show and kill each other for their freedom — another of Stephen King’s concoctions.

Squid Game has captured elements of those and presented ingenious ways of determining the losers — the hundreds of contestants are whittled down in short order. If you have a micro-sized piece of empathy in your body, it is easy to put yourself in their shoes.

The predicaments the contestants face compel you to continue watching. You can’t leave it without knowing their fate. So again beware, there are nine episodes and it’s binge-inducing. Make sure you have enough free time.

And watch it before someone spoils the ending.

More stories from Malky McEwan and writers in Geeks and other communities.