The Meetings of Star Trek

by Ben Shelley 6 months ago in tv 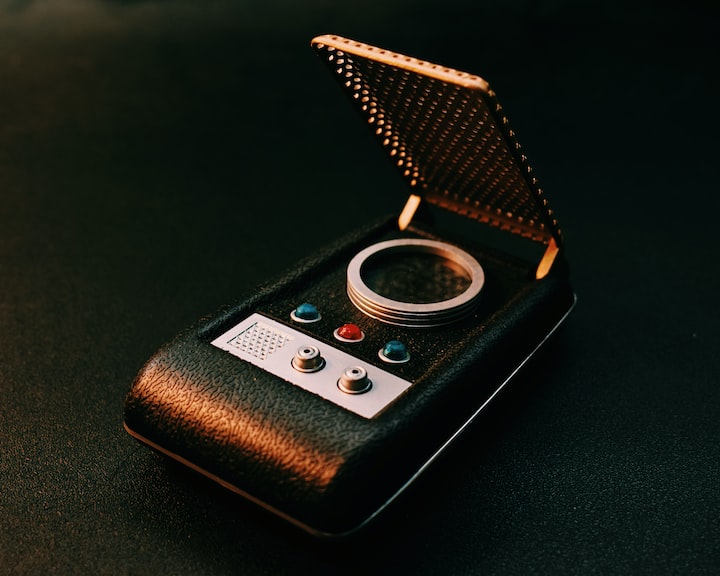 Photo by Stefan Cosma on Unsplash

When I was younger, I looked up to the science fiction shows which surrounded my life. They were idealistic and taught me a great deal about life. This is not to say that I had no parental direction, as I did. It is to say that as an only child with one parent, I was left to fill in the blanks.

From The Next Generation to Enterprise and back again, Star Trek helped to set my moral compass.

Protecting those who are vulnerable and doing the right thing no matter the cost. These were the top lessons that I took from Star Trek. Not the endless meetings, reports and discussions that you notice when you watch them through again.

Exploring strange new worlds is something that sounds amazing. If someone offered me the chance to warp out of here, then I'd take it quicker than you could say, 'engage'.

To boldly go where no man has been before sounds like the perfect career change. Albeit a little sexist, the feeling of being first, exploring strange new regions of space simply sounds unmissiable.

For all this excitement I would be greatly disappointed to know that journeys could take weeks. In between I would be required to run meetings, produce reports and manage my colleagues.

As soon as you realise this, it suddenly sounds a lot less appealing. One of the central considerations here being, unless it was part of your job to leave the ship and go on away missions, would you feel like a celebrity? Travelling from place to place, whilst never actually heading outside of your room to explore?

It seems that no matter how much we evovle as a species, we are doomed to lose hours of our lives in meetings. Discussion is how the world ends. Snap decisions are for the Borg. As humanity, we need to debate every decision to the point where they absorb our existence.

Meetings are universal. From China to New Zealand and back to the United Kingdom, meetings are everywhere. The Borg exist as one conscious mind. They conquer with a single thought, do not debate decision, simply implement.

The Borg do not sit around generating meeting notes. They enact change on a universal scale, whilst never asking for forgiveness. They act without a single thought for others and maybe this is why they are the worst enemy within Star Trek. More than the Romulans or the Klingons, they are the worst nightmare.

Maybe the reason that the Borg are so feared is that they are relentless. They do not require meetings or discussion, acting merely through a single, shared thought, to conquer. Taking other cultures and assimilating them into their own, the Borg represent freedom from meetings and administration.

What would the alternative be?

As much as we fear meetings and believe that they are ridiculous, we need them. As a species, we are allergic to making decisions. Many fear leadership for the fear of making a mistake. I've seen it myself and continually see it every day of my life. Not just at work but in my private life also.

We need someone else to make the decision for us. By this logic, the thought of the Borg should be freeing. To remove indecision and simply exist as a mindless automaton would be freedom personified. No time for regret or lamentation for past mistakes, joining the Borg would remove doubt and provide calm.

This calm would be at the cost of self. Being free not to regret or worry would be beneficial, yet if we cannot remember or feel, then would it really be freedom? Would it more be like death?

You get the picture. Meetings are essential to humanity and regardless of how many planets the crews of Star Trek visit, they will spend 80% of their time in meetings, discussing the next course of action.

The Captain has the final say. He or she chairs the meeting and gets suggestions from the heads of departments, as to the way forward. They decide the course of action and that is a means in which to ensure that meetings are relevant, yet the frequency of them, does rather dominate the show.

Rather than romantically flying from one planet to another, Star Trek teaches us that we will never escape from the administration of the past. A means to ensure that meetings move forward in an efficient manner is to chair them with the head of the department or captain. By this token decisions are made, yet they can still be lamented when they go wrong.

We do not wish to join the Borg as they remove control from our lives. Whilst we yearn to have decisions taken from us and despise meetings, we still want to live out our lives in the way that we choose. We desire freedom of choice, yet had to see it taken from us.

We have to take the rough with the smooth. If we want to explore space, then we need to accept that meetings are required.

Meetings are as essential to life as breathing. We need to meet and discuss our thoughts in order for someone else to make a decision.

We despise being the last in the line to dictate what should happen yet refuse to be a part of a collective. We enjoy our individuality, whilst at the same time desiring the chance to criticise.

Star Trek is a great reflection of the administration which we hold to heart. From the decision process down to the morality behind them, which is slightly off centre. In later incarnations, war broke out and that is every bit as human as meetings.