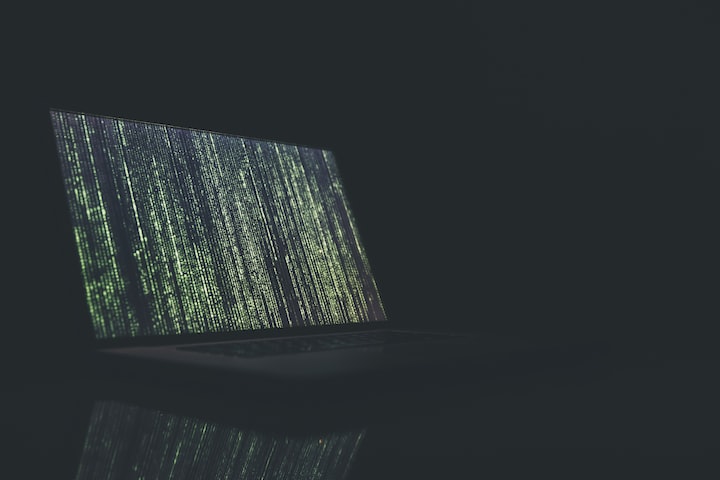 Warning: the following contains spoilers for The Matrix.

When I was seventeen, my friend sat me down for a serious conversation. He told me the sort of thing that is difficult to hear. Tough love. Hard truth.

"If you want to consider yourself a true nerd, you have to watch The Matrix," he told me.

Being a supportive friend, he agreed to watch it with me.

Now, I won't say that I completely agree with my friend's assessment: that The Matrix is a legit rite of passage into the geek world. (Can I even consider myself a true geek, when I just used the words 'nerd' and 'geek' interchangeably?) However, watching it makes sense from a practical perspective. It is a classic. And it's a classic that is frequently referenced in other films. Think about watching it as starting from the beginning. As the song notes, "a very good place to start."

What makes The Matrix a classic? Is it because the classic hero must fulfill destiny to become The One? Is it the kiss from the lover that restores life and hope? Is it the unique backdrop of a virtual reality and a dystopian future where humans are in an epic battle against machines? Is it the choreographed fight scenes of awesomeness? Maybe. And maybe it's all those things at once.

But maybe The Matrix is a classic because at its core are two warring concepts. The Matrix is a story of struggle and choice. A struggle of truth vs. lies. Of choosing freedom over slavery.

The Matrix comes down to the red pill versus the blue pill. In this iconic moment, the protagonist of the story, Neo, meets Morpheus for the first time. Morpheus is an operative from the free city of Zion who has been trying to find The One. The One is the fulfillment of a prophecy. As Morpheus explains later, it is believed that The One will bring freedom to humanity and ultimately destroy the Matrix.

Before this moment, Neo has been lost in confusion. He knows there is something wrong with the world, but he doesn't understand what.

Morpheus points this out. He says, "What you know, you can't explain, but you feel it. You've felt it your entire life, that there's something wrong with the world. You don't know what it is, but it's there, like a splinter in your mind, driving you mad."

"You take the blue pill -- the story ends, you wake up in your bed and believe whatever you want to believe. You take the red pill -- you stay in Wonderland, and I show you how deep the rabbit-hole goes."

The blue pill is safety. Security. It is the easy path. But Neo knows that the world is wrong.

He takes the red pill. And the truth is harder, much harder than the lie had ever been. I mean, if I found out I had been living my entire life in servitude as a human battery for machines, I would probably be shocked too. Neo learns this and that the Matrix is a virtual reality. Everything he thought was real was actually the simulation of the Matrix.

And the world outside the Matrix is dark and grim. A small human population that has been freed from the control of the machines lives in a place called Zion. It is no easy life. But it's real. It's freedom.

Neo stands caught in the middle.

On one side, Neo has Morpheus, unshakably believing Neo to be The One. Naturally, Neo is skeptical, and like any good hero, he has to learn to believe and accept this role. But Morpheus knows. Morpheus believes even before Neo begins to understand. Morpheus embodies faith in what is good. He stands on the side of truth and freedom.

Contrasting Morpheus is Cypher, the Judas of the story. He regrets his choice of taking the red pill. He wants comfort. He wants his old life in the Matrix back. He agrees to betray his crew in exchange for this. Cypher embodies the human desires to be comfortable and taken care of.

This is best shown in the scene where Cypher meets with Agent Smith and is offered a steak. Cypher notes, "You know... I know this steak doesn't exist. I know that when I put in my mouth, the Matrix is telling my brain that it is juicy and delicious. After nine years... you know what I realize? Ignorance is bliss."

This theme deeply connects with the human soul. We can feel both sides of the raging conflict placed against the backdrop of an epic sci-fi world. There's a part of me that sympathizes with Cypher and his wish to have a life that is easy and comfortable. But that lie stands in stark contrast to the truth. Even if it is hard, the truth means freedom. And we get to see it all through the eyes of Neo, who has to make the impossible choice and then has to fight the battles that are the result of that choice.

Morpheus sums this up well when he says, "There is a difference between knowing the path and walking the path."

It's not easy. Neo has to learn all sorts of crazy stuff, so he can rescue other people from the Matrix, and he has to accept that he is The One, something that doesn't happen for him until the end of the film.

Two things mix to create a good story. The first is a core theme or themes. The Matrix has these in abundance, and it has taken me more than one watch to absorb the underlying ideas that resonate with me. The main point? As one wise man said, "The truth shall set you free."

When Neo learns the truth and takes the leap of faith, he is set free from the prison of the Matrix.

But you need more than a good theme to create a classic. The second thing that makes a good story is how you tell it. And The Matrix tells a story spectacularly. The Matrix uses the perfect amount of action, suspense, and character development to make an engaging film. All theme makes a story dull. All action with no theme creates a story without heart. A classic mixes the two together to create something that can be thoroughly enjoyed for the sake of enjoyment, and at the same time provoke discussion and emotion.

The Matrix blends good storytelling and heart to create a classic that has endured and is endearing to nerds everywhere. Whether you haven't watched it in forever, or if you are deciding to watch it for the first time, let me assure you, it is worth it!