The Importance of Community

by Jade Hadfield 2 months ago in pop culture

How a fandom keeps the flame alive 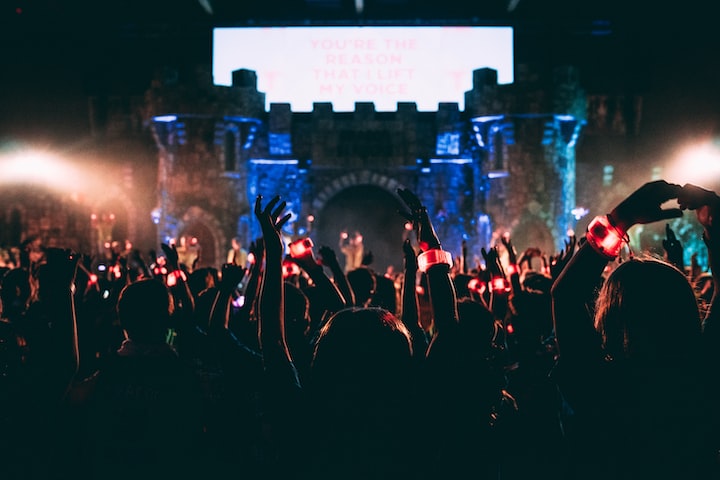 Photo by Horizon Church on Unsplash

Fandoms. We've all been a part of one, even if we're hesitant to admit it. Watching shows, buying merch, arguing with other fans on the internet... Fandom brings out the dormant passion that might have otherwise stayed forever suppressed. Through it, we can make friends (or enemies) and indulge our creative sides with fanart, fanfiction and fan theories, growing a community where the discussion can go global. I think we can all agree that that's pretty powerful.

But where did it all start?

Let's go back to 1440, where Johannes Gutenburg created perhaps the most important 'fandom' invention - the printing press. With the technology to now mass-produce words, and consequently stories, the possibilities for writers and readers alike were endless, though it wasn't until a few hundred years later that fandoms came into play. Though a phenomenon often associated with internet culture, the very first fandom can be dated back to 1887, where Sir Arthur Conan Doyle wrote and published the first of the Sherlock Holmes series. Fans were so enamored by the series that when Doyle killed off Holmes in 1893 there was unfathomable outrage. Fans of the series were so upset that their favourite fictional detective had been taken from them that they took to wearing black armbands in mourning. Doyle was hammered by hate-mail, so much so that he was pressured into reviving Holmes in 1903 - an arguably wonderful decision, as Sherlock Holmes fans are still active today, making him perhaps the most famous, if not influential, fictional character ever created.

Fans today are gifted with a much more direct approach when it comes to slandering an author's decision. The internet, both a blessing and a curse, brought us Twitter - social media that allows fans to directly communicate with the authors, directors, actors, etc. who are involved in the creation of all your favourite avenues of entertainment. Both praise and slander can be found on any popular creator's feed, but sometimes giant backlash from a community can have positive changes.

Let us never forget the impact that Sonic fans had when the initial live-action movie trailer was released. The creator's listened, and changed Sonic's design from something trying a little too hard to be realistic to the iconic blue blur design we are all familiar with, and in return, the movie enjoyed well-deserved success at the box office.

But Fandoms are not just influential on a grand scale. Stereotypes can make fandom members seem like nothing more than crazed lunatics, but the impact a supportive fandom can have on an individual's life should be acknowledged and praised.

What fandom means to me

I've written many a time about how I've struggled through chronic illness, and in a world where my day-to-day life perhaps wasn't as exciting as I would have liked, I turned to story to keep me entertained.

Like any pre-teen growing up in Britain I was enamoured by Harry Potter. If I wasn't reading the novels, watching the movies, or playing the video games, I was writing my own Wizarding World stories - back before I even knew fanfic.net existed! It was through my interest in the Potterverse that I found my passion for writing, something that has stayed with me to this day, so many years later. I eventually uploaded a few of my stories after realising I wasn't the only person who had a guilty pleasure for Dramione - the shipping name for Draco Malfoy and Hermione Granger - and the response was astonishing.

I was 14 years old, and I'd groggily woken up to unenthusiastically get ready for school. Like any teenager, I checked my phone before dragging myself out of bed, only to find my inbox filled with fanfiction notifications. At least five people had chosen to follow the story, leaving comments to say they were looking forward to the next installment. It wasn't as though my story had gone viral, but those first five people who took the time to read my work motivated me to continue making more. I spent my entire school day excited to get back to my laptop and keep creating.

As the story grew, so did my readers. I joined Tumblr and started making friends, interacting with my 'fans', and gorging myself on all of the wonderful content the rest of the community had made. I finally found a hobby that left me feeling fulfilled. I was excited to wake up and engage with all the other Potterheads around the world.

I've bounced from fandom to fandom as I've aged, but my experience has always been a pleasant one. Of course, wherever there's a large gathering of people there's going to be controversy. Some of the disagreements I've seen have gotten out of hand, and I make it a point to avoid the negativity that some fans endorse.

To me being part of a fandom is much more than taking part in something you enjoy - it's building the foundations of a community. It's finding different parts of yourself that you may not find through school or work. It's a celebration of a work of art. It's the creation of something new and exciting.

It's a place where you can unashamedly share your love.

And now, thanks to my early fandom days, I'm a writer with a Bachelors Degree, and I'm writing my very first dark fantasy novel. I can only aspire to have fans who are so engaged with my work that they decide to create their own content. For me, that would be a dream come true.

So go out there and continue being a part of your favourite fandom. Make friends, create and explore - and do so without shame. You won't regret it, I promise.

Sandwell, I., 2020. Sonic the Hedgehog has been an unexpected box office hit. [online] Digital Spy. Available at: <https://www.digitalspy.com/movies/a31093861/sonic-the-hedgehog-box-office-explained/> [Accessed 10 September 2021].

A writer by both profession and passion. Sharing my stories about mental health, and my journey to becoming a better writer.

Receive stories by Jade Hadfield in your feed
Jade Hadfield
Read next: Jake from State Farm all you need to know.