The Hidden Gems Of Netflix

by Alex F 3 months ago in tv

My Top 3 Underrated Shows That You May Have Missed 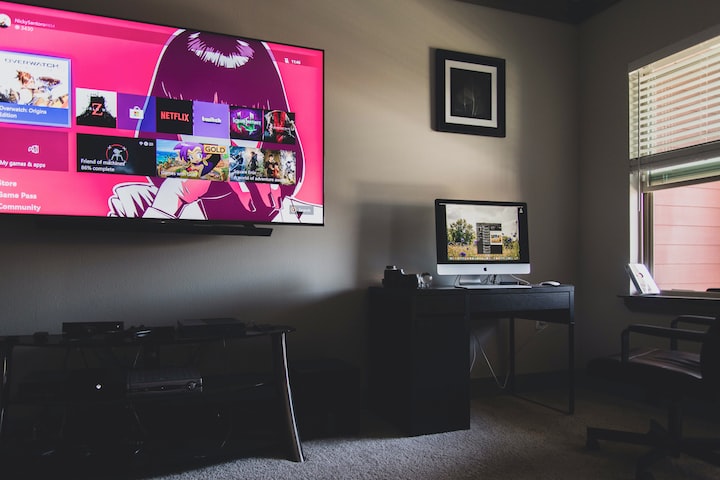 Photo by DeMorris Byrd on Unsplash

During this difficult time most of us have been stuck in our homes cycling through what to watch next and probably feeling like we've seen it all by this point. I experienced this multiple times during the quarantine and honestly its been tough to find something interesting enough for me to care about. However, after heavy searching around the Netflix sphere, I did manage to come across some really surprising shows that I never thought I would enjoy. From the really weird and shocking to quirky and delicious, here are my top three TV shows you probably haven't watched yet.

I Am Not Okay With This is a comic based TV show that truly throws you for a loop from beginning to end. It tells the story of a 17 year old teenage girl named Sydney who is dealing with the trauma of a family tragedy. Her story is told through a series of diary entries that she reluctantly uses to assist her in processing her ordeal. While she tries her best to go about her life like a normal teenager, she finds herself going off the rails with her emotions which leads her to making a shocking personal discovery. Most of her emotional turmoil begins with her best friend and secret love interest Dina who seems to have her life on track while Sydney is still finding her groove.

At first Sydney seems like this run-of-the-mill introverted teen who just can't seem to fit in anywhere. Like many of us she is struggling with her emotions and it's extremely relatable to see her going through those day to day issues many people experience. As the show progresses, Sydney's personal discovery leads her to uncover the unsettling truth about her family's past. The combination of her life tragedy and her personal discovery coupled with her emotional struggles reveal a dark side of her that she doesn't know she is capable of. I Am Not Okay With This is an awesome show that will keep you glued to the screen with its comedy charm, shockingly powerful surprises, brilliant character chemistry, and tiny sprinkles of horror.

Beastars is a dramatic anime show with a unique story and interesting visual style. It follows the perspective of Legoshi, a young grey wolf attending the Cherryton Academy and his struggles with his love interest who is from an entirely different species. As a predatory animal, his instincts drive him to hunt prey but the school's policy prohibits carnivores from eating herbivores. As a wolf, Legoshi is pushed to his limit when he catches the scent of Haru the mysterious and beautiful dwarf rabbit.

Beastars gives you an interesting look into the hyperactive senses of an animal through a real human lens. Legoshi has to fight with his hunger for Haru and in this fight you can see his human struggle to do the right thing. Legoshi's challenge to not act on his natural impulse and stay on the side of morality puts him in a state of unrest and he is in a constant mental battle with himself. In addition to fighting his hunger, he also has to combat the unnatural romance he is seeking with Haru and whether or not they can work within the social parameters between a carnivore and herbivore.

On the other hand his love interest Haru has a hardened personality and is somewhat broken from her life experiences as a defenseless rabbit. On the surface the two seem to be an unfit match for one another, but Legoshi's attraction to her is undeniable and he must find a way to overcome his instincts and coexist with her especially if he wants keep her alive long enough to be his mate. Beastars is an awesome break away from traditional TV shows out there and will definitely take you on a pent up and steamy ride about animal hunger, lust, forbidden romance, and morality.

The final show on this list happens to be somewhat of a hybrid series that seems to have gone under the radar. Samurai Gourmet is first and foremost a food show focusing on Japanese cuisine, however the cooking elements are fused with an endearing story about a man who is finally able to enjoy his life after retiring from his long time career. While this premise seems very simple at first glance, Samurai Gourmet takes you through the surprisingly powerful journey of making small discoveries and appreciating the world around us.

The show follows Kasumi, an older gentleman who has worked so much in his life that he has barely lived it at all. After retiring from his company he finally has the chance to explore his hometown with his new found freedom. He eventually discovers some truly epic restaurants, eats amazing food, and enjoys some of the best moments of his life. To make things more interesting Kasumi views himself as a feared Samurai and this funny opposite persona reflects his inner voice of confidence.

While Samurai Gourmet may not be the usual action packed thrill ride we are used to, it still holds up during this time and manages to bring new insight on what it means to slow down and appreciate the little things. Kasumi is a humble character who has just been caught in the pressures of his work life for far too long. Although he has not been able to truly live his life to the fullest, with the power of his retirement, he finally has an opportunity to live a joyful life, eat amazing new foods, and take on his new challenges with his inner Samurai. Samurai Gourmet is a great calming show that reminds you of a reality that many of us are far too familiar with. So many of us are so entrapped in our daily lives and responsibilities that we are unable to take a moment and just enjoy the simple pleasures around us like eating food. Samurai Gourmet will give you a new outlook on what is means to have true freedom and appreciate what life has to offer through its emotional and calming story.

This shortlist of hidden gems are just a few of the overlooked shows that I feel many people have not watched yet. Trying to narrow down this list to just three titles was a great challenge since there are just so many under the radar TV shows that go unnoticed. Hopefully this list is new and exciting enough to keep your next few days or weeks indoors more joyful, tolerable, and entertaining. Enjoy, and stay safe.

Gamer. Writer. Advice giver. Rising up out of poverty in all its forms and bringing everyone I can with me.

See all posts by Alex F →