by Anastasia Barth about a year ago in tv

Supernatural Ends with a Flourish 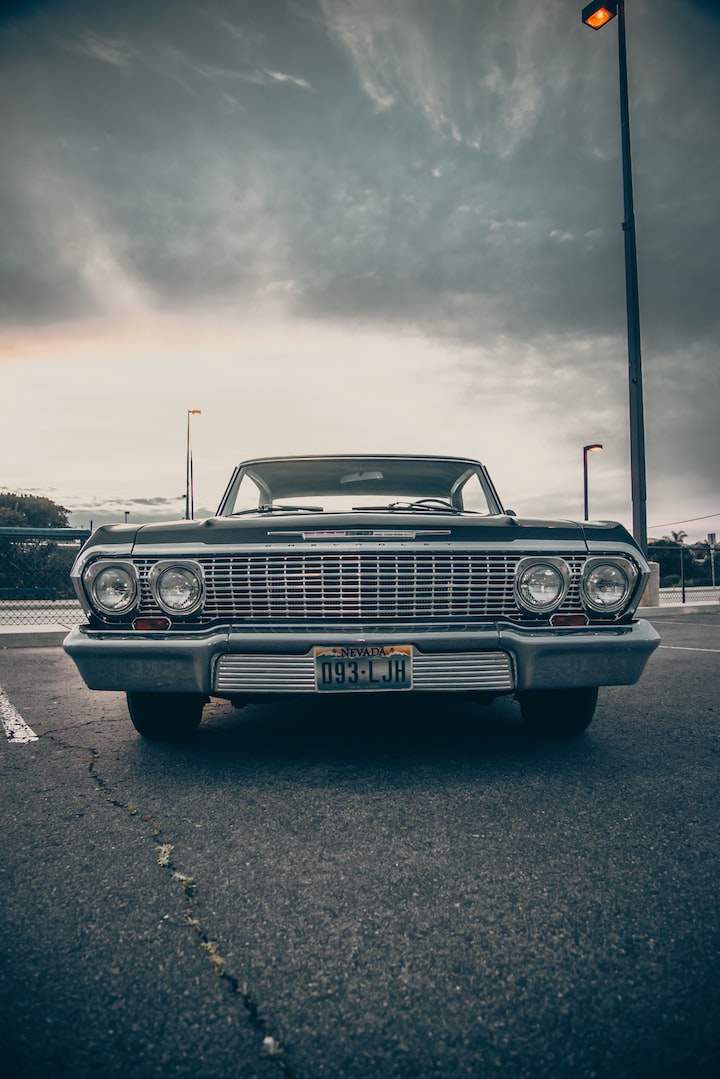 Photo by Bradley Dunn on Unsplash

I tell ya... I need to stay off social media permanently. I swear. I can't believe people are so mad about the finale. I loved it. In my personal opinion, feel that those who are angry or disappointed did not know the show enough. They didn't know the characterization of Sam, Dean, Castiel or what the main theme to the show really was. Last nights finale was perfect if you know what all of those are. Jensen was too close and wasn't wanting to say good-bye. I think it was perfect in spite of that.

It NEEDED to be just the boys at the end, Castiel came in at the beginning of Season 4, just like all of the Angels. He shouldn't have been there at the end. It needed to be just Sam and Dean, like it was. Castiel also was NEVER intended to be a lover for Dean, there was nothing "gay" between them! Have you seen two men who aren't related who act like brothers? I doubt you have if you think "Destiel" is a thing! I have seen my brother and his unoffical twin Mark act EXACTLY the same way! Don't tell me that my brother and his best friend are gay and don't tell them either, they'll punch your lights out! Destiel was never a thing. There was no "queer bating" there was no "subtext" you just put it there. I'm bi, so don't tell me that I'm against gay relationships. I like them as much as the next person in a show. Ian and Mickey in Shameless are one of my favorite gay couples, yeah toxic as hell, and they encourage the worst in each other, but that relationship will always hold a special place in my heart. Dean and Cas though, they were NEVER meant to be a couple. Cas was meant to be the third brother and that was it. I've kept this opinion under wraps for a long time because I know the trouble I'll get from it. I am expressing it now that the show is over.

Deans death. Many people are pissed about how he died... I say its perfect. Do you know why? Because its par for the course. Remember."The Mystery Spot?" I hope you do. Dean has died in almost every way imaginable thanks to that one episode alone. He died thanks to a bad taco in that episode, electrocution from plugging in his electric razor, He died from being smooshed by a dropped piano. Being impaled while fighting a vampire on a piece of rebar is par for the course. There is a quote by Mel Brooks that applies to Deans death perfectly "Tragedy is when I cut my finger. Comedy is when you fall into an open sewer and die." The piece of rebar is the tragedy. Its something that I think most people see as a small way to die. Though its something that gets blown way out of proportion like Mel's cut on his finger. Its perfect because of that. Though I have to say that in the scene where it opens on an alarm clock. I was so hoping that some how it'd start playing "Heat of the Moment" by Asia, Sam would blink and would be back in the Hotel during "Mystery Spot."

How things were handled was prefect. Dean would have never stopped fighting, never. He had to die. He had to go out "guns blazing" per se. Yeah, sure he was impaled on a piece of rebar, but he was put there by a vampire! He went out fighting! That's the point. He was stabbed by rebar so that (like in real life sometimes) there is extra time before he died. That rebar was keeping him together how injuries like that in real life keep people put together. If you don't believe me on that one, look it up. This was the perfect way to die for Dean and the story. If he died by getting shot in the head, the show and story would suffer for it. If he had lived, it would have done a disservice to Dean.

Those of you saying that Dean died too young... I have some really bad news for you: People die young all the time! We saw it a lot this year with COVID-19 as a collective. I've seen it a lot in my own private life. A friend of mine lost a brother, and he was in his late twenties or early thirties when he died. I lost a friend in 2007 from a car accident my friend had just turned 21. I lost a cousin on Halloween in 2009, she wasn't even 20 yet. My own father was deemed to have "died young" when he died of injuries sustained in a motorcycle accident at 52. It happens all the time, and it happening to Dean, in the line of work he does, makes sense. Too much sense for a show of this caliber to be honest. That makes it another reason why this finale was perfect. Its final for a reason. They died for a reason. Supernatural is done, it is over. As a person who has lost many people in her life, what is done, is done. There is a saying through out the show, and I believe its even an episode title "what is dead, should stay dead." Dean should too.

Sam's life. Sam was handled perfectly too. Sam without Dean would do exactly as he did. He lived a full normal happy life. If Dean was still alive they would have kept on fighting, saving people, hunting things the family business. Yeah, sure Sam had continued doing it for a while before he settled down. Though that's the thing... He settled down! He had a normal life - the life he wanted when all of this began in 2005! Then he died and met back up with Dean. I mean - what more could you want for Sam? He got what he wanted! He lived a full life! Dean would have prevented that from happening. I believe Dean and Jensen both have said that all Dean knows how to do is hunt, and to live that hunters lifestyle. Sam would have stayed in the hunters lifestyle with him to keep an eye on him, to try and keep him safe. Dean had to die, so that Sam could live a long happy life. Its perfect. Plus Sam naming his son after his big brother! OMG! Too perfect! My heart! Though that wig... yikes! If you've seen "old Sam" you know what I mean!

Dean being greeted in heaven by Bobby, also how Jack changed Heaven. It was perfect. Dean got to do what ever he wanted, visit whomever he wanted and has whatever he wanted. How did he get any less? Yes, the scene showed him only driving in Baby to the tune of "Carry on my Wayward Son," but you have to remember that this was shot during the pandemic. Thanks to that they couldn't do all of the cameos. Yes, it would have been nice to see Rufus, John, the Harvelles (especially since we were outside the road house) and Mary again, but having it just be Dean and Baby driving around heaven to that tune made it more intimate. It was more private and personal. I appreciate that.

The very end. The bridge. I bawled, they met up again. Its not that they only got each other, or Dean only got Sam or whatever. You have to remember that Bobby said that Jack and Castiel fixed heaven. They fixed it so that the people there could have anything they wanted, do anything they wanted, be anywhere they wanted. Sam after a lifetime wanted to see his big brother, is that so bad? No. I will want to see my loved ones when I get to heaven too! The first person I want to see: My Papa! It makes sense! Also, Bobby also said that "He'll be along, you'll see that time works differently here." That last 40 to 50 years on Earth for Sam was only a few minutes to a few hours to Dean while driving in Baby. Its never said that Dean drives baby eternally or that the boys spend all of eternity staring off that bridge. They can do, have, see and go where ever they want - its heaven! They moved on from the bridge. Also, I'm going to point out something that someone on twitter pointed out: They're wearing the exact same outfits they were in episode one! My heart! OMG! I almost started bawling again after reading that! How perfect is that? What a bookend!

One more thing: Sam and Dean carried out the lyrics to "Carry on my Wayward Son." "Carry on my wayward son, there'll be peace when you are done, lay your weary head to rest, don't you cry no more." Both Sam and Dean, "carry on" after John and Mary die. They get "peace" in heaven when "they are done." They when they die, "lay their weary heads to rest." Both let a lone tear slide down their cheek when they die, so that when they are in heaven they "cry no more."

The ending is perfect! So freaking, perfect! It is WAY better than the ending to most TV shows, especially "Game of Thrones."

I will miss Supernatural so much, but thank Goodness for Netflix, eh?! I'll be re-watching Supernatural for the rest of my life, and bawling like a baby at the end of the last scene! It was so perfect, and exactly what the show, Sam, Dean, Castiel, John, Mary, Bobby, Rufus and the rest deserve. It was perfect. Perfect.

A woman, mother, survivor. If you like the eclectic, then you've come to the right place. Everything you can think of, I will most likely talk about at once point or another.

Read next: Mantan Moreland was almost one of The Three Stooges