by Flossie Gierke 9 months ago in movie
Report Story

What this movie showed me 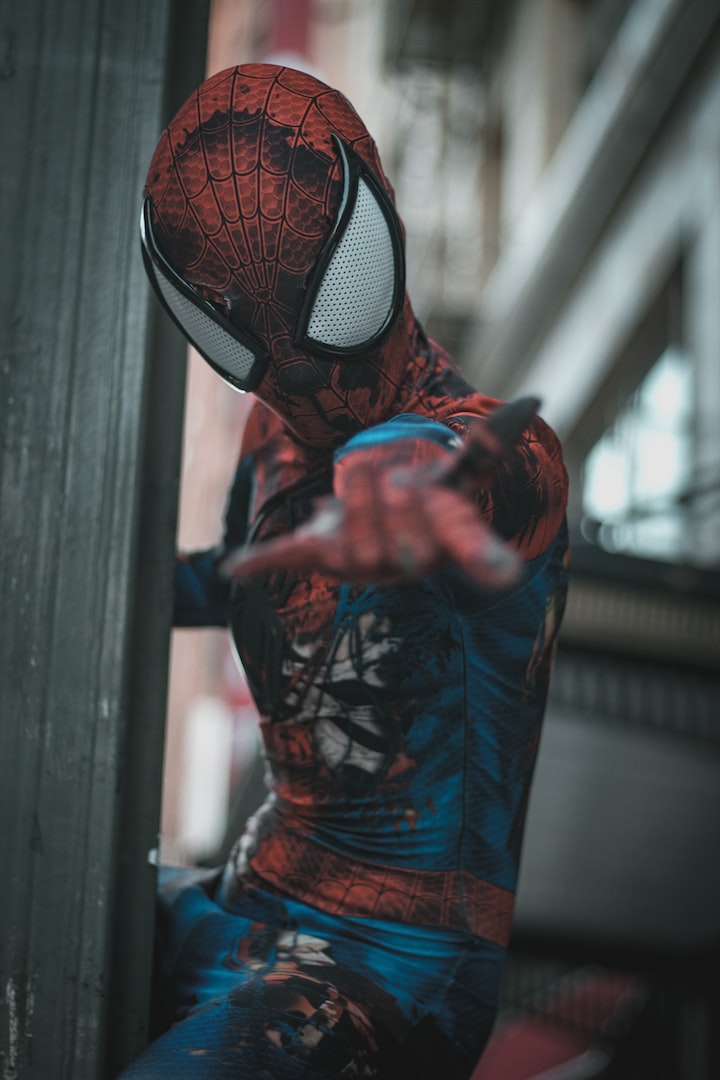 Photo by Judeus Samson on Unsplash

I enjoyed watching the Spiderman movies #1 and #2, and so I couldn’t wait for #3. When it finally came out on DVD, I knew it was time to get my Spiderman on. As I was just watching Spiderman 3, I was surprised by the character Peter Parker. How he let the darkness get in, which made me think about life. How the darkness creeps in when we are not aware. It waits for our greed, lust, anger and revenge to name a few. We never seem to realize just how things progress slowly and then one day the darkness is in control. I guess life does imitate movies or is it the other way around?

As I continued to watch I was surprised at how quickly Peter Parker forgot about his first love, M.J. (Mary Jane). And then how quickly he got caught up in being honored by the city. He was being praised for saving the day. He was so busy in the limelight he didn’t even know that M.J. had lost her job. Not to mention allowing someone else to kiss him, boy was he loving it, fame.

As I watched it I was truly shocked by how quickly he changed, that was not the Peter Parker we all know and love. Was the darkness somehow calling him? Or was it just easy for the darkness to find him? Because he went from lovable Peter Parker, to someone completely different. The more I watched the movie the more I felt like this movie was showing just how easy it is to get lost, even the best of us.

Peter Parker was so busy enjoying his fame. So what’s the big deal? He was being publicly praised by everyone. He fails to notice that his girl-friend’s life is falling apart. And then he hears news concerning his uncle Ben's killer, who was someone else. So, then he gets enraged with revenge. And it is at this point that an alien substance finds him and attaches itself to him. And of course he changes even more. The humble Peter Parker is being transformed into someone who is allowing rage and anger to control him. All the while he is none the wiser about his sudden transformation. Seems a lot like people. Let’s take the Covid for example. A lot of people are being guided by fear. They don’t see that they are staying away from people, places and events.

The black suit is changing Peter Parker into a monster, which he doesn’t even realize. The next step is his old friend, who he goes after with a vengeance. Before he felt sorry for him and knew it wasn’t his fault, but now things are different. The suit is controlling him.

All of this makes me think of the Gospel of Jesus Christ. We all are trying to go in the right direction but we may be missing a part. Just like Peter Parker who was a good guy, he was busy saving the city so when a bad guy comes up he goes out and stops him. He didn’t see the difference when he went out with his new black suit. But all the while he was slowly changing. We ourselves often don’t see this change because it comes gradually. Peter Parker didn’t see the change even when this change was pointed out to him, he still wasn’t getting it. He was just living his life doing the same old things, or so he thought. And when he and M.J. break up, his good friend Harry steps in. All the while Harry is battling his own demons. Harry is dealing with all the bad things his father did. As Harry struggles even when he looks in the mirror he began to see not himself, but his father.

Peter is trying to move on and so after he goes off to kill the man who killed his uncle Ben. He goes to let his aunt know that Uncle Ben’s killer is dead. Aunt Mae asked how did that happen? He responded, “Spiderman killed him.” He said this was as cold as ice. Aunt Mae said, “but Spiderman doesn't kill people.” Peter had a total look of confusion on his face, he said “I thought you would be happy.” And then she goes on to explain that Uncle Ben would not want anyone to do anything for anger or revenge. Because you would spend the rest of your life regretting it. And that revenge and anger can get in and control you, it can change you.

So, it is with the wise words of Aunt May, Peter Parker decides to get rid of the suit. But once the darkness gets a hold of you, it won’t be that easy to let you go.

Peter Parker puts the suit in an old foot locker, but after him and M.J. officially break up, Peter gets the suit out again. Now he’s back in the suit acting differently. He just doesn’t seem to see what’s going on.

Peter is now out checking out women, asking them out he is so not himself. Peter ends up at the same nightclub that M.J. works. And he’s seen dancing with a new girl. It’s not until after he gets into a fight and ends up knocking M.J. down on the floor. Finally he is beginning to see something is wrong. Why is it we have to crash and burn before we notice something is wrong.

So here is my analysis of Peter Parker; a good guy but a lot of bad stuff happens and the suit seems to be able to attach itself to him when he’s feeling anger and revenge.

We, much like Peter Parker, don't seem to realize that when anger, bitterness, unforgiveness and revenge gets into our hearts, it makes it easy for the enemy to come in. It’s only during these times when we are susceptible to his voice. We don’t see the darkness that tries to envelope us, we don’t see the evil as it slowly consumes us. We don’t see what’s right in front of our face, and neither did Peter Parker.

When Peter Parker finally realizes what’s been going on and gets rid of the suit. But now his old friend Harry is out to get him. So now he has to deal with all this, alone?

It’s not that evil won’t show it’s ugly head in our lives, it’s that we need help to combat the evil in this world. When Spiderman goes out to fight against evil. When we go out asking for help. Who steps in your life?

We all face someone far greater than ourselves and it’s in that moment that we are saved. We first need to acknowledge that we need help and ask the right person. In the movie Peter goes to his friend Harry, even though Peter tried to kill Harry. But he humbled himself to ask Harry for his help and of course in the end Harry comes to help and save Spiderman and M.J. too.

I loved the ending better than the beginning. In the end his friend Harry ends up helping Spiderman and Harry ends up dying. He gladly gave his life to save his two closest friends. Now I have to say that sounds vaguely familiar, like a Bible story. Someone who died so that we might live. Just sayin!

More stories from Flossie Gierke and writers in Geeks and other communities.