by Uttam nandi 5 months ago in movie
Report Story 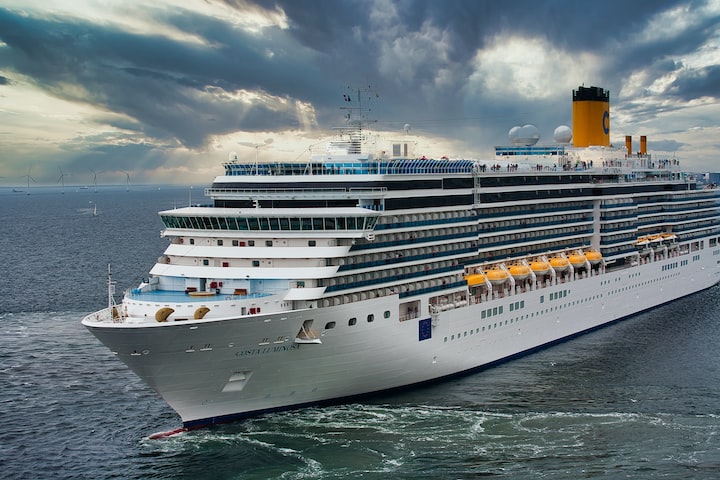 Photo by Daniele D'Andreti on Unsplash

There's a controversy at the center of James Cameron's 1997 blockbuster "Titanic," which has sparked heated debate since the film's release nearly 25 years ago. This question, which has lingered in my thoughts throughout each viewing, has major ramifications for the young couple's life and death.

No. I'm not referring to that obnoxious door.

I'm referring to the film's closing scene, in which the old Rose falls asleep only to awaken spiritually to the Titanic in all its glory, where she is greeted by all those who perished when the ship sank, including Jack. What's unclear is how literal this moment is: are we witnessing Rose's ascension into Heaven or is this just a dream?

James Cameron has said that he "knows" what's going on here, but has graciously opted to let his audience make up their own minds. I can't pretend to have entered the mind of the master storyteller, but the first interpretation has always made more sense to me. Part of that is due to the religious lens through which I view all films, but it's also due to the film's heavy presence of "heaven."

"Heaven" can mean two things: a place of ecstasy and unending happiness, or the transition from mortal to post-mortal life. Within this picture, both are active thematic agents.

Heaven appears in practically every part of the picture, from story ideas to set design to speech to Kate and Leo simply being angelic actors. As shown in the piece's lead image, notice the angel in the backdrop as Rose greets Jack at the bottom of the stairwell. Perhaps the movie is implying that Rose is an angel who has descended from her heavenly abode to meet Jack. Perhaps the angel is there to represent their union's inherent divinity.

The RMS Titanic is unquestionably a celestial paradise, "the ship of dreams," as Rose refers to it in her latter years. Titanic is essentially a floating island, cut off from civilization while simultaneously encapsulating its most beautiful aspects. Even while I was writing this, I had the impression that the Titanic was a symbol of a church or religion. This floating vessel, similar to a church, is designed to transport its passengers (congregation?) to their destination.

Then there's the duality of life and death, which runs through the entire story. The issue of death is raised early in the story, with Rose on the verge of tossing her life away until Jack persuades her not to. As Ruth and Cal try to drag Rose into a marriage of convenience, one where Rose's own voice is silenced, the possibility of Rose's spiritual death looms. That battle is figurative for the first half of the film, but it becomes quite literal after the ship collides with the iceberg, and Rose and hundreds of people face death.

Remember that humanity's hubris is ultimately what sinks the Titanic. The analogy that mortal pride might sink religion is easy to make. When the wealthy and powerful claim to be God, the consequences for the powerless are disastrous. This can be interpreted as a caution not to let hubris and superiority get the best of us and cause us to abuse whatever positions of authority to which we have been entrusted.

This celestial connection is also one of the reasons why the Titanic's demise is so much more powerful than in other films with higher carnage counts: seeing the Titanic ripped apart is like witnessing the ruin of Heaven itself.

This brings us to the conclusion of the film. The hubris of man is purged here, and the Titanic's palace is restored to its Heavenly shape. And, regardless of how you read the finale, it's here in the final shot that we get the clearest view of Heaven.

What exactly is Heaven?

It's that place when all that's bad about humanity (arrogance, cruelty, classism, and so on) fades away, leaving just what's lovely and good: true and unselfish love.

More stories from Uttam nandi and writers in Geeks and other communities.