by Heather Lee 6 days ago in entertainment

The world's most iconic duo 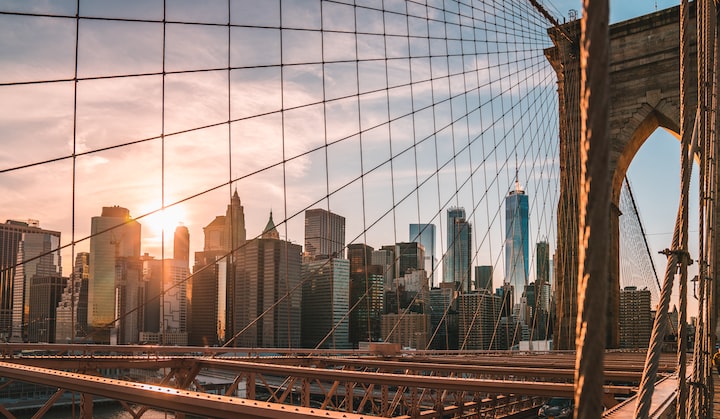 Photo by Colton Duke on Unsplash

Leave it to Phoebe to relate one of the world’s most epic romances to a pair of smelly lobsters…. But hey, at least the metaphor is as unique as the couple it’s about!

If you haven’t caught on by now, then you never will. The couple in question is none other than Ross and Rachel- perhaps you’ve seen them a time or two on the hit tv sitcom Friends!

In my opinion, Ross and Rachel are the most iconic duo out there. But why not Spongebob and Patrick or Starsky and Hutch? Or even Corey and Topanga?? Well, I’ll tell you why.

First off, this is simply a matter of opinion. If you’re not a Friends fanatic like myself then you’re not going to agree with me, and that’s perfectly fine!

So for the purpose of getting straight to the fabulous point, we’re simply gonna list out all the qualities encompassing the “Ross and Rachel” dynamic. Once completed, we will have a convincing and compelling argument detailing why Ross and Rachel truly are the world’s most iconic duo and you will kick yourself for thinking there was ever a pair better fitting for the title.

There are many more points that I could make, but the biggest point I could ever make is this: Ross and Rachel are totally relevant to today’s relationships.

In today’s world, couples are all too afraid to be honest in their relationships. They’re afraid that if they’re honest, their partner will look elsewhere for something easier- someone that won’t talk back or call them out on their shit.

But Ross and Rachel- they aren’t passive- aggressive in their relationship with one another. They tell each other exactly how they’re feeling- a page that today’s relationships can totally afford to steal from their playbook.

In conclusion, Ross and Rachel never gave up. They had all the opportunity and circumstance in the world to permanently call it quits, but they still kept finding their way back. It wasn’t because they were drawn to each other, but because they knew that they couldn’t find what they had with each other with anyone else in the world. They knew that what they had was worth fighting for. Period.

People nowadays give up all too easily when things get rough. They know that there are a million other fish in the sea, and those fish can be found at the leisure of their fingertips! Why should they fight? I’ll tell you why they should fight. They should fight because odds are what they’re fighting for is worth it.

Ross and Rachel knew it. And now they are inspiration for all of us trying to find the love of a lifetime.

Thank you Ross and Rachel, the world’s most iconic dynamic duo.

The name is Heather, but I answer to anything ~ adventurous spirit ~ <3 the outdoors (just never ask me to kill a spider) ~ trying to find myself while trying to find love ~ animal lover ~ hopeless romantic ~ broke af twenty six year old

See all posts by Heather Lee →