It's about more than a girl with a bow 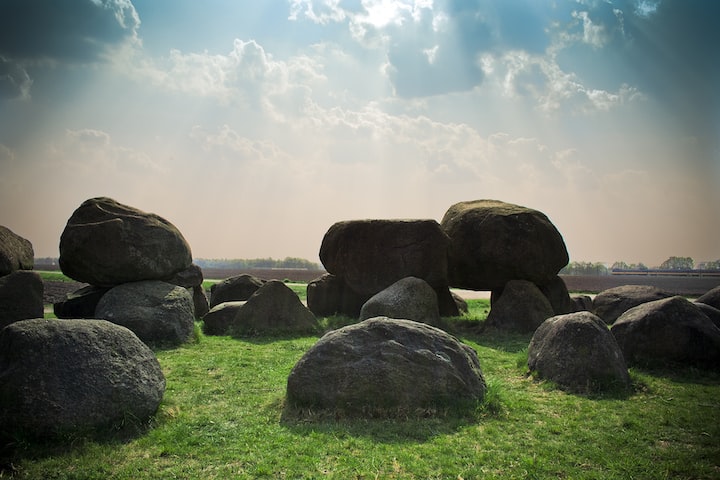 Photo by Joeri Römer on Unsplash

Warning: The following contains spoilers for the movie Brave

I'm preparing a performance to the song "Touch the Sky" from the movie Brave. It's for a karate event, but it's going to involve dressing up like Merida. To get in character, I decided to rewatch the movie. The last time I watched it was shortly after it came out in 2012.

I only remembered a few things from the story. Girl with red hair and a bow. Some great animation. The story was touted in its time as a movement towards stories about princesses who don't need princes to come rescue them. Classic girl-power flick?

Upon my rewatch, I realized that's not the story's main point. The story follows Merida and her quest to get out of her betrothal and out from under the control of her overbearing and critical mother. So, while the conflict centers around Merida's betrothal, the story is really about Merida's relationship with her mother.

In that way alone, the story is refreshing, because in most Disney princess stories, the princess' true mother is either dead, or the relationship is not the story's emphasis. For example, Mulan's mother is alive, but the family dynamic is much more focused on Mulan's relationship with her father and her desire to save him from fighting in the war.

Merida and her mother

The story of Brave begins with Merida as a very young girl, and we see her loving relationship with her mother, Elinor. But as Merida grows older, she becomes overwhelmed by her mother's expectations for her as a princess. She feels trapped and isn't interested in fulfilling her responsibilities.

When the time comes for Merida's betrothal, Elinor tells her, "This is what you've been preparing for your whole life."

Merida replies, "It's what you've been preparing me for my whole life." We see things from Merida's perspective of "I'm not ready, and I want my freedom," and Elinor's point of what that freedom will cost. They both express simply wanting the other to listen (but not to each other.)

Of course, listening and understanding are not what happens at first. There's escalation, and Merida finds a witch who gives her a spell to change Elinor. But it doesn't work out as Merida hopes, with Elinor changing into a literal bear. Worse, Merida only has until the second sunrise to break the spell before it becomes permanent.

Mending the bond torn by pride

As witches tend to do in these stories, the witch offers vague instructions about breaking the curse: "Fate be changed. Look inside. Mend the bond torn by pride."

Merida and Elinor have to work together and listen to each other as they work to break the curse.

They rediscover and learn to express their love for each other as mother and daughter. They become close again, having drifted apart in the years when they weren't communicating well.

They learn that listening is part of how we can look past what we want to what others need. It's part of how relationships can change for the better. This is the start of "mending the bond." But the other piece is the change we see in Merida.

Merida starts out focusing on what she wants: her freedom and a life without the expectations of being a princess. She also refuses to take responsibility for her actions. After her mother changes into a bear, Merida blames the witch for giving her the wrong spell. She refuses to claim responsibility for what has transpired.

My favorite scene in Brave is when Merida finally starts to take responsibility and look beyond what she wants. Because of the awkward pause in the betrothal process, the clans are on the brink of war. Merida speaks to the leaders of the clans:

"I know now how one selfish act can turn the fate of a kingdom...Our kingdom is young. Our stories are not yet legend...The story of this kingdom is a powerful one. My dad rallied your forces and you made him your king. It was an alliance forged in bravery and friendship, and it lives to this day. But I've been selfish. I tore a great rift in our kingdom. There's no one to blame but me. And I know now that I need to amend my mistake, and mend our bond. And so, there's the matter of my betrothal. I've decided to do what's right and..."

At this moment, her mother (still in bear form) mimes a speech for Merida to say about breaking tradition and letting people find love in their own time. So, in the end, Merida does get her freedom, but she is willing to give it up in a true act of bravery and self-sacrifice.

Later, she breaks the curse by admitting her mistake, how her mother has helped her throughout her life, and how much she loves her mom.

Is Brave worth a watch?

Granted, Brave isn't a perfect film. For example, I didn't appreciate how the story pretty much portrays every male character as an incompetent buffoon. And the messages of "It's best to follow your heart, and our fate is something that lies within us," aren't components I agree with, but that's a discussion for another time.

Despite these factors, I found some positive elements that made Brave worth another watch. Unlike The Little Mermaid, which teaches you should follow your dreams and eventually, your parents will just accept your rebellion, Brave takes a different approach. Elinor and Merida learn to communicate again and heal the rift between them. We learn that listening can help us realize our love for our family.

And perhaps best of all, Merida learns to take responsibility for her actions rather than blame other people. She becomes willing to sacrifice her desires for the sake of her kingdom. I would say that's a lesson worth learning.

I guess I can feel pretty good about wearing my Merida costume after all.

If you would like to receive regular updates on my work, please email me at jessicanor[email protected] and ask to be added to my email list.