by Walter Rhein 9 months ago in book review

Excellent action if you're into that sort of thing.

I do a lot of book reviews, and the PR guy for Desa Kincaid: Bounty Hunter contacted me on Twitter asking me to take a look at this book. I’m happy he did so, because this is a nice little romp that will be a delight to anyone who enjoys well-realized, action-packed novels with strong, interesting characters. This book has the feel of everything from a western, to a dystopian post-apocalyptical novel, to a fantasy adventure. Desa Kincaid is one of those “strong female characters” that have become so popular these days, and this is the type story Sharon Stone would have wanted to star in back when she was making features like The Quick and the Dead. 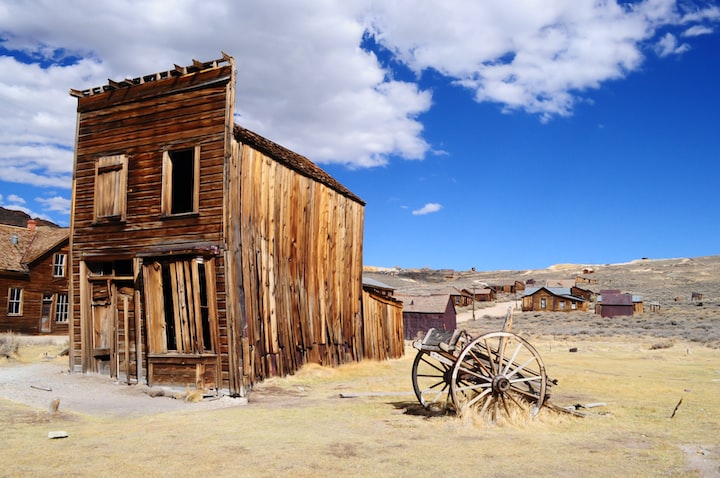 By Sarah Lachise on Unsplash

The book opens with intrepid bounty hunter Desa Kincaid in hot pursuit of a particularly vile individual who leaves a trail of bodies behind wherever he goes. Despite this, everyone Desa meets on the way seems more interested in becoming part of the problem instead of part of the solution. You get the sense that Desa’s been stuck doing this kind of thing in an endless loop that has gone on far too long for her liking already. From the first moment she walks into a bar, she starts getting attitude, and this too has been repeated ad nauseam to the point where her last nerve crawled up into the rafters to hang itself years ago.

What all this means is that you, the reader, will get to experience the glorious catharsis of irritating folks getting their faces kicked in at regular intervals throughout this novel.

That alone, in my opinion, makes any book worth paying attention to, but Desa Kincaid goes the extra mile by introducing a very well-realized magical element. You see, Desa is an expert of manipulating the “Ether,” which is a nice stand in for ideas like sorcery, or the force, or deities... however you want to think of it.

The real trick with a magical element in any narrative is to do it in a way that provides something new. RS Penny handles the magic in Desa Kincaid very well. He provides a few very simple base rules, and leaves it up to the creativity of his protagonist to create interesting applications. A literary precedent that comes to mind is how Isaac Asimov created the basic laws of robot, and then spent the rest of his time in “robot” stories figuring out ways to circumvent the rules.

Early on in the book Desa infuses some coins with ether, and turns them into elements that can produce heat or cold. This doesn’t seem like much, but in a Western type setting, coins that can heat a cooking stove, or keep a slab of meat cool during transport are a highly valued object. Desa also has the power to mess around with gravity to some extent, although it’s the limitations of the power Penny inflicts on Desa, which make the novel compelling. The very worst thing you can do is make your main character too powerful. Early on you get the sense that, for all her talents, Desa might be biting off more than she can chew.

At one point in the novel, we find that Desa carries a .22, which was a detail I liked. Nobody’s all that impressed with a .22 in terms of its power, but for practical purposes, ease of ammunition, and kill potential, a .22 is an ideal choice for a dystopian/Western type setting. It’s funny how little details can make your appreciation for a story grow, and Desa Kincaid is full of good narrative choices that seem a little strange at first, but which you come to appreciate in short order. Overall, this novel reminded me quite a bit of the work of RA McCandless who has a similar character to Desa in his angel punk heroine Del.

Photo by Jens Lelie on Unsplash

RS Penny has been around for a while and has a large catalog of books including The Justice Keeper’s Saga. Check out his Goodreads author profile here. If you’re on the lookout for high quality adventure writing, RS Penny is a great modern voice with a new take on some old favorites.

Do yourself a favor and grab a copy of Desa Kincaid: Bounty Hunter. Also, be sure to like my author page, and check out this article about getting reviews for your books.