Review: Behind Her Eyes

JC
by Jazz Carper 2 months ago in review 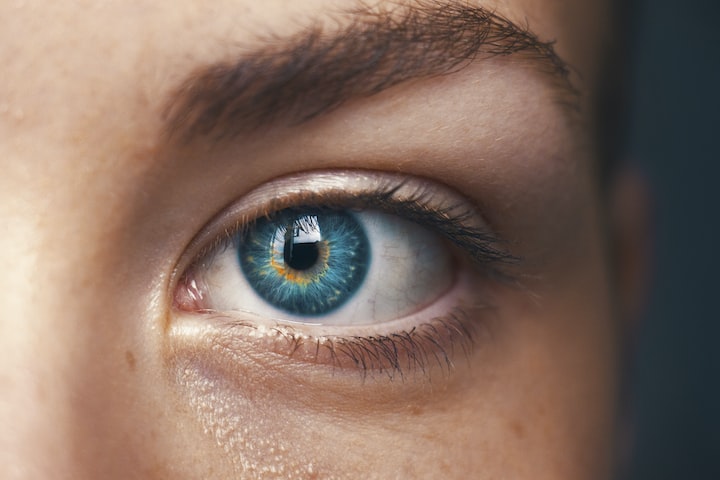 I started watching this quite randomly, and honestly, I am not even mad. This show has a man with a Scottish accent which I will yell from the rooftops needs to happen more in the cinema. I think the last Scottish accent I saw was in “Maid of Honor” and it seriously isn’t happening enough. The show also has a single-mom, so I was also happy about seeing that representation. I liked the show, the acting was amazing, there were some distinct changes that really brought the whole show together. The show didn’t try to draw itself out and it didn’t leave anything uncovered. Without further ado, let’s get to the meat and potatoes of this show. (Spoilers ahead)

The show opens with this woman (Lousie) getting stood up by a friend at a bar and she meets the perfect stranger. They have a great night and it ends abruptly after a hot kiss. Would it even be a television show if the next day Lousie found out this man was actually her new boss? Exactly, and guess what? He is married! Of course, he is, all the good ones are. So the show continues and Louise and the man (David) decide to move past the awkward situation. Then guess what else happens! David’s wife (Adele) randomly runs into Louise one day and decides they should be friends. Nothing wrong with this situation at all. Around this time, David makes random drops to Louise’s house and they start their steamy affair. The sex scenes are hot, like hot. Louise is in a thrupple and has no idea.

Louise’s son, Adam, ends up leaving to go to France with his dad. This is when things start to turn for her. Louise had been suffering from night terrors and reveals this to Adele. Adele then gives her this notebook, a friend from her rehab, Rob. This notebook explores Adele’s and Rob’s relationship and also some insights into night terrors. Louise learns that Adele and David had been engaged, however, her parents didn’t approve. Randomly, Adele’s estate caught on fire and David was able to rescue her. Adele, who had some mental issues was put in a treatment center after this fire. This is where Rob met her. They became best friends. Ultimately they would get out of rehab and he would come to visit her at her estate.

The show transgresses between the present and the past. So we get to see Rob and Adele at rehab, and how they interact. Louise then is told by Adele that these night terrors can be controlled and that is what she does with her night terrors. Nothing weird besides Louise’s thrupple. Until, Adele ends up with a black eye, and can’t explain it in a way that doesn’t sound sketchy. A patient of David’s (he’s a psychiatrist) shows up at his house and then decides he is worried about Adele and files a complaint. This makes Louise uncomfortable as she realizes that the man she is having an affair with is a really bad guy. She only then realizes it...only then???

By this time we are realizing that almost nothing is what it seems and everyone is bat shit crazy. Then we find out in the past that Rob and Adele know how to astral travel. What is this craziness? Then we see a plethora of scenes of Adele astral traveling to different scenarios and realize that Adele has known about the affair between David and Lousie. More than that Adele knows everything because she IS THERE THE WHOLE TIME. So David basically tells Louise that she is meddling too much and tells her to leave him alone. Naturally, that makes her side with Adele more and she inserts herself into this mess even more.

Finally, as this is all drawing to a close, we see that Louise talks to another girl who Adele had used her crazy astral traveling powers on, and Lousie confronts David and tells him that he doesn’t have to take the blame for killing Rob. That’s right, Rob just vanished randomly. Apparently, in the past scenes, we see that Rob dies (of a heroin overdose) and Adele threw his body down a well, and accidentally let David’s watch drop in the well with the body. Oops. David immediately wants to tell the police but Adele begs him not to and says they can keep a secret together because it makes them closer...ew. Adele is so toxic it’s crazy. Louise had already done some research and sent a letter to the UK version of the Attorney General stating David killed Rob. David goes to turn himself in, he’s tired of the lies.

At this time Adele realizes the whole plot is over and decides to kill herself. Right before setting the house on fire, she appeals to Louise. Adele is seen shooting up heroin and laying down on the bed. Louise shows up to save Adele. Louise has to astral project into the house and then the soul in Adele (ROB) takes over Louise’s body. Lousie’s soul is inserted into Adele’s body and Rob (in Louise’s body) shoots more heroin into Adele’s body (who now is actually Lousie) and kills her. Was that confusing?

Rob (in Louise’s body) carries on and learns how to be Louise. No one really suspects anything and Lousie and David are married, as David is freed from the charges of killing Rob since Adele confessed before she killed herself. The only person who seems to think there is a problem is Adam. And the show ends on that note.

All and all, a little confusing at times but it all draws together in the end. You are on the edge f your seat as you binge-watch this movie. The thing that made me so sad was to see a great couple, that is Adele and David before Rob took over Adele’s body, who were so cute together. They really could have had a wonderful life and they were clearly very in love. However, Rob was a jealous asshole and betrayed Adele, and ruined everything. I’m also sad that Adam lost his mom because that was awful. My closing thoughts are, don’t have an affair with your boss, and don’t be best friends with his wife.

See all posts by Jazz Carper →