by Taru Anniina Liikanen 6 months ago in tv
Report Story

The 5-part Apple TV+ docuseries is nothing short of amazing. 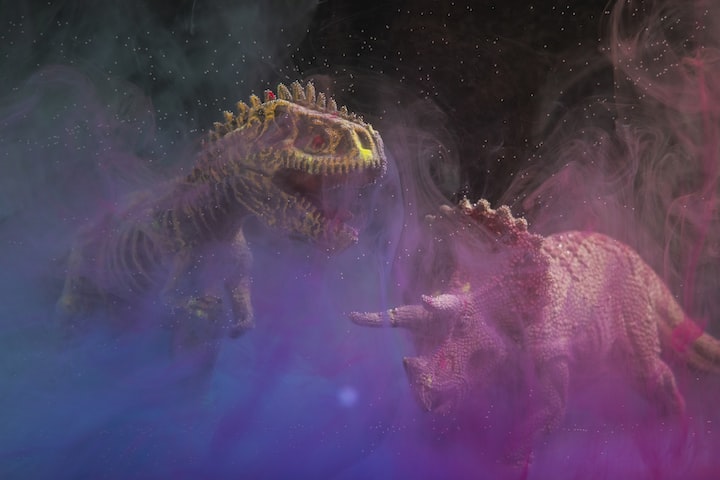 I had to replace my broken iPhone a while ago, and got three months of Apple TV+ as a bonus. So far, I’ve used it to watch Ted Lasso, Mythic Quest and Physical, but that was it for my interest. I was about to let go when I saw one of my favorite dinosaur dudes, Steve Brusatte, tweet about the show Prehistoric Planet that just dropped last week.

As algorithms dictate most of what happens on Twitter, so they also determined that I was going to spend the next couple of days with commentary from several leading paleontologists about the show popping up on my feed.

Okay, now I was intrigued. So, given that I’d just paid a visit to the local Natural History Museum the weekend prior to that and also thanks to it being freezing outside in Buenos Aires right now, I took the time to watch the five-part documentary in pretty much one sitting on Sunday.

Verdict: it’s absolutely worth the watch. I’d actually pay the monthly $4.99 just to watch it again.

Let’s get the deets out of the way first: Prehistoric Planet is a docuseries that shows life in the Late Cretaceous period, before the asteroid. This is when all the well-known dinosaur species like T. rex had already developed, as had flowering plants and pollinating insects, and lots of other kinds of flora and fauna we know today.

Some dinosaurs are included in multiple episodes, obviously because they’re such crowdpleasers and not simply because they roamed in many types of environments. Who’d want to watch if there weren’t large theropod predators in each episode?

Prehistoric Planet is one hell of a nature documentary. It features some of the most beautiful imagery, created through CGI, and mixes it with the latest discoveries in paleobiology. Every frame is disturbingly authentic-looking and detailed.

And of course, it features the narration of Sir David Attenborough. Because if there’s one thing to make you believe a nature documentary is the Real Deal, it’s Attenborough’s voice.

You’ll see the Velociraptors with their feathers, the little fish cleaning up the skin of a giant marine reptile over a coral reef, and a herd of Triceratops making their way through a pitch dark cave. You get to see dinos hunt and attract a partner to mate with and a pterosaur defining its nest, much like you’d see animals do in any nature documentary.

The struggle gets emotional, too, thanks to the amazing storytelling of the creators. You find yourself rooting for the small herbivorous dinosaur trying to make its way to safety from the predator like it was a gazelle escaping a lion. And all of it is computer-generated!

There are even some moments for laughs, for example when a Carnotaurus sastrei waves its tiny hands to impress a female in the Patagonian jungle.

Why I personally love learning about the creatures that preceded us on this planet and their extinction is that it really drives home the cyclical nature of history.

Paleontology reminds me of just how fragile, but at the same time resilient, the world around us is. If — or when — we’re gone, there will always be another group of animals that will find a way to thrive in the world.

It’s oddly comforting to know that while we’re in the middle of the sixth mass extinction event of this planet’s history, life will always find a way to regenerate.

The only negative I can find about the show is that I’d really love to see even more about the science behind the scenes.

There are scenes you’d never expect to see, such as that of a swimming Tyrannosaurus rex crossing the inland ocean that parted North America in the Cretaceous, that are explained in videos on the website.

But then there’s a whole lot more that a non-biologist is left wondering. How did scientists discover that certain dinosaurs had feathers? How can they know the color? How can we know that these creatures ate?

For those who are interested in knowing more, I’d recommend two books. Steve Brusatte’s The Rise and Fall of the Dinosaurs, which is a great starter to get you hooked, and Michael J. Benton’s The Dinosaurs Rediscovered, which goes further into the science behind these prehistoric beasts and how discoveries are made.

Because while you can just watch Prehistoric Planet on its own and enjoy the imagery, I think it’s likely that you’ll want to take a deep dive into dinos after it.

More stories from Taru Anniina Liikanen and writers in Geeks and other communities.