by Greg Seebregts 5 months ago in review

Let me ask you guys a question: have you seen the Final Destination films? If yes, then you'll know what I mean when I say that the series we're looking at for this latest installment of the Old School Anime Reviews series is like an animated form of Final Destination. If you're not familiar with the films in question, they basically follow a group of people who cheat death—surviving a catastrophe that they should've died in due to one character suddenly developing psychic abilities. These characters are all subsequently picked off by Death in some seriously sadistic ways.

Another is a series that is similar to Final Destination—to the point where I don't know how to classify the series. Is it a horror series? A mystery series?

Oh, before I forget, there will be spoilers ahead! If that kind of thing bothers you... well don't say I didn't warn you. 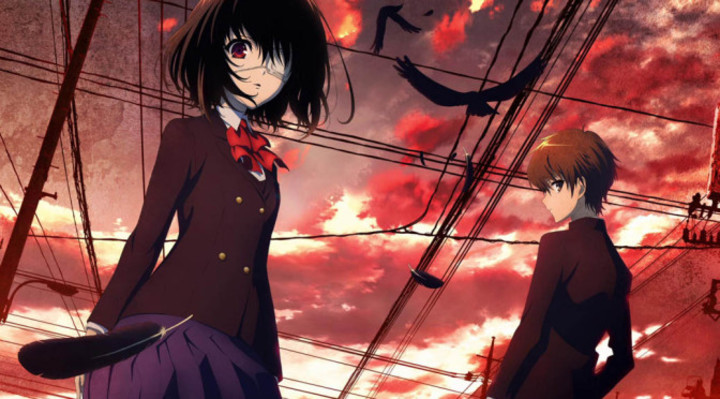 The series follows Kouichi Sakakibara as he transfers to Yomiyama North Middle School and meets a girl named Misaki Mei; a short while later their classmates start dying in various, gruesome accidents.

Why does this happen and how do they stop it? Note: this is kind of a spoiler!

Well, apparently a popular student died in an accident some 26 years or so before the start of the series. The other students pretended that this student was still alive though, which seemingly invited trouble to dinner. Now, every year something will trigger a curse that kills the students and those close to them.

The way to stop it is to make sure that there's an even number of desks in the classroom—presumably one desk would be empty for the phantom student. If there's a desk missing... well, you get the idea. 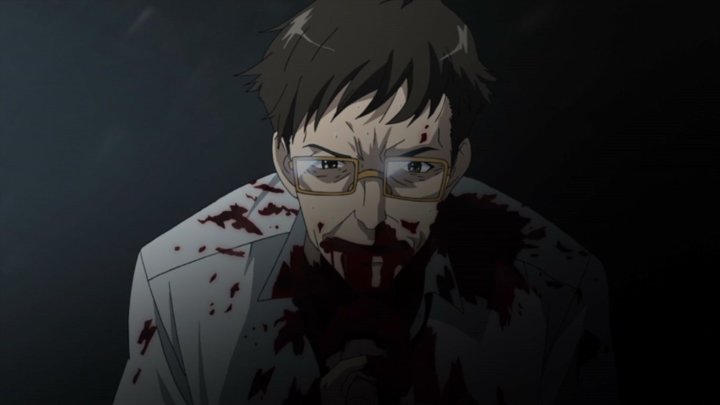 One of the most brutal deaths ever (LuRa's Anime Blog)

What does Another do well?

Well, the art style is beautiful to look at and the characters are all likable. The story is... interesting, there are some things that I wish had been explained better but overall it's okay. Tonally, the dark and moody atmosphere is consistent and there's this sense of unease that sends chills down your spine.

Let's talk about the music for a second. A major part of any series, be it in animation or live action, is the soundtrack. The score here is absolutely gorgeous! It hits all the right notes (pun intended) at all the right times.

The mystery element and gore are both very well-executed... yes, I know; another pun. 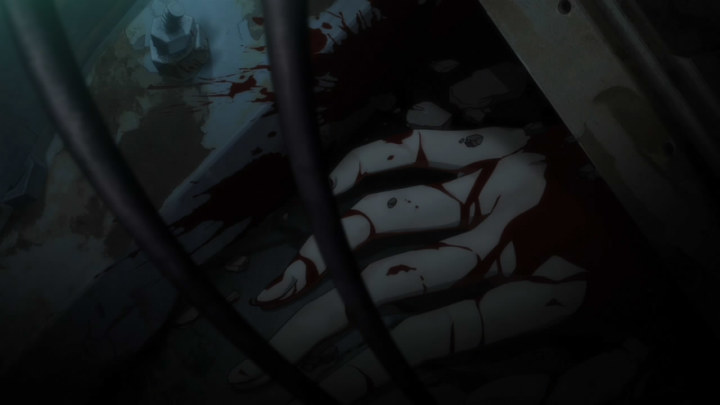 Thanks, I needed another reason to distrust elevators (Another.wiki)

There aren't really too many problems that I have with the series.

If I had to I'd say the main protagonist could've used some work. Where the other characters all had personality and spark, Kouichi Sakakibara is largely a blank slate character. We know he likes Stephen King and John Saul novels and that he moved out to Yomiyama recently and that's all there is to his character.

He's largely just there because he has to be, he has little to no personality; the only reason he stands out at all is because he's the main character and everything that happens is centered around him.

Final Thoughts: I wish it were a bit longer

The only other complaint that I could voice is that I wish the series were a little longer. At only 12 episodes, Another does a damn good job of enthralling and entertaining viewers. Unfortunately, while the shorter run time makes it easier to watch and keeps the story concise; it does mean that some details do have to be left up to the imagination.

Then again, maybe that's how it was supposed to be in the first place...

Anyways, the series is pretty good and while I don't recommend it to squeamish viewers; it's certainly worth checking out.

I'm a South African writer, blogger and English tutor; I've published 1 novel and am working on publishing a 2nd. I also write reviews on whatever interests me. I have a YouTube Channel as well where I review books, and manga and so on.

See all posts by Greg Seebregts →