My Wife and I Met Through 'Game of Thrones'

by Em DiMonaco 10 months ago in tv

I have been a fan of Game of Thrones since the second episode aired. I owe my discovery of the show to a colleague who mentioned, in passing, that she had seen the first episode of a new show they thought I might like, and that I should tune in next week. It’s funny how the tiniest, most trivial things like show suggestions can end up having more impact on your life than anyone could have dreamed.

I began watching that second week, in April of 2011, and I was truly hooked from the first seconds. Everything from the fantastic cinematic view scapes, to the dramatic music, to the envelope pushing that was like nothing I had ever seen on television drew me in. I found myself counting down days in between episodes and spending my nights rewatching scenes from weeks before. I became an undying fan of Catelyn Stark (poor woman). And most of all, I began to wish I had friends who felt as strongly about Game of Thrones as I did.

Sure, many of my friends watched the show, but none were as passionately devoted as I was, and I sensed I was annoying them with my constant discussions of nothing, but Starks and Lannisters, and how dragon meat might taste. And so, at the age of 22—an age that seemed much too old to be doing this sort of thing—I created a Game of Thrones Tumblr account and began connecting with other fans around the world.

I soon began making friends with my fellow GoT fans. This was a new world to me, this online socialization with strangers, and it took some getting used to, but with time I began to consider these people true friends, many of whom I was as close to as my real life ones. It was nice to bond with people I shared an interest with, and conversations covered topics unrelated to television as well. Before I knew it, I was Skyping with online friends regularly, watching episodes together online, and exchanging letters via snail mail.

But the most fateful moment occurred on June 2, 2013, late at night, saying simply, “I need someone to cry with.” The user was someone with whom I had spoken once or twice, a girl named Kally who shared my favourite character, Catelyn. Of course, I knew what she meant in the message—our beloved Cat had met her end in that night’s episode, and we were both devastated. It only took a few seconds for us to strike up a conversation, and the connection was truly instant. We had been talking through Tumblr’s antiquated “Ask” system for half an hour when Kally decided this wasn’t working and asked for my phone number so we could chat more easily. Nervous about giving my phone number to someone I had only just started talking to, I decided why not and sent it over. I expected to receive a text, but within the minute my phone started ringing. 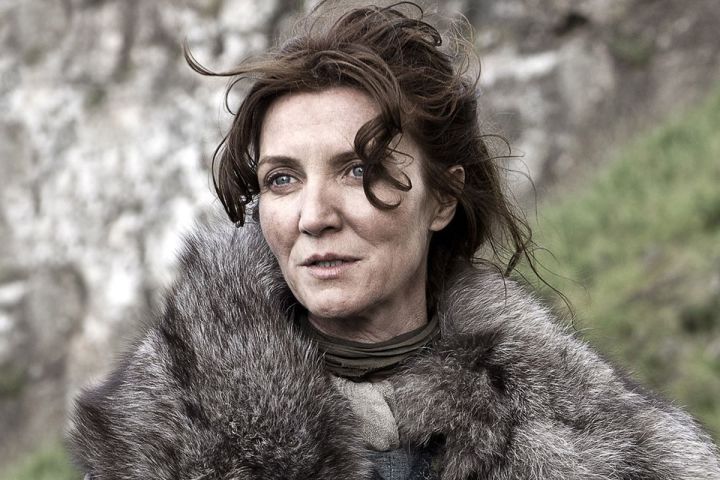 I hate phone calls. I have never been one for talking over the phone. But I didn’t want to be rude, so I answered, and thus began the most incredible conversation of my life.

I had never connected with someone that well. We vented, we cried, we laughed hysterically, and soon I realized hours had passed. We had stopped talking about Game of Thrones and began talking about life. By the end of the night, I felt like I had known Kally for months, maybe years. We were truly drawn to each other.

We began speaking over the phone almost every day. Kally lived only about an hour and a half from me, and we soon realized we could travel by train, and then, after about a month of phone calls, I made the trip over and spent the night at her apartment. We ordered pizza, marathoned our show together, and laughed until we couldn’t breathe. In the morning, I was so sad to leave her house, I had trouble not crying, despite our mutual assertions that we would do it again within the next few weeks.

As I sat on the train, I received a text that stopped my heart.

“I have to get something off my chest.”

I could feel my blood rushing as I saw the typing dots writing the next text message. And then, finally:

“I wanted to kiss you so bad when we said goodbye.”

And in that moment, on the train home, I broke down in tears, much to my embarrassment in the presence of fellow travellers on the cramped train. I don’t know to this day if I was crying of joy, or of sadness, or of fear. I just knew, in that moment, that this would be the most important person in my life.

The rest of our story unfolds like most normal relationships. We dated for a while. I moved closer to her, switching jobs in the process but knowing all the while it was worth it. We moved in together. Kally, always the brave one, proposed, and we got married in June 2017, about four years after that first message. Yes, it’s awkward to explain when people ask that we did, indeed, meet over Tumblr.

Neither of us have time for blogging anymore, what with work and life, and especially with the process of adopting our first child. We are hopefully soon-to-be parents of a little girl—and no, we won’t be naming her Cersei or Daenerys or anything like that. Although, Catelyn does sound nice as a middle name… But we do continue to tune in week after week for our shared favourite show, the one we owe our lives to. For us, Game of Thrones will always be more than just a favourite show. It’s the show that helped us find our soulmates.

See all posts by Em DiMonaco →