Movies I Haven't Seen That Would Bother a Film Buff pt.1

(And why I haven't) From movies I don't know how I missed to Cult Classics, here's the list. 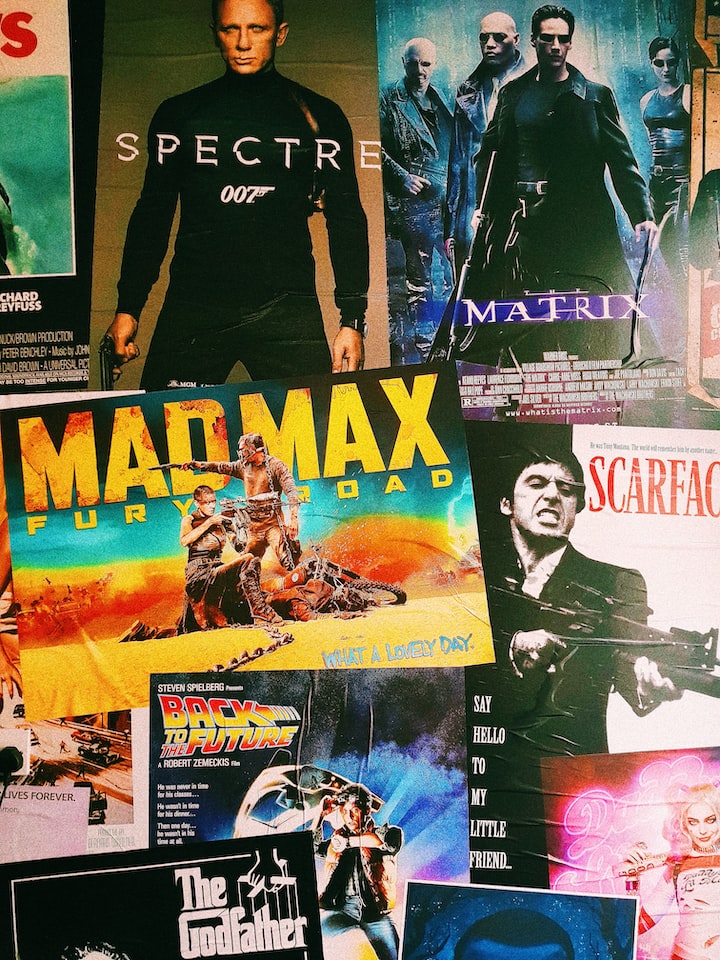 From movies I don't really know why I never watched to Cult Classics you couldn't pay me to watch...here's the list

Ok, starting off with one that got the most shocked expressions, but here me out okay

I remember when this played on the tv at my first college kickback. I tried to watch a bit, but was immediately uninterested and focused on everything else. But, it did help the mood I guess.

Why haven't I seen it: For one, it's a Quentin Tarantino movie...so no. As I got older and especially once I got into film, I realized I'd never actively watch a Quentin Tarantino movie if i knew it had anything to do with him. I attempted at the kickback because the guy whose birthday it was was shocked and said he really liked it, and I was like "well, maybe I missed out," and forgot/didn't know (I don't know which one) if it had to do with Quentin. Also, it just doesn't seem interesting. Granted, I may be wrong. I was wrong about tons of movies, but I'm typically not with like actiony movies.

aka the last Quentin Tarantino movie I'll put on this list because I might as well say "All that I know of, but maybe not all because I don't know everything he had his hand in"

Don't worry, I've seen the dance scene and the twisting. I also know how they filmed it because of tiktok. So, cool.

So, I might've gotten this and Kill Bill mixed up for most of my life, but only in terms of title and like which one had Samuel L. Jackson, but if you showed me me this poster without the title or Uma Thurman's poster without the title (and with the yellow tracksuit because I don't really know what she's in besides this) I'd be able to point out which is which. But, I could've sworn there was a little kid in this poster/like clip or two I've seen of the movie. There was right? Like I remember this woman being there because of the dance scene I've seen a billion times, but I remember a little kid with short black hair too.

Update days later due to a Tik Tok post: The movie I was thinking of was Léon: The Professional. How did I manage to...yeah. Haven't seen that one either.

I'm feeling the bob though.

So why not: It seems...like a movie you can excuse for its time, but I dunno really. I doubt it'd be a good time for me. Also Tarantino. So, yeah.

And I never will. I feel like it's corny, overrated, and...I mean I could be wrong. I like corny movies, but I don't care for this kind and I don't care for Ryan Gosling's acting honestly. Hey, maybe it deserved to beat Moonlight, but I'll never know (I literally just said this because I remember seeing comments about it everywhere). Seems like many people didn't agree though. Also, singing and dancing...I'd probably have to skip the most famous part.

I've seen clips. I've attempted to watch the movie. It's one that I always saw on, but it'd be at least halfway through and I prefer watching movies from the start. So, I just never watched. Also, I was pretty young and it seemed inappropriate (didn't wanna be caught watching adults on tv as a kid just in case a bad scene came up).

Plus now that I'm older I've seen comments saying how it crosses lines and is just offensive. I can't tell. I don't know. Maybe it was purposeful (which doesn't mean it's alright & I've seen movies do that as a commentary and then...yeah you get me). Maybe being authentic in any way isn't offensive (lots to say here). I would probably have to watch to understand. I do love picking movies apart (unless they're just meant to watch with no thoughts because I'm not that annoying). There are classics that shouldn't have seen the light of day or certain scenes that were just plain harmful. I don't know much about the movie except two Black women had money and apparently (from the poster) bought stuff, oh and a clip is in my head where she had long nails.

Side note on the hair: That used to interest me a bit as a kid because I saw a movie about hair and how Black women really went all out with styles,and I remember really loving the way they could create so much with hair.

In conclusion, I'm very into movies (*films*) and I've seen tons in different genres, languages, with vastly different lengths...but recently, I've been thinking about movies I haven't seen. I know I don't like every genre, or certain things in my movies (looking at you superhero movies), and my tastes have changed just a little since I was a kid but not by much. I've always loved artsy movies, but I've also always loved movies where my brain doesn't even have to think and camera angles aren't to be heavily commented on (shouts out to Youtubers that dissect the heck out of movies.Like they talk about influences for an hour then why the director told them to stand next to a desk). I'm going to be talking more about movies and shows because I have the time and I wanna get back to that because I love writing about what I'm passionate about. So, until next time...