by Reese Marie 29 days ago in fan fiction 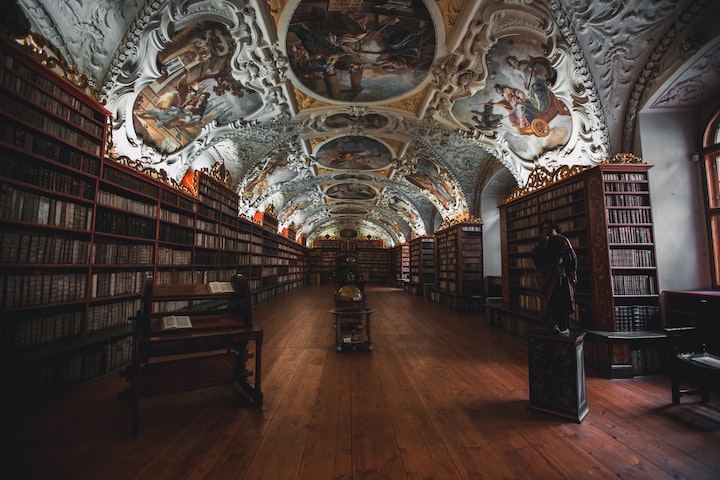 “I defeated the darkest wizard of all time, thus saving the world from destruction. Actually, I defeated him twice, the first time was when I was a baby. What about you, what do you do?”

Imagine a dinner party where the small talk consisted of conversations about saving the world. The menu would have to be not only globally inspired, but inspired by many different worlds. There would be cuisine from Middle Earth, Narnia, and maybe Mount Olympus. A grand party held in a massive library, with a guest list about as big as the library itself. I want to make this meet-up of literary heroes happen.

I'm no party planner myself, so the first person on my guest list is someone who can give me a hand in that arena. Yup, Mr. Jay Gatsby. We all know that he can throw a shindig like no other. He may be a tragic hero, but he’s a hero nonetheless. And for my next guest on the list, another tragic hero Mr. Gatsby can bond with: Prince Hamlet. While the rest of the guests hit the dance floor, they can stare at a distant green light and talk about being, or not being.

Of course, we need the great fantastical heroes to talk about the best strategies for saving the world and defeating evil. I imagine Harry Potter, Frodo Baggins, Lucy Pevensie, and Percy Jackson would have some interesting conversations. But the legendary characters, Arthur Pendragon and Odysseus would remind them that they’ve been doing it for much longer.

And then there would be some more realistic characters gathering, talking about more everyday things. But these conversations would still be nothing short of fascinating. I think Elizabeth Bennet, Jo March, and Anne Shirley would really hit it off. They’ve got plenty to gossip about when it comes to their romantic lives, but they would also have intelligent conversations about poetry and culture. Now that’s a conversation I would want to be a part of.

Or what if James Bond and Sherlock Holmes met and talked about the cases they’ve cracked? I wonder if there would be a slight competitive tone in their voices as they talk about the menacing villains they’ve defeated and poor victims they’ve saved. But then, I would like to see Nancy Drew come in, who has probably solved more mysteries than both of them. They wouldn’t expect a young girl to be such a skilled detective, but no one can deny her skills.

This party would be a nice break for all of our heroes, who work hard every day. Maybe some of them would finally find friends who can understand what they’ve gone through. Maybe they would find it easy to relate to each other, or maybe not, because their stories are still so different. But they would spend the night eating and drinking and discussing.

See all posts by Reese Marie →