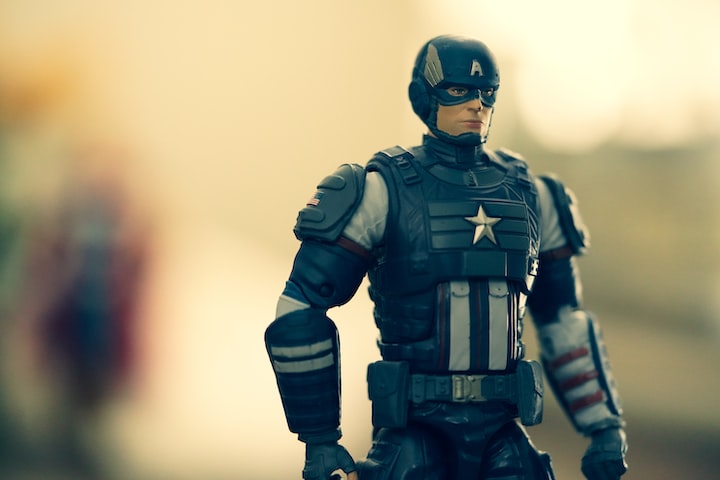 Photo by Ravi Palwe on Unsplash

This article would be long if I went into detail about each of them, so this series will be separated into parts. , where do we start? Let's start with the first Avenger himself, Captain America.

By now, most of us have heard the story of America's favorite hero. He wanted to fight during WWII, but was too weak to be recruited. When a scientist offered to help him (via The Super Soldier Serum), he agreed, and became the hero we know him as today.

How do we turn him into a DND character? For his race, I was thinking of making him a human variant, , I decided to make him a half-elf. Half elves gain an ability score increase of two in charisma and an added point added to a of your choice. For this build, I put that extra stat towards strength.

When picking his class, the obvious choice would be a Paladin. Yet, difficult to ignore the benefits of the Fighter class, too. a tough choice to be honest, but in the end, I decided to multi-class him as a Paladin-Fighter. How did I do this? First, I chose the Paladin class to start off. Using the ability score bonuses I picked up along the way, I was able to set his strength to 19, his dexterity to 17, and his charisma to 16. These were the important stats in this build, and when making your own Steve Rogers build, I recommend you focus on them.

With the current strength and charisma scores, I was able to select Fighter as his secondary class. His fighting style as a Paladin is Protection while as a fighter, it's dueling. He is level six (level 5 in paladin and level 1 in fighter). With these features, I was able to give him the necessary abilities he'd need to be combat ready while staying true to his Marvel character.

As a Level 5 P, Steve would need an oath to choose. I was scrolling through the standard 5e options, but none of them had the flavor I wanted. Sure, I could've chosen the standard Oath of Devotion, but that's too easy. I searched on the internet for some options, and I found this one:

Oath of Perseverance. If Steve is one thing, it's persistent. Paladins under this oath are "dedicated to fight incessant evils in the world, and are the embodiment of hope." The tenets speak true to Steve's beliefs to help others in need and fight any evils that may befall upon the world. It comes with special abilities and features, such as channeling divinity to forgo a death saving throw in favor of taking a 20. Under this oath, he is a list of spells based on his level:

Along with his oath spells, I prepared a list of other spells for him to have as a paladin:

Once I had the logistics of his class figured out, I armed him with a shield and a war hammer (a little nod to the fact that he can lift ). At some point, I want him to get a magic shield, but for now, I'm more or less focused on his build. For his background, I went with the Soldier for obvious reasons. His alignment is Lawful Neutral. Here are his stats:

I would love to play a game using Steve's character sheet! What do you think of this DND build? In the next part, I'll be covering a friend of Captain America, a hero near and dear to my heart: Bucky Barnes!

More stories from M.N. Negus and writers in Geeks and other communities.