If you Grew up on 90's Disaster Movies

by Natalie Spack 4 months ago in movie

I have good news! 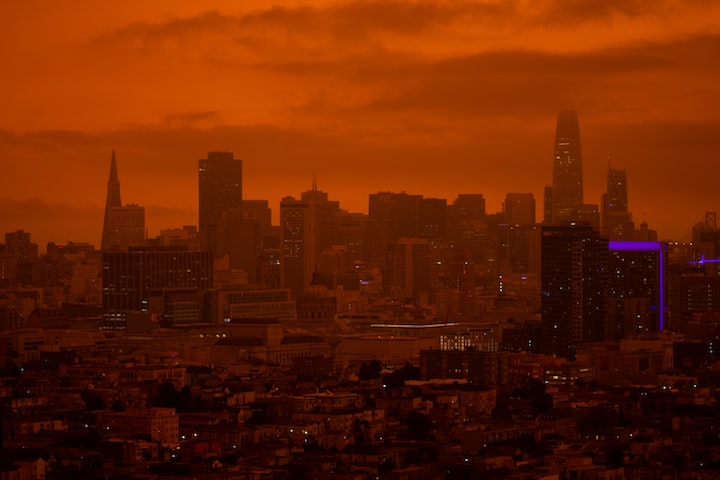 Remember when you were a kid in your over-sized tie-dye t-shirt, sun-kissed from playing outside all day with neighborhood friends, and you couldn't wait for your mom or dad to come home with a VHS from Blockbuster?!

And on those special occasions, you didn’t watch just ANY movie. No, it was a disaster movie…that your mom was actually ALLOWING you to watch. Would you be scared the whole time? Yeah. Was it worth it though, because the good guys always won in the end? Definitely. Was it the best bonding for you and your family? Absolutely.

Unlike today when we “watch” a movie while mindlessly scrolling through social media, back then it was a family event. Everyone planned their night around it. It was the topic of conversation throughout the week.

The 90’s were the golden age of disaster movies. These catastrophic doomsday movies kept us on the edge of our seat the entire time. It didn't matter whether or not we were 5 or 85. The 90’s brought us such classics as Independence Day, Armaggeadon, Deep Impact and Twister.

These movies weren’t about superheroes. They were about average Americans, living an average life until some human extinction crisis was at hand. That was when these average, middle-class (sometimes midwest) people were called to step up and save their town from destruction…or the entire world from extinction!

Our unassuming heroes would then be called upon to make a choice that would risk their lives. And of course, without question, they always made the choice to risk their lives for their family, their community, or the entire world. I could always see myself through these lead characters. A regular suburbanite. An awkward teen. A kid road-tripping with her family. A scrawny girl. Every time I watched these classics, I wondered, would I be able to make the same sacrifice?

But then came the age of trilogies and sequels. Dystopian societies such as Hunger Games and Maze Runner began to rule the box office and Marvel, with superhero speed, began producing movies faster than I could watch them. (Don’t get me wrong, I love these movies, but let’s have a little variety!)

I thought that the golden age of disaster movies was forever dead. Some would come out, and they would be good, but they were missing something. They either had too much horror or too many larger-than-life heroes. I missed the regular "Joes” saving the world. Then suddenly something explosively wonderful happened.

During the Covid-19 stay-at-home order, while movies were being streamed in our living rooms 24/7…a light broke through. And I realized that the golden age of disaster movies might just be making a comeback.

So, if you are as big a fan as I am of those 90’s thrillers, likeIndependence Day, Armaggeadon, Deep Impact and Twister, then I have a new movie for you that I think you’ll thoroughly enjoy: GREENLAND.

The film follows a family close to relational destruction through separation and infidelity, who has to fight together to survive world extinction. It has all the elements that I love. The protagonists (Gerard Butler and Morena Baccarin), are average suburbanites who don't have special skills to survive the fatal comet fragments hitting the earth: only grit and perseverance. The movie does an excellent job of setting up an extinction event and shows the characters as clueless, like most of us would be in a situation like this.

But not having the answers doesn't stop them. They are salt of the earth people who will not accept extinction as their fate. Throughout the entire movie, I felt like I was them, frantically deciding what to pack for a road trip to escape death, or navigating chaotic traffic caused by explosions! I experienced their panic and heartbreak as they were denied the only solution they thought possible to survive. I was literally on the edge of my seat the whole time and I believe you will be too.

Greenland gave me two hours where I felt like that kid again, in her over-sized tie-dye t-shirt, watching a scary movie from the safety of my childhood home.

So, If you're like me and sometimes have trouble picking a movie because there are too many b-movie options, just take my word for it and choose Greenland. (This way your dinner and a movie night won't end like mine did humorously in the video below)!