by J.S. Kohout 2 years ago in list
Report Story

Made it through this movie? Here's what to watch next. 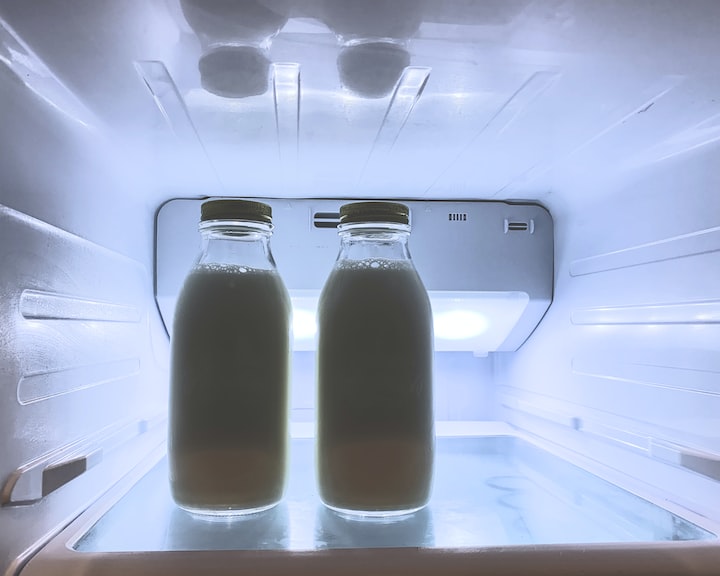 With a hearty run in Netflix's top ten and Rosamund Pike winning the "Golden Globe Award for Best Actress in a Motion Picture Comedy or Musical" for her performance, there's a good chance you've seen I Care a Lot. The story of a lady willing to take on the mob and the elderly with equal ruthlessness.

If you are unfamiliar, I Care a Lot is a film that gets under your skin. A clockwork thriller spattered with inky black humor. Deliciously entertaining, it's masochistic candy—a cinematic sour patch kid. After watching, your teeth hurt, and you'll feel it in your shoulders the next day.

The critics enjoyed it, and I did too. You don't know me, but I think the world of you. I want you to be happy. At 118 minutes, maybe you'll watch it and wonder, "I still have time to kill; what's next?" Well, you friendly feature film feaster, let's find you the perfect fit for a double (septuple?) feature.

Want to meet I Care a Lot's cinema sister? Bound (the feature film debut from The Wachowski's) almost feels like it has the same author. It's the story of a couple of women with criminal pasts going pistol to pistol with the mob. It offers a tight plot, good performances, a few surprises, and compelling cinematography. It's also fun to watch Gina Gershon and Jennifer Tilly measure "Richards" against Joey Pantoliano and Christopher Meloni. It almost feels like a lost Sopranos episode. This movie finishes big, bathed in bright red blood and barreling down like a runaway truck. If you were also into The Matrix or appreciate neo-noirs in general, Bound is for you. Currently available on Pluto TV.

When it comes to casting, I Care delivers with Rosamund Pike (Gone Girl), Eiza González (Baby Driver), and Peter Dinklage (In Bruges). Yet, never forget that Diane Wiest is a beast. She has two Oscars and a film resume that reads like a murder's row of "Oh, yeah! She's in that!" I recommend both the underrated comedy The Associate (with Whoopi Goldberg) and the vampire flick The Lost Boys. But, Let Them All Talk, a small Steven Soderbergh release from last year deserves more attention. Starring Meryl Streep, Wiest once again plays a supporting role and mother figure, but of a nicer sort. In this flick, "cringe" takes the place of "thill." Wiest may be a supporting character, but the scenes with her and Candice Bergen make the movie. There's a lot of silence, quiet humor, and grand static images, all while the characters keep stepping on each other's toes. The fever of awkwardness breaks (somewhat) with an unexpected ending. This movie starts off broad, but collapses into a thought-provoking singularity by the end. Currently available on HBO Max.

The Disappearance of Alice Creed (2009)

A decade before I Care, writer/director J Blakeson wrote and directed The Disappearance of Alice Creed. It hit high-profile film festivals, but unfortunately, never got a wide theatrical release in the States. A critical success, there was a Dutch remake in 2014 and a German one in 2019. Starring Gemma Arterton (Quantum of Solace), it's filled with crazy intense moments and unexpected spins. It doesn't have I Care's dark humor, but it is twisty in similar ways. Very. Twisty. Maybe you'll see the last shot coming, but I doubt it. This is an easy call. If you enjoyed I Care a Lot, you need to watch this one too. Currently available on Amazon Prime.

Okay. Stay with me. So far, all these movies have a similar pedigree or a similar dark style. But one of the biggest dangers in any list of recommendations is palate fatigue. The only actual similarities between I Care and this candy-colored, satirical, spy movie pastiche is that it involves a crime and a same-sex romance. But, after a heavy meal, sometimes I want Pinkberry. Critically panned and a box office bomb, it is what one might call light on plot. It's a comedy that boils down to a goofy hybrid of Romeo and Juliet and Charlie's Angels (the TV version). It's star-crossed-super-spies in schoolgirl uniforms. Yet I will say, the opening sequence alone is pretty damn fun. It crams 20 minutes of exposition into a chewable chunk. Then there's the soundtrack: a nostalgic delight. If you can't find something to enjoy here, you probably take yourself too seriously. Watch it with your best bros, some brews, and a pack of cucumber face masks. Currently available on TUBI.

This is a deep cut pairing for film geeks and Massholes. I Care is not a film where the place plays a character, but establishment shots clearly make this a Massachusetts mob movie. So is the neo-noir The Friends of Eddie Coyle. Forget The Departed, put away Black Mass, and pull out this Peter Yates and Robert Mitchum classic. The story of a man who is trying to extricate himself from his deep mob ties, it's gritty and rough, and if you loved The Godfather or The French Connection, this will satisfy you. Plus, it has Alex Rocco (a.k.a. "Moe Greene") who was part of the Boston mob as a youngster, and who studied acting under another Bostonian, Leonard Nimoy. Prominent features of this film include a wild car chase in a parking lot, classic Boston locations, classic Boston racism, and Bobby Orr playing at the ol' Garden. Currently available on Pluto TV.

If Pike's character in I Care a Lot made you angry, you need to watch this documentary. The Guardians is where you find out that I Care is based on a true story. In this documentary, producer/director Billie Mintz tries to unravel the role of Certified Professional Guardians. These are people who sometimes seem to kidnap and pillage the elderly with help from the law. Although non-fiction, it unwinds like a thriller. After some profoundly frustrating and tragic events, it feels like you're heading towards a happy(ish) ending. Instead, some spooky threads are left dangling. If you have any elderly family, good luck sleeping after watching this. Currently available on IMDb TV.

There you have it. I could recommend millions of more films with similarities in subject matter, cast, or tone, from classics like Les Diaboliques (1955) to modern nail biters like Uncut Gems (2019). I could even do a whole film festival based on I Care's tooth-in-milk scene (Marathon Man, The Whole 9 Yards, Cast Away, Little Shop of Horrors...). But, eat what I gave you first. Then come back, and we'll chat more.

You're still here? It's over. Go home.

More stories from J.S. Kohout and writers in Geeks and other communities.