How Busy People Have Time To Binge Watch Shows On Netflix And Other Streaming Services.

How To Binge -Watch On Streaming Services If you’re too busy. 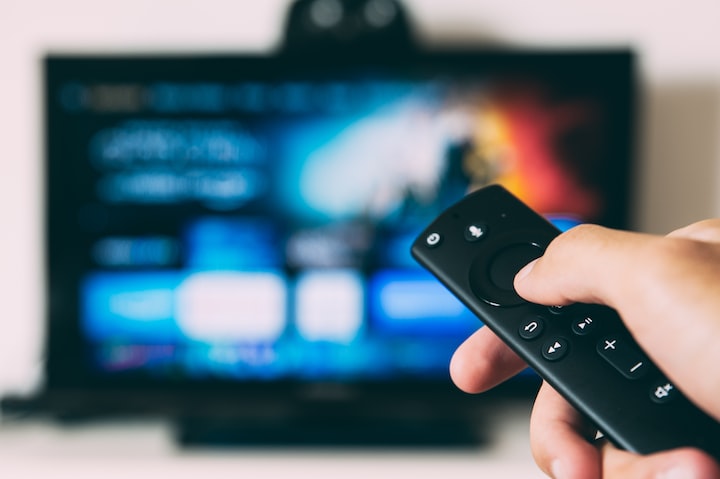 There’s simply too many different streaming services to choose from. Paramount+, Amazon Prime, HBO Max among others, how do you decide what’s the best one? I had this problem too. For someone who has a tight schedule,how does one have the time to spare to binge watch all of their favorite shows on each streaming service? Some folks might tell you that it’s a totally good thing that we have plenty of entertainment options to choose from since we have a new form of TV Entertainment.

Almost gone are the days of flipping through cable channels for entertainment. Now you just need to subscribe to the various Viacom Giants to select what you’d like to binge when the occasion calls for it. I had the same issue too. Life can be busy and when I only have but so much time on my hands, I can’t help but think how is one suppose to just sit down and binge watch an entire library of shows ? Yes its possible, completely plausible, but not everyone can do it. I struggle every so often on what I’d like to watch and on what platform because I’m subscribed to at least four major streaming services. If you’re like me, you too; might feel overwhelmed with the variety of services to choose from. I’m here to help you binge watch in a way that’s organized and recommend the top 4 major players you should at least try out.

The secret to services like Netflix is: You can’t watch EVERYTHING and you won’t. You’ll only watch what fits your personal interest because there’s something for everyone.

So to make this process easier, choose between 2-5 of your favorite shows that you wish to stream on each platform. Stick to those 2-5 shows and when you’d done watching the entire series, search for another 2-5 shows to binge watch.

Process of elimination will reduce the overwhelming amount of choices that most streaming services currently offer. This works for almost any other streaming platform you‘re subscribe to and can eliminate hours of frustration with the multitude of original series and third party tv shows.

Because of the clusterfuck of options available right now on streaming service, if your goal is to subscribe to four streaming services. Once you selected the shows you are sure to watch with alliengence, set a weekly schedule on when you’ll most likey have the time to binge watch them. You could select the best two shows or original series from your streaming service of choice and dedicated 30 /60 minute intervals out of an hour range to view them.

For example, if you like Netflix Atypical, you could dedicated two episodes a week towards it, which would equate to approximately 1 hour of viewing time. Then you could watch Marvels What If on Disney+ for another 21/42 minute intervals which would equal to 2 full hours out of your day to watch both shows from two different streaming services. That way, you aren’t nessicarly wasting any of your hard-earned money and actually utilizing the service in an organized and proportionally productive manner.

In summery,if you have more than one favorite show to binge-watch, try to schedule your binge-watching on multiple times of the week. That way you can enjoy multiple original content without wasting too much of your free time.

There’s something for everyone and with the new era of streaming content, the same could be said about what you wish to view. My biggest suggestion is to pick 2-4 major streaming services(not necessarly the choices below) then practice the process of elimination followed by scheduling what programs you’d wish to indulge in.

Probably the most well-known streaming platform and originally a movie mailbox rental. This service for most, has thousands of tv shows, a platter of originals and movies and hours of entertainment. Most of the original content on Netflix is particularly LBGTQ focus with it’s characters and black focus stories. There’s also imports of Korean and Japanese dramas in addition to Anime and impactful documentaries that almost all walks of life could relate, you just need to search. This platform alone could provide you or your entire family with entertainment without going elsewhere.

Netflix is also available as an app and has sharp 4K based entertainment so the quality will be on point for those who care about how it’ll look on a OLED screen or 8K Q-OLED Television.

From my experience, if you grew up watching Disney animated films or enjoy Marvel and the Starwars franchise, then you’ll probably enjoy the different orginals and Disney classic animated movies. Good for kids but there’s some borderline adult content as well so it’s not just kiddie stuff. I personally watch The Simpsons on this platform and it’s a far cry from the Disney Freiendly content we as kids grew up with. But essentially there’s something for everyone on Disney+ and age won’t be a barrier.

The quality of the picture is clear and rocks 4K video formats for their premiere movies and other content so dependinfg on what device you watch the Disney+ on, it’ll be a delight to view in most cases. Of course in the beginning when Disney + launched, there were reported format resolution issues but that has since been corrected and looks stunning on most HDR OLED screens.

I’m not going to lie to you,  TV+ doesn’t have A variety content like the last two streaming platforms but just enough where you could actually almost watch everything from their original TV block. Some good ones to check out would be Phyical, Ted Lasso, See and Mystic Quest. They also host original movies as well. Because it’s an Apple product(and depending if you have an iPad Pro or the latest iPhone with HDR retina features) The images and picture quality will be top notch, rich in color and some of the best resolution you’ll ever see.

Another fun fact about the  TV + Tv orginial shows: The hero of the story is always using an IPhone or other Apple product whilst the villain always ends up using the Android products which I find kinda cringy but you won’t be disappointed with what  TV+ offers in turns of content. Also, they have an  Music video channel and you’re always welcome to purchase the latest movies releases or tv shows through their extensesive library so you should be entertain additionally for a price.

This platform is a standalone streaming service for those who still enjoy network based entertainment from the dinosour media that still dominates traditional tv. Although now, Hulu has also joined other platforms in providing their customers with a few original series, that’s not what this platform is focus on exclusively. I’d say, if you wish to indulge in traditional network tv shows or would like the option to watch live tv like your boomer parents do back at home, then Hulu is your streaming companion. Otherwise, I only really use it personally to watch Family Guy, DAVE, and Rick And Morty. Also, for $6 a month, with the Disney +bundle, it’s an excellent way to watch most tv shows that you don’t mind not watching live( unless you’d like to shell out $64 a month to watch live tv, news and sports) I tried it and it’s not really for me since i honestly don’t watch a lot of live television.

How about The other streaming services?

Some honorable mentions to the streaming world aren’t that important in my personal opinion but are worth mentioning at least for the sake of this article since some of you will most likely use it. Note, I’m an Apple dude, so i don’t believe in Amazon video or not too crazy with Warner Brother Intellectual Properties either but here we go:

This streaming service usually handle several of the Warner Brother’s IPs such as, The Matrix, Harry Potter, Loney Tunes, Game Of Thrones and a host of other movies or tv shows. If you‘re too lazy to catch the latest DC Comic blockbuster at the theaters, just buy it on HBO MAX and enjoy it. Want to watch reruns of Will Smith on The Fresh Prince? HBO Max is where you’d use to catch these classic tv shows. Full House,and other classic sitcoms that were in distribution with Warner Brothers could be found on this platform. Any Mortal Combat Movie or show is on HBO Max Too.

What used to be referred as CBS All Access is now Paramount+ and offers alot of Viacom love children (including Spongebob) and some original content from MTV,E Network, CBS and other Viacom channels. I don’t have much to say about this service. If you’re into a talking sponge, Rich chicks who take selfies and marry basket ball players and divorce rappers or second rate Sci-Fi shows about people traveling t o far out planets, then you’ll probably like this streaming platform.

There’s a few things Amazon prime might have, but I’m not that much into it and don’t use the service. I used my exes account once, watched Garfield and Friends but nothing else. Honestly, i don’t watch it anymore and won’t sign up for an account. I’m not a fan of Jeff Bazos or the strenuous working conditions at his warehouses. So you tell me what Amazon Prime has to offer.

If you enjoyed this article, Subcribe to my channel here on Vocal, share, and if you’re generous, leave a tip. Thank you.