by The Nerd Habit 7 months ago in entertainment

Who really is the Chosen One? Were the Dursleys really that evil? Is Albus Dumbledore the Master of Death? 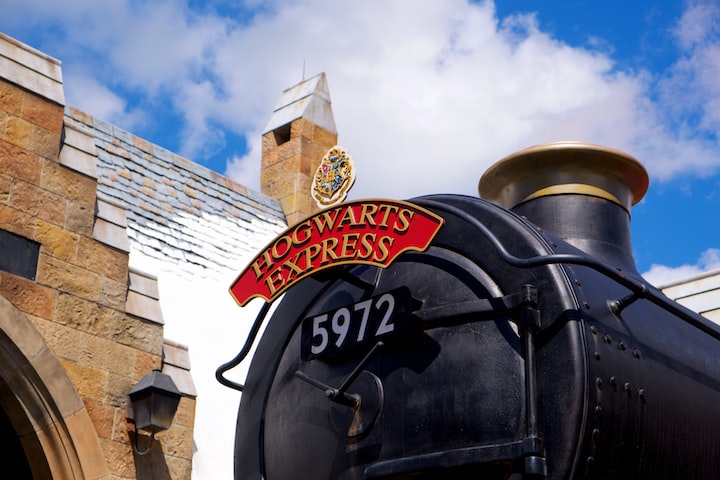 Photo by Brian McGowan on Unsplash

The Harry Potter books ended fourteen years ago. Still, one way the fandom loves to keep the magic alive is through Harry Potter fan theories.

I remember the first time I received a copy of Harry Potter and The Sorcerer's Stone. It was a hand-me-down from my big sister's book club books. Honestly, this one moment of being given a book no longer in use led to a lifetime of pilfering my older siblings' bookshelves when they weren't home or had moved away.

As my brothers were responsible for my lifelong love affair with Tolkien's written works, my sister shared with me the whole of the wizarding world. Even after my big sister moved away to college, my younger brother would excitedly tag along with me to midnight Harry Potter book releases and film premiers.

One of the best stories of my life is the time that our local movie theater oversold tickets to the midnight premiere of Half-Blood Prince. The theater tried to give out rain checks to return another time to see the movie. Nobody fought it. Nobody rioted. We were all upset, but nobody made any demands of the theater. In the end, enough of us had simply sat, sadly, on the curb outside of the theater, unsure of what to do next that the staff finally offered an additional showing at 3:00 am.

The passion for this fandom is something incredible to be a part of. Strangers became family waiting nearly four hours for the initial screenings to begin, conclude, and be reset. Groups wandered between the theater parking lot and the Wal-Mart a short walk away, returning with board games and snacks and pillows and blankets.

It was almost more a point of pride to have been included in the 3 am showing for the fans who could not leave than it was to be admitted to the midnight showing.

This fandom energy, passion, and dedication is, unbelievably, not only still alive but quite possibly even more vital today than it was on that night in my small corner of the world twelve years ago.

The Harry Potter fan theories continue to run rampant and grow each year. J. K. Rowling herself, through the use of her social media accounts, is one of the driving forces that keep these theories alive. Her frequent vague posts drive Harry Potter fans to dig deeper inside her magical universe.

Thinking of these theories got me excited to write an article about one of my favorites. After digging around for where to begin, I realized that I needed much more time and space to parse through each idea.

In a short series of articles, I will explore three of the most popular fan theories to date. The first article of the series will dive deeper into the idea that Professor Trelawney's prophecy not only COULD have applied to EITHER Harry Potter or Neville Longbottom but also that the chosen one was Neville rather than Harry. When I set out to write the article you are reading, I thought I would unpack this theory alone. The prophecy itself reads:

— Sybill Trelawney, Harry Potter and the Order of the Phoenix

That article will break the prophecy down into each statement and examine why they apply to Harry and Neville directly.

The second article in the series will explore the fan theory and the possibility that while the Dursley family were not the best people, their treatment of Harry could have been caused or influenced by the fact that Harry is one of Voldemort's Horcruxes.

Voldemort splintered his soul into fragments across several inanimate objects, his snake Nagini, and Harry in an attempt to gain immortality. Harry only became a Horcrux by accident after Voldemort attacked his family as an infant.

Finally, in the third article of the series, we look at my personal favorite of all fan theories. I will pick apart the possibility that Albus Dumbledore is the Master of Death.

In the Harry Potter franchise's seventh book and films, we learn about the Deathly Hallows.

Through the Hallows' tale, we learn of the three brothers who encounter Death and are each given a gift. Though presented as a fairytale within the book, Harry and his friends discover that the Hallows are very real. The tale explains that whoever unites all three Hallows will be the Master of Death.

What is your favorite Harry Potter fan theory? Did you see it here? Is it one we've never heard? Let me know, and it could be featured next!

I will focus on the Chosen One prophecy in the first article in the series that will debut right here on Monday, March 29 (pending Vocal approval.)

Join in on The Nerd Habit discussion! You can find us on Reddit, Facebook, Twitter, and our website! Join our communities today and let us know what you think of our stories and other nerd news!

The Nerd Habit brings you the latest video game, pop culture, and entertainment news that Nerds habitually seek out. Written by Nerds, for Nerds.

Receive stories by The Nerd Habit in your feed
The Nerd Habit
Read next: 7 YA LGBT+ Novels You Should Add to Your Summer Reading List