by bella garcia 2 years ago in tv
Report Story 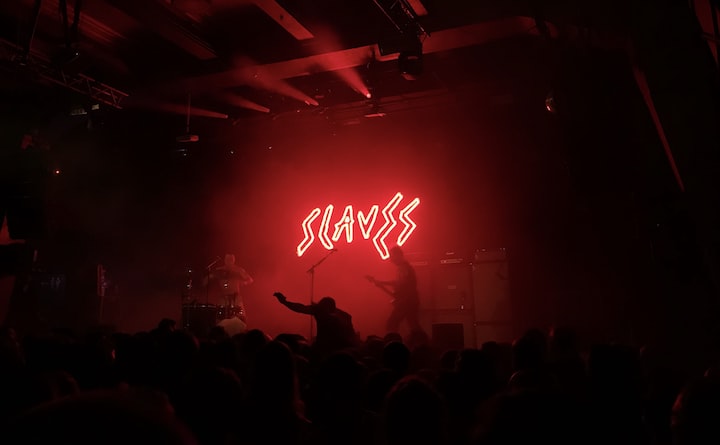 Photo by Jan Gemerle on Unsplash

The commander and offred continue their nightly game of Scrabble. the Commander gives Offred a present. A fashion magazine called beautique that was from before the fall of the United States. The ladies in the magazine look strange, like zoo animals.

Luke was married to another woman before June/offred. They met at a food truck where Moira was making fun of her tinder profile and asked Luke who was also waiting for his food, which picture would be best for her profile picture. He chooses a photo he says makes her look invincible.

Serena joy asked to see her outside to help with her flowers and was concerned she found out about the scrabble nightly games with commander Fred.

Janine is gushing about her baby. Offred is shopping with a few other Handmaids when they run into Ofsteven (formerly Ofglen) where she learns about Mayday. Ofglen grabs Offred before she can learn anything else.

She warns offred that she will not mess up her chances of being in a “good place” where she doesn’t have to be sleeping with men behind a dumpster for a pack of oxys. she’s clean, safe place to sleep and does not want offred to ruin that for her.

June has been meeting up with Luke for innocent lunches and finds out that Luke hasn’t told his wife about them. They go to a hotel, sleep together, and then Luke tells her he plans on leaving his wife for June. he is in love with June.

Serena Joy and Offred go to Nick’s apartment, where she waits as they have sex. They finish, and Serena Joy tells Offred to lie down in her room, after saying a prayer to encourage her to become pregnant.

(Emily/Ofsteven) is outside playing with a dog outside her Commander’s house. Grace suggests skipping the Ceremony tonight because she might get the flu, to which Emily reminds her she can’t be sick every month.

During the Ceremony, the Commander touches Offred’s thigh and looks at her, which is forbidden. She yells at him, telling him he cannot do that. She could get in trouble. He apologizes and admitted he thought it was too formal. She calms herself as he asks her if shed like a drink but says no. He then offers her another forbidden magazine.

The Commander tells her they thought they were building a better world, they knew that “better never means better for everyone, it always means worse for some.” children are the only thing women to do/have. Its biological destiny.

Love isn’t real, he says it just lust and something media made up to sell stuff. The commander then tells her what they did to Emily/ofsteven.

Offred ends up getting sick and throws up in the kitchen sink, where she runs into Nick. She asked him if he was an Eye which he says yes. He apologizes to her from earlier since he cannot say no to Serena. Nick tells her to go to bed before he reports her.

At the market, offred tells Emily, she knows what they did to her. Emily says mayday can’t use her anymore, but offred can help.

Offred runs into Emily/Ofsteven, who tells her to find Mayday and her actual name is Emily. then she steals a car and runs over a guard’s head, killing him instantly.

Offred sneaks into Nick’s apartment, where they have sex.

More stories from bella garcia and writers in Geeks and other communities.