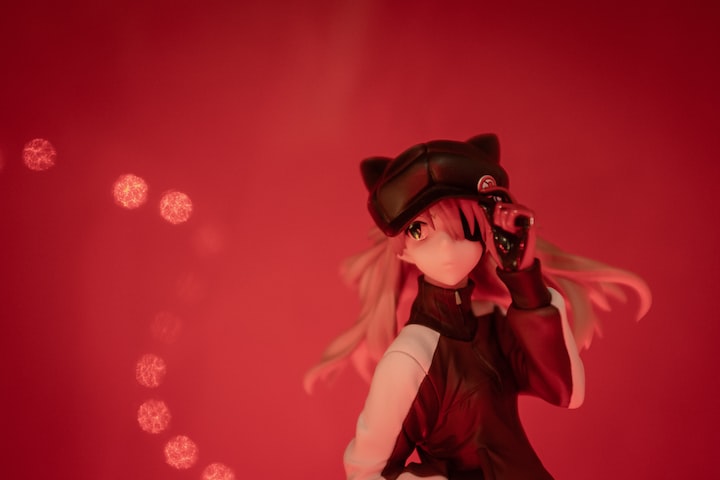 Photo by Ryan Yao on Unsplash

Full Metal Panic is a film that combines both action and comedy. The anime series depicts the alternate version of Earth where the Cold War did not end in 1991, and Mecha, known as Arm Slaves, first appeared on battlefields in the mid-1980s.

Not only has this technology had a significant impact on global politics, but it also enabled things like giant stealth submarines, invisibility screens, and even drivers to convert their thoughts into energy.

Whispered people are extremely valuable due to their rare characteristics. They are capable of special power to understand intense technology far beyond that of the average human. They are the source of this arcane technology.

With the story's progression, you will also be able to find an undercover paramilitary organization, Mithril. They have originated on this planet and are not deeply committed to any country and people, rather than hiring mercenaries from all over the world to fight with equipment or be more ahead of anything else in the world.

They carry out secretive operations to ensure global security, such as raiding drug factories and dealing with terrorists. They also want to defend the Whispered, which brings our two protagonists together.

In the meantime, Amalgam, a terrorist organization that has become a match for Mithril in terms of technology acquirement, has been making devious movements behind the scenes.

So, it is about the whole story. Now take a look at the proper order in which you should watch the entire anime series.

The series reminds an excellent balance between plot and character development. As-a-result it became a series that is neither too plotty nor too typical of Shonen anime. Full Metal Panic! also causes the plot to seem humorous while maintaining a serious connotation.

It combines the calmness of a military action anime with elements of high school romantic drama. If you like mecca or action movies in general, Full Metal Panic! is a must-see.

Released in 2002, Full Metal Panic is based on the first three light novels animated by Gonzo Digimation. Throughout 24 episodes, it describes four major storylines, with some lighter episodes punctuated between major events.

In this first plotline, Sousuke and Kaname confront each other, and a good relationship has made between them when Gauron sabotages the plane where Kaname was a school trip.

The second arc reveals Tessa and Kalinin investigating the actions of a terrorist organization, which was planning to unleash an AS behemoth on the world.

The third arc reflects Sousuke on a mission to Helmajistan, but not Kaname this time. It’s a dramatic storyline that involves both nuclear weapons and Gauron.

The fourth arc follows Kaname and Sousuke to a Mithril base, where they become intimately involved in Gauron's latest strategy to take over the Tuatha de Danaan.

Released in 2003, these 12-episode series evolved many of FMP's comedic short stories, so it does not cover any major plot points. It is still considered one of the craziest and well-animated comedy anime of the 2000s. It is strongly suggested for those who are complete fans of this anime series. The anime series is produced by Kyoto Animation, which made the company one of the prominent animated companies in the world.

After Fumoffu's successful campaign, Kyoto Animation animated this 13-episode series, which was released in 2005. This anime series is based on the fourth and fifth light novels, making it the most significant and vividly dangerous animated series.

It goes into greater detail about Mithril's battles with Amalgam, while Sousuke strives to find the right balance between his responsibilities and his developing relationship with Kaname. This section of the story also introduces Leonard Testarossa and Mithril's upper command structure for the first time.

Released in 2006, this OVA episode is a sequel to TSR, but its style is more consistent with Fumoffu's stupidity. It presents Tessa as she tries to figure out how she ended up half-naked on the bridge of the Tuatha de Danaan, as well as the different psychological oddities she finds about her crew members. It's a very funny small story that franchise fans should not miss.

It is the franchise's fourth television series. But this time, Kyoto Animation did not come back to make the fourth anime adaptation. Rather than, it was created by the Xebec studio. It launched in April of 2018.

Throughout Anime Expo 2017, the series' creator acknowledged that Full Metal Panic! Invisible Victory will be a "continuation" with no "explanation or expository episodes." The series had a total of 12 episodes. Tamaru and Yamada perform the opening and closing songs, "Even...if" and "Yes."

The storyline of this series centers around World War III conspiracies and the Soviet Union. Along with high-tech weaponry and guerilla warfare, this series became one of the favorite military genres for the fans, and they will surely enjoy it while watching.

If you're a fan of Full Metal Panic, you should watch it in the following order. You will be able to relive your childhood again with the new season of the series that is waiting for you.

That's enough to pique the interest of long-time franchise fans like me. Hopefully, this long-awaited comeback will bring Multiple Metal Panic! fans back together after a decade of waiting.

Read more watching order of the movies or series:

Haikyuu In Chronological Order: The Right Order To Watch Haikyuu

Receive stories by Aamir Kamal in your feed
Aamir Kamal
Read next: Does 'Toy Story 4' Line Up with the End of 'Toy Story 3'?